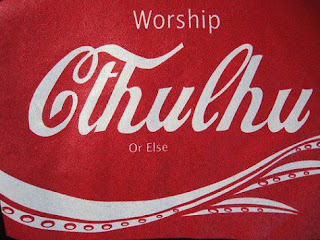 Stuart Zechman provides some insight into what the New Democrat Network (NDN) is all about:

I'd be happy to talk about why Obama (and his kind of Democrat) are obsessed with "modernizing" entitlements, from a policy perspective. This is from "The New Landscape of Globalization" by NDN's Bob Shapiro:

The fact is that the productivity gap between the United States and Europe and Japan has increased steadily for more than a decade, pointing to America's single most important economic advantage at a time for rapid globalization: basic competition is more intense inside the U.S. economy. Japan and Europe's large countries still maintain regulatory walls around much of their retail, wholesale, financial, business and personal service sectors, so they are still dominated by millions of inefficient, small companies with little incentive to change almost anything. America's more bare-knuckled competition at almost every level and aspect of its economy makes workers and companies less secure, especially in a time of galloping globalization and technological progress. It also forces companies and workers to change all the time, by using the latest technologies and business practices to improve something they make or do, or come up with new products, processes and ways of doing business.

You see, according to the policy guys at NDN, whose influence on the '12 Obama campaign caused Michael Scherer to laud their policy work as the "Most Important Chart in American Politics", our "single, most important economic advantage" here in the US is that, "at almost every level and aspect of its economy," America "makes its workers and companies less secure," thus forcing everybody to upgrade to Windows 8.

I sort of lost the will to make this post better when I heard the worst news ever: Iain Banks is dying. I love that man. We all do, but I loved him the minute I saw him climbing up the sides of the bar in the hotel at his first convention And every time I was sitting in a hotel room and he climbed in the window. One time he walked into the hotel lobby in Liverpool and came over and lifted me right up into the air. So exuberant, so full of life. I just can't believe it. When he started writing actual science fiction, I loved that, too, but as an individual, seeing Iain always made me smile, always made me happy, often made me laugh. I just don't know what to say.
A Personal Statement from Iain Banks

William Greider, "Why Was Paul Krugman So Wrong? [...] Like Krugman, governing elites dismissed critics and simply stated that free trade will be good for America because US energies and endless creativity are sure to prevail, as they always have in the past. Opponents like organized labor were typically ridiculed as backward Luddites, promoting what Krugman called 'disguised protectionism.' That label scared off major media. Reporters take their cues from the 'supposed authority' of business leaders and scholarly experts. At the most prestigious newspapers, reporters and editors simply ignored the substantive critiques of free trade orthodoxy as not worthy of their investigation. After thirty years, the case against free trade is still a taboo subject in respectable circles."

And now Brad Plumer is in the WaPo with, "The case for expanding Social Security, not cutting it". I marvel at how something that was unsayable only a few weeks ago is starting to be said. This is almost like if it had become possible in 2009 to talk about single-payer.

Jacob Bacharach (formerly Who Is IOZ?) on the not-very-good mea culpa from Ezra over Iraq, "Heroes in Error," is good - and good enough to actually get cited at The American Conservative. And also right. (Thanks to commenter Jcapan for the tip.)

Meanwhile, have you ever looked at Executive Order 13431?

"A Heartbreaking Drug Sentence of Staggering Idiocy" - and something that wouldn't be happening if our glorious leaders were really concerned with saving wasted money.

Glenn Greenwald's follow-up on various matters includes one on Assange's safety.
Good interview of Kevin Gosztola, on the Bradley Manning prosecutions, by Sam Seder on The Majority Report

"It Can Happen Here: The Confiscation Scheme Planned for US and UK Depositors"
"The Big Banks Are Still Getting A Pass

Librul Media watch:
April fool? Just your friendly neighborhood KKK.
"All three journalists look at the increasing dependence on these programs and come away puzzled: Why are so many people now getting disability and food stamp payments?"

In Forbes, "Why Veterans' Advocates Don't Like Chained CPI" - because, you know, it's a cut!

"If you can't make the American system as good as Britain's, make Britain's as bad as America. ‘Cause the parasites need feeding no matter what."

I hardly know what to say about this one: "Florida polo tycoon has difficulty adopting his 42-year-old girlfriend in order to keep assets away from bio-kids, ex-wife, family of guy he killed in a hit-and-run." (via)

"NRA gun instructor misses protest because (wait for it) he shot himself in the foot."

Chris Matthews claims he opposed the invasion of Iraq. Who knew?
Where are they now?

Pervcam the Sistine Chapel (via)

A thing I didn't know: In this video, the guy you see mostly from the back, a lot, lurching in front of the camera enough that you can catch his profile from time to time, is none other than Paul Williams. (Thanks to Farber for the tip.)

Forgive me for linking this picture.