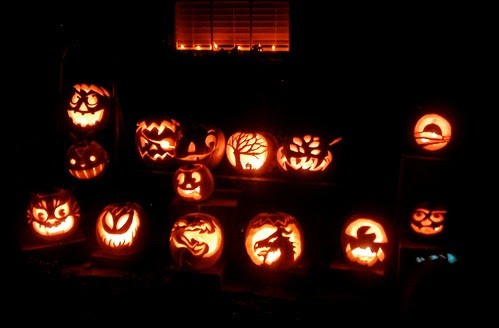 Bernie Sanders and Harry Reid have sent a letter, co-signed by 27 other US Senators, saying they oppose any cuts in Social Security to future or current beneficiaries in any deficit reduction package. (Don't know what the qualifier is at the end for.) Here's the letter. Look for your Senators' signatures. If they signed it, thank them. If they didn't, let them know you won't be voting for them unless you see their signature there.

A point not made often enough is that "finding a job" isn't like "hunting a deer" or "planting a garden."

Finding a job actually consists of persuading an entity (another person or a corporation) to give you money in exchange for some effort on your part. There are things you can do to increase your chances, but in the end it isn't your decision. If the effort you have to offer is of no interest to such an entity, you're out of luck.

In addition, if the only entities who are hiring have decided to offer their employees a wage less than what they need to survive, or (nearly as bad,) a wage less than the lifetime needs of their workers (which is roughly 2x the cost of immediate needs) then to work for them is to effectively sell your "stock", your effort, below cost.

No business which is forced to sell below cost can survive, so why would anyone expect people to do so?

When charities and governments step in to make up the gap, through food banks and other supports, this is a subsidy to business. Not a metaphor, a real subsidy.

(This made me think about that idea of "running government like a business", too: What business would refuse to use it's purchasing power for negotiating prices on an enormous buy like Medicare Part D?)

It's possible that even Kevin Drum is beginning to suspect that we won't get "the other half of 'Simpson-Bowles'", since he's actually asking the question at all. Of course, you know the answer already, but just in case, Atrios spells it out.
And a word from the wise: "As I've said before, I used to be a bit more optimistic about the government giving goodies to older people, as older people vote and the baby boomers are hitting that age. I was worried about privatization, as that's something which could've been successfully marketed long enough to ram it through, but otherwise I thought things would be fine. Dean Baker offers an explanation for why the hell the Democrats aren't running on a plan to double or triple Social Security benefits. Might be true. Still, they'd better consider doing it or the other party might get the idea to do it. Running on a plan to do it doesn't mean actually doing it, of course, but....

Papantonio, "Merck Puts Profits Over Patient Safety: "The pharmaceutical industry has one of the scariest business models of any corporation. Before they release a drug to the American public, they found out how many people could potentially be harmed from that drug, and how much they will have to pay out in lawsuits. And as long as the profits of that company would exceed the losses from lawsuits, they will happily release harmful drugs to consumers. Mike Papantonio talks about a few examples of some of the most dangerous drugs on the market today with Martha Rosenberg, author of the new book Born With a Junk Food Deficiency."

Black Agenda Report
Harold Green: "African Americans have lost a great deal in the last four years: more Black household wealth has vanished than at any time in history, for example. Even more disastrously, Black America may have lost its moral and political moorings. 'With Barack Obama at the helm, we seem not to be concerned about continuing our legacy of resistance and fighting for justice.' We risk becoming complicit in the most heinous crimes against humanity."
Jamel Mims, "Stop-and-Frisk Should be on Trial, Not Us."
Bruce Dixon, "The War Against 'Excessive Pensions' For Govt Workers Is War Against Black Families, Prosecuted by Our Black Elite."
Glen Ford, "Obama and Romney: Brothers of the Same Imperial Lodge"

What I still want to know about these curious documents was why they were found in a meth house.

Good gosh, this looks like it might be a real presidential debate.
You gotta wonder how Romney was ever elected in Massachusetts.

This is just MoveOn being partisan, but it's still lots of fun - A Message from The Greatest Generation - audio is definitely not work-safe. (via)

"The Island Where People Forget to Die" - I read stuff like this and want to live there, even though I know I'd get bored really fast. But it does seem like a lovely way to live.

Bellflower, Part One - celebrating 10 years of the 'Verse. (via)