The root of all evil 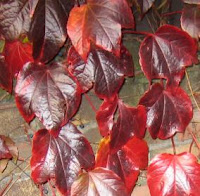 Neil Barofsky was the guest on Virtually Speaking with Jay Ackroyd. Some of you will remember that Borofsky was the Special Inspector General for oversight of TARP, and his book, Bailout: An Inside Account of How Washington Abandoned Main Street While Rescuing Wall Street, actually had warring reviews in the NYT (here and here) - which didn't hurt its sales at all, but may tell you a few things about how personal everything is. (Yves had a good take on the NYT hit piece.) [I have to admit to being a bit baffled by the audience reaction (in chat), where no one seemed to remember the crucial role one man played in saving TARP from oblivion. TARP was about to die from lack of interest (it had been widely - and justly - derided when first introduced), when Senator Barack Obama broke off in the middle of his campaign to rush back to Washington and browbeat Democrats into getting it passed. I keep trying to remind people of this - Bush couldn't get it passed, but Obama saved the day for him. However, no one wants to remember.] More background: "Companies that received bailout money giving generously to candidates."

My Twitter feed told me the other night that Romney wants to fire Big Bird and Charlie Rose. I try not to see too much Obamabottery in my feed, but I do link to a couple of people who tend to retweet people who go all-partisan in moments like this, and there was a lot about Romney lying. Someone noted that it was hard to disagree with Romney's position since he took all the positions on every issue. But plenty of people observed that Obama's performance was lackluster at best, and that Romney took the commanding role on stage. The clips I've seen certainly back that up. And, perhaps most tellingly, Obama seemed to have no come-back to anything Romney said, no matter how easy it would have been to drive a truck through it. Robert Reich wondered why Obama didn't go after him on Social Security, but I think Obama answered that question when he said that they mostly don't disagree on those issues. Reich's longer reaction is here. And, of course, Atrios is right. Sam Seder and Ari Berman agreed that Romney won the debate, and wondered where "the aggressive Obama" was. (I dunno, maybe nothing to say if there are no good opportunities for hippie-punching?) Ari was there to talk about voting rights, where the news is better than it was.

From Suburban Guerrilla, "They bring good things to life: Boy, this pisses me off. This is the company of Jeff Immalt, the head of Obama’s jobs council, which is supposed to figure out how to foster job growth - in America. He’s famous for closing plants, laying people off and cutting wages and benefits - and then moving operations to other countries."

Chris Floyd, "Pay in Blood: The Bipartisan Terror Machine Stripped Bare: In the category of 'the sky is blue,' 'fire is hot' and 'the sun rises in the east,' the Guardian reports on a new study showing that Washington's murderous drone killing campaign in Pakistan is 'counterproductive.'"

Teresa Nielsen Hayden has a follow-up to her previous post now that a former TSA agent has publicly said, "We steal from travelers all the time." Teresa reminds us: "This is the organization that has obsessively confiscated insufficiently small bottles of shampoo and hand lotion, made travel a nightmare for families whose toddlers' names happen to match names on the ever-expanding no-fly list, and had the expensive new high-tech scanners they developed rejected by potential customers in German airport security because they generate too many false positives. What doesn't the TSA do? Standard investigative work. Standard site security."

No one should ever have to write a post like this, but we live in a world where sometimes these things just have to be said.