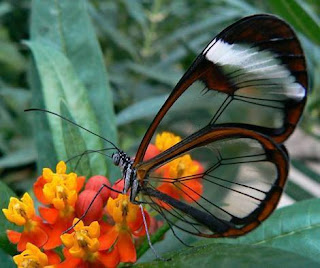 David Dayen and Gaius Publius were this week's panelists on Virtually Speaking Sundays, and discussed the trade deals and the Sanders campaign and its coverage. Homework for this one includes Gaius' article in Naked Capitalism on the press silence on the Sanders campaign, but David pointed out that the NYT isn't being silent anymore, although of course they still say things like, "Her mix of centrist and progressive Democratic views may yet prove more appealing to the broadest number of party voters as well, while some of Mr. Sanders's policy prescriptions - including far higher taxes on the wealthy and deep military spending cuts - may eventually persuade Democrats that he is unelectable in a general election." In addition, Gaius' article at Down With Tyranny!, "Why Is Malaysia So Important to TPP?" - and The First Black President's willingness to put the stamp of approval on slavery.
* Digby and Andrew Jeerer Jones were the panelists on last week's Virtually Speaking Sundays, discussing "in the Freedom Act; differential media treatment of Wako vs Baltimore; the latest from the republican klown car," with added commentary from Culture of Truth.
* "Macro economist Dean Baker and Jay Ackroyd discuss the role public sector unions have played in the labor movement, wage rates, pensions and economic growth and income equality" on Virtually Speaking.

"I've Read Obama's Secret Trade Deal. Elizabeth Warren Is Right to Be Concerned.: 'You need to tell me what's wrong with this trade agreement, not one that was passed 25 years ago,' a frustrated President Barack Obama recently complained about criticisms of the Trans Pacific Partnership (TPP). He's right. The public criticisms of the TPP have been vague. That's by design - anyone who has read the text of the agreement could be jailed for disclosing its contents. I've actually read the TPP text provided to the government's own advisors, and I've given the president an earful about how this trade deal will damage this nation. But I can't share my criticisms with you."
* Meanwhile, in political drama, Gaius Publius says, "Schumer Organized the Democratic Collapse on TPP," and "Don't forget to notice "progressive" Patty Murray's role in this. As a member of Democratic leadership, she seems to have had to choose between 'following the neo-liberal leader' - in this case, Barack Obama on TPP - and standing with all other progressives in the 'Democratic coalition,' including every labor union. Murray is choosing to play ball with Senate leadership against progressives. Watch her carefully going forward. This looks a lot like the victory of careerism over principle."
* "Here's how much corporations paid US senators to fast-track the TPP bill" Yes, Ron Wyden should lose his job for supporting this thing.
* David Dayen suggests the pro-TTP forces may be a bit desperate if they are putting out such lame attempts at hit jobs on Elizabeth Warren.

The 1973 Helms Act has unpleasant consequences for the victims of Boko Haram.

The media's sickening Sanders double standard: How the socialist brings out their true colors [...] "This is what happens after more than three decades of economic policymaking that has enshrined tax cuts as the greatest good one can strive for. For Republicans, the policy is tax cuts everywhere and always and most especially for the rich. For Democrats, it's tax cuts for the middle class while the wealthy, who benefit disproportionately from a tax structure that is 'barely progressive,' are asked only to 'pay a little more.' We've become so accustomed to historically low rates of taxation for the wealthy that when someone like Sanders comes along and says the rich can and should pay a far higher rate, people assume he's out to lunch. But is a 90 percent top rate 'obviously too high'? Is it something one should instinctively 'flinch' at? Not really..."

Watch This Atlanta TV Station Expose ALEC's Influence On Local Legislators - Good local reporting is what we need more of.

How to Keep Down Sky-High Hospital Bills - What everyone dealing with America's commercial medical system needs is a plan that looks at bills, calls BS, and writes its own bottom line. So far it's just employers hiring them to protect them from ridiculous costs, but maybe the people who don't work for those people should get together and form a kind of "union" to hire them to protect them, too.

Krugman on The Insecure American: "We learn, for example, that 3 in 10 nonelderly Americans said they had no retirement savings or pension, and that the same fraction reported going without some kind of medical care in the past year because they couldn't afford it. Almost a quarter reported that they or a family member had experienced financial hardship in the past year. And something that even startled me: 47 percent said that they would not have the resources to meet an unexpected expense of $400 - $400! They would have to sell something or borrow to meet that need, if they could meet it at all." But our leaders think we don't need an old "antique" like Social Security.

Reading "The disdain Hillary Clinton deserves on trade" in The Washington Post is a classic experience. It's written with open contempt for anyone who recognizes the damage these "trade deals" have done; however, it baldly admits that both Obama and Clinton pretended in 2008 to want to change NAFTA to make it more beneficial to Americans, but that Clinton was unlikely to have done so and Obama clearly didn't mean it at the time: "Clinton took about the same position and attacked Obama for every hint that he didn't mean it. And, of course, he didn't. Sophisticated observers at the time assumed that Obama and Clinton weren't being honest about their intentions, that both were level-headed enough to realize that the anti-trade sentiment in some quarters of the Democratic Party is neither warranted nor wise. These assumptions were all but confirmed when word came that Austan Goolsbee, at the time a top Obama economic adviser, assured the Canadian government that Obama's anti-trade positioning was more about politics than an indication of what he would do in the White House. The Obama campaign aggressively denied the claims, but a leaked Canadian government memo subsequently indicated something like that nevertheless happened." And then it goes on to call Clinton a coward because her current line of rhetoric and refusal to come out in favor of anti-American "trade deals" encourages all that nasty populist thinking on the left. Your "liberal media".

Arthur Chu in Salon, "Sci-fi's right-wing backlash: Never doubt that a small group of deranged trolls can ruin anything (even the Hugo Awards)."

This piece is a few years old but as someone whose familiarity with Rand's work is really that I saw the movie on my little black & white TV a couple times, it was nice to see the phrases that clarify why The Fountainhead never made sense to me.

"Homeless Shelter Is Transformed Into 5-Star Restaurant, Hot Food And Warm Hearts All Around"

This is cool: 3D Visualization of the Anatomy of a Tornado!

How to make a font in 9 hours

When Women Wanted Sex Much More Than Men