Why can't I pretend? 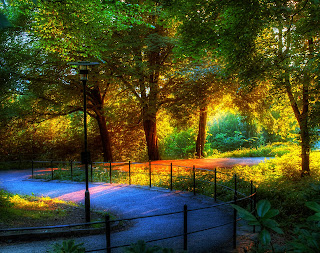 So, these links are a little stale, and instead of just dropping hints I'll come out with it: There's been a bit of cancer surgery going on. Found a small bump a while back - self-exam had missed it, but it was right on the surface and found it by accident. (Even knowing it was there, I still couldn't find it with a self-exam.) The docs were ecstatic to see it so small, so apparently early, and so close to the surface. A "special" cancer that doesn't much metastasize. They've been all cheery and bouncy from the git-go. Me, I'm always a pessimist about these things, but I figure the worst that can happen is that it won't kill me fast enough, so I find it hard to worry. The surgery doesn't hurt - I mean, there's nothing there but fat. The lymph biopsy left a lot of soreness and made it hard to scrub my back in the shower, and with all those nerves involved there were of course all sorts of weird twinges, but anyway it was clear. I couldn't raise my arm all the way up without pain but I just figured, well, not a good time to join the Nazi Party, then. My favorite part was the blue dye they shot me up with; for three days I was peeing peacock blue. Of course, everyone I mentioned this to accused me of being a smurf. Next up I think is they want me to do three weeks of radiation therapy, or that was the plan as of when I went into surgery Tuesday. When I asked about chemo they said they didn't foresee that at all, and I said good, because I don't think I'd agree to that. I have good reasons for feeling that way.

Cliff Schecter and Dave Johnson were the panelists on Virtually Speaking Sundays and talked about the game-changing nature of Bernie Sanders' announcement that he's running for president. Jay Ackroyd also had a guest post at Digby's place discussing how to take advantage of this.
Bernie Sanders on the Issues
And Stuart Zechman and Jay continued on the subject of Broadbased Politics.

I've been collecting TPP/fast-track links all along, and the situation moved faster than I could keep up with but the politics have been fascinating. Obama has been working harder on passing this passel of garbage than anything in his whole career, and just as he did during the 2008 primary campaign, he has proven again that trying to wreck the Democratic Party is just another step in his agenda. I've never, ever seen a Democratic President attack the most popular members of his party this way - a lame duck who is not running for re-election attacking leading contenders as if they were the opposition. And clearly, they are. Obama is pushing back against the astonishing, unexpected push-back from the democratic wing of the party, and the mail blasts have sent creepy little Obots out to try to spread the idea that Elizabeth Warren and Bernie Sanders are lying or conspiracy theorists - and even Harry Reid is in the line of fire. When Obama accuses Warren and Sanders of sounding like Sarah Palin, you know this guy is bad news.
* "Senate Democrats Are Revolting Against Obama's Trade Plan"
* "Obama Hurls Insults at Liberals on Trade: Progressives called ignorant, insincere, and motivated by politics, sparking fury among President's base"
* Timothy B. Lee: "The Trans-Pacific Partnership is great for elites. Is it good for anyone else?"
* Down in comments, ifthethunderdontgetya says: "I say 'Obama on the TPP sounds like Paul Ryan on the TPP.' In sharp contrast to Our President, I can back my comparison up."
* David Dayen, "The 10 biggest lies you've been told about the Trans-Pacific Partnership" - David also discussed this on The Majority Report with Sam Seder.
* So, Obama decided to go to Nike to give his TPP pep-talk. This is astoundingly appropriate, and of course his minions are out in droves to tell us we aren't supposed to disapprove because we sound like the president's Tea Party detractors. Funny how that happens.
* So the Senate voted against TPP on Tuesday (52-45), but didn't stand so firm on fast-track on Thursday.

"Feingold to run for US Senate seat: MADISON, Wis. - Democrat Russ Feingold has decided to run for his old Senate seat in Wisconsin against Republican Ron Johnson, who defeated him in 2010."

Dave Ettlin at The Real Muck: "Turmoil then and now: Racial tension haunts Baltimore across chasm of 45 years."

Paul Rosenberg is back on The Family beat: "Progressives can't trust Hillary Clinton: What's behind her bizarre alliance with the Christian right?" The Family, you will recall, is a sinister group that influences policy, and probably has a lot to do with some expensive and nasty programs that owe a lot to the Clinton administration.

Radley Balko says "This isn't 1968. Baltimore isn't Watts. And Hillary Clinton isn't Michael Dukakis. [...] We did see a few examples of overt racism from city officials in the months after the Ferguson protests. But a system like this, one created by racism, will produce racist results even if none of the cops, prosecutors, or judges are racist themselves."

"The Asshole Factory - Our economy doesn't make stuff anymore. So what does it make?"

14 year old girl suspended for her NSFW answers on this sex-ed condom survey - I'd be proud if that was my daughter.

If you can stand Facebook, I thought this video was good even though I still want to slap NARAL around for some of their awful "strategy" of caving in to "centrists".
* Also at FB, 3-D drawing.

An Interview With Wanksy, Penis Doodler and Pothole Avenger

RIP:
* B.B. King at 89. (Guardian, Telegraph tribute). You know you love it.
* Jayne Meadows, half of one of my favorite TV couples, with her (real life) husband Steve Allen, as Erlich's parents on St. Elsewhere. They were even funnier as themselves than they were as characters. (Of course, her sister Audrey was pretty famous, too.)
* I didn't notice that Annette Funicello died last month. A lot of guys used to rhapsodize about how she was the girl they grew up adoring. And a lot of girls wanted to be her.

"8 Essential Lessons We Learned From the Vietnam Antiwar Movement: The movement for peace in Vietnam has been erased from history, unremembered and dismissed by those in power."

Just a reminder: I keep seeing people scream and cry about the prospect that people might vote for a third-party candidate rather than Hillary Clinton, and of course invoking Nader in Florida as the agent of all our misery &etc. Because I guess it's easier to blame Nader than it is to blame an incredibly long list of dishonest and illegal voter-disenfranchisement actions and vote-rigging and the Supreme Court for making everyone ignore the fact that, dammit, Al Gore won the 2000 election. (Here's the NORC recount report (.pdf) for those who want to get into the weeds.)

I don't know whether I should be happy or frightened about this headline.

Matt Inman doesn't believe in evolution, he believes in Jibbers Crabst. I've already seen some leave Pastafarianism for this.

Gosh, I completely forgot about Zachariah. I didn't remember those now older and more familiar faces, either....