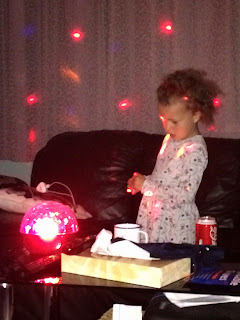 David Brin talked about how to deal with a surveillance society, history and social advances, and the fact that, as Tony Benn once said, every generation has to fight the same battles, on Virtually Speaking with Jay Ackroyd.
* Virtually Speaking Sundays

Bernie Sanders is running - it's official. And everyone is going to tell you he has no chance, but they said that about Reagan pretty much right up to the last minute. So take it seriously and he might just be president. Remember, it's the primaries that matter - don't let Hillary be anointed without a fight. (People are also going to say he copped out by running as a Democrat, but he wants to be heard, and this was the only way to do it. And we definitely want him to be heard - it can completely change the game to have Bernie out front on the discourse.) A lot of people will have serious reservations on his position on Israel, but that's an equation that's not going to change in Washington until the economics change and it restores democracy at home.

Democrats' Frustration With Obama Boils Over As Trade Bills Advance
* Obama escalates push-back against Elizabeth Warren and other trade deal critics
* "Obama Says Warren On Trade Sounds Like Palin Touting Death Panels." Jeez, what is he, a weird version of Rush Limbaugh? How about "Elizabeth Warren and Bernie Sanders are worse than Hitler!" Somebody's all fraidy of those crazy democratic types. "The President's alignment with Republicans, Wall Street, and corporate lobbying organizations like the Chamber of Commerce, and against progressives, labor, and almost all Democrats to push TPP is frustrating Democrats across the board." Frustrating? *sigh*
* "Elizabeth Warren Tells Obama To Put Up Or Shut Up On Trade [...] On Saturday, Warren and Sen. Sherrod Brown (D-Ohio) responded with a letter essentially telling Obama to put up or shut up. If the deal is so great, Warren and Brown wrote, the administration should make the full negotiation texts public before Congress votes on a "fast track" bill that would strip the legislative branch of its authority to amend it."

Gotta admit, after years of listening to the likes of Obama behaving as if Republican ideas are perfectly sincere and reasonable, it's refreshing to hear O'Malley calling them what they really are. But O'Malley has a lot to answer for himself, and if we take a look at what's been going on right now in Baltimore, it goes right to his doorstep....

Just in case you were thinking this is about race, check out David Simon on Baltimore's Anguish, where he points out that we're not talking about the classic all-white police force. Among other things: "The drug war began it, certainly, but the stake through the heart of police procedure in Baltimore was Martin O'Malley. He destroyed police work in some real respects. Whatever was left of it when he took over the police department, if there were two bricks together that were the suggestion of an edifice that you could have called meaningful police work, he found a way to pull them apart. [...] There were two initiatives. First, the department began sweeping the streets of the inner city, taking bodies on ridiculous humbles, mass arrests, sending thousands of people to city jail, hundreds every night, thousands in a month. They actually had police supervisors stationed with printed forms at the city jail - forms that said, essentially, you can go home now if you sign away any liability the city has for false arrest, or you can not sign the form and spend the weekend in jail until you see a court commissioner. And tens of thousands of people signed that form."
* Dave Ettlin remembers some lessons of his time on the police beat: "Baltimore's Riot of 2015: In the matter of Freddie Gray the 'routine' has vastly changed."
* Charles Pierce on Baltimore Burning: A Bad Night Ahead: "Why in the hell does this country never learn? Why does it never learn that invasion and occupation and bombing is not the way to spread democracy and virtually always comes to blowback and ruin? Why does it never learn that reactionary, militarized policing will inevitably lead to rioting, which will inevitably lead to repressive techniques that the rest of the country, watching on television, will approve? The whole world is watching? Yes, the whole world is watching and applauding every burst of the water cannon and every swing of the truncheon. The country never learns because, goddammit, Americans never learn. Dr. King was right about an eye for an eye. The country is blind." And "Baltimore Burning: The Morning After And The Day Ahead."
* Ta-Nehisi Coates on "Nonviolence as Compliance: Officials calling for calm can offer no rational justification for Gray's death, and so they appeal for order."

"American Psychological Association Bolstered C.I.A. Torture Program, Report Says: WASHINGTON - The American Psychological Association secretly collaborated with the administration of President George W. Bush to bolster a legal and ethical justification for the torture of prisoners swept up in the post-Sept. 11 war on terror, according to a new report by a group of dissident health professionals and human rights activists."

Judith Miller explains to Brian Lamb why she was such a lousy reporter and reported only what the government wanted her to write. And doesn't know it. Perhaps some future Lincoln can meet her and say, "So you're the little woman who wrote the lies that started this stupid war."

My favorite story from this episode of Act Out! is the story of the unauthorized installation in the park of a bust of Edward Snowden. Not the best likeness, but a great idea. I loved that when the police arrested it a few hours later, a hologram of it appeared. The Guardian has an update.

When people ask me what science fiction TV shows I watch, I always mention CSI, because it is. I find it hilarious to think that prosecutions are driven by The Evidence, which is always so remarkably precise! Which is the first thought I had when I saw the story about how the FBI has been "exaggerating" DNA evidence from hair. "The Justice Department and FBI have formally acknowledged that nearly every examiner in an elite FBI forensic unit gave flawed testimony in almost all trials in which they offered evidence against criminal defendants over more than a two-decade period before 2000."

"Enron Billionaire Arnold Has A Problem with Librarians' Pensions."

Ron Paul actually has a couple of insightful ideas and policies, but he also has some very crappy ones. However, his son is skating on dad's rep without having even that much substance.

"Not a Tea Party, a Confederate Party [...] Here's what my teachers' should have told me: 'Reconstruction was the second phase of the Civil War. It lasted until 1877, when the Confederates won.' I think that would have gotten my attention."

Is it objectification to think Brian Cox is hot?

Judith Tarr is guesting at Charlie Stross' place. I hadn't really thought about how all the psi stuff seems to have disappeared from science fiction, but it's an interesting piece about the rigidifying of the lines between science fiction and fantasy.

"The Photography Book London Officials Never Wanted You to See: Subterranean London compiles the images of a dozen photographers who explored the city's underground spaces without permission."

I don't know how I failed to link to the dead parrot at the time.

The Cau Rong Dragon Bridge in Da Nang is kinda cool. (I kinda like this video better.)

I can't believe I don't have these already.