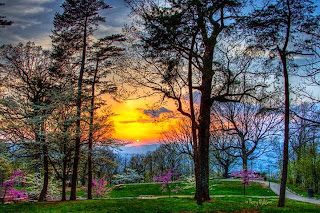 Okay, since a few people know and a lot of other people have guessed, I'll admit that this medical crap is kind of suppressing a lot of my ability to focus on blogging. If my doctors are to be believed, I will be just fine, although there will be some period where I will likely be very short of enthusiasm for, well, moving.

RIP Leonard Nimoy, at 83. I never met him or anything like that, but everything I knew about him told me he was cool, kind, and fun. Lot of sadness in my world the moment the news broke. And here's Leonard Nimoy's last tweet.
William Shatner stole Leonard Nimoy's bike.

Appropriately, as a guests on Virtually Speaking Sundays, Spocko and Digby, both commentators on media, commemorated Leonard Nimoy and discussed his impact on our way of thinking in his most famous role.

"FCC overrules state laws to help cities build out municipal broadband: Before it tackles net neutrality, the FCC is setting a major precedent for municipal broadband: it's just voted to preempt state laws that were preventing two cities from building out their own locally run broadband networks. The decision was prompted by separate petitions from Wilson, North Carolina, and Chattanooga, Tennessee - both cities that've established high-speed, gigabit internet services, but have been barred from expanding to neighboring communities due to existing state laws. So far, 19 states have similar regulations to those that the FCC is overriding in Wilson and Chattanooga, but today's ruling affects only those two specific cases." We need to make this national.

If you heard that Obama vetoed the Keystone Pipeline, understand that that's not quite true. He vetoed a step of process, not the bill. But gee, it I'm sure it sounds good to uninformed Obama supporters.

Charlie is on A different cluetrain and lists the axioms of a paradigm shift in political reality as the Robber Barons once again take control of the terrain.

Google decides to do evil, then relents. Banning adult content was obviously a stupid idea. I can't imagine who came up with it in the first place. What were they drinking?

This is interesting: "Actress Emma Thompson and her husband refuse to pay 'a penny more' in taxes until HSBC tax evaders go to jail. [...] 'I want to stop paying tax, until everyone pays tax,' Wise told the Evening Standard. 'I have actively loved paying tax, because I am a profound fucking socialist and I believe we are all in it together. But I am disgusted with HMRC. I am disgusted with HSBC. And I'm not paying a penny more until those evil bastards go to prison.'"

Atrios has been keeping me up to date with Rahm Emanuel's problems (and also makes a side point about the reason something called "neighborhood schools" used to be universally regarded as a good thing) and why he's having them. And he really, really is a horrible person. And the revelation that the Chicago police have their very own black sites certainly didn't enhance his image as a man who stood for Truth, Justice, and The American Way. The possibility that Chicago could be getting rid of Rahm and replace him with someone who actually cares about citizens seems almost too good to be true.

From the only official to go to prison in connection with torture: "CIA Torture Whistleblower: US Government Lacks 'the Guts' to Face Its Crimes: John Kiriakou's advice to future national security whistleblowers: 'Get a lawyer first.'"

No one could have predicted that Obama would support Rahm Emanuel's campaign.

An incomplete list of lies our news media told

Greg Benford has posted his Trapdoor article about the legendary Sidney Coleman online. There's a reason why some of our friends thought Terry Carr must have made him up, but I can testify that he was very real and just as cool and funny as the legends specified.

Trailer for Joss Whedon's In Your Eyes

Marvin Gaye, "Too Busy Thinking About My Baby"