All I gotta do 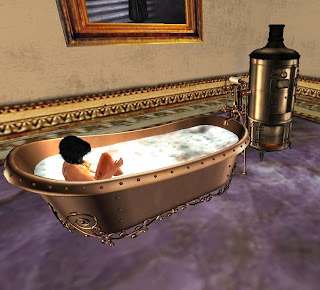 Last week on Virtually Speaking Sundays: "Obama declaring he should have closed Gitmo on day one; Israel; Republican presidential candidates. Commentary from Susie Madrak (Managing Editor, Crooks and Liars) & Michael Brooks (contributor and producer for The Majority Report). Political satire from Culture of Truth. Jay Ackroyd moderates."
- This week, Digby and McJoan discussed how Democrats messed themselves up over Social Security, how Atrios changed the story, and victories that could reshape even the Democratic leadership with some effort on our part - Patty Murray for party leader?

"Analysis of Leaked Trans-Pacific Partnership Investment Text: After more than five years of negotiations under conditions of extreme secrecy, on March 25, 2015, a leaked copy of the investment chapter for the Trans-Pacific Partnership (TPP) was posted. Public Citizen has verified that the text is authentic. Trade officials from the United States and 11 Pacific Rim nations - Australia, Brunei, Canada, Chile, Japan, Malaysia, Mexico, New Zealand, Peru, Singapore and Vietnam - are in intensive, closed-door negotiations to finish the TPP in the next few months. The leaked text provides stark warnings about the dangers of 'trade' negotiations occurring without press, public or policymaker oversight. It reveals that TPP negotiators already have agreed to many radical terms that would give foreign investors expansive new substantive" (.pdf) This is what the original Boston Tea Party was really about, you know.

I don't usually lead with climate change, but "Gulf Stream is slowing down faster than ever, scientists say" scared the hell out of me.

Doesn't it seem strange to see an actually sensible column like "The one sensible budget in Washington", about the Progressive Caucus' "People's Budget", in The Washington Post?

"Activist pulls out of Trinity College talk due to 'restrictions' aimed at not 'antagonising' Muslims [...] Iranian-born Maryam Namazie was due to give a talk to the Society for International Affairs on Monday on ‘Apostasy and the rise of Islam' but decided to withdraw from the event after college security imposed 'certain conditions'. 'I've just been informed... that college security (why security?) has claimed that the event would show the college is ‘one-sided' and would be ‘antagonising' to Muslim students,' she wrote on her blog." Which is interesting, since they did not do the same when someone who advocates killing apostates spoke there.
- Meanwhile, is it really safe to protect students from "offensive" debate? "'It's amazing to me that they can't distinguish between racist speech and speech about racist speech, between racism and discussions of racism,' Ms. Kaminer said in an email. "

At Naked Capitalism:
- "Bill Black: The DOJ and the SEC Spurn their Ace in the Hole - Richard Bowen." That would be because everyone wants to protect the banksters.
- "Epic Fail for the Postal Service: The Wrong Model and the Wrong Board"

"Waka Flocka Flame Didn't Make Anyone Say the N-Word [...] This is no defense of Waka, an awful rapper whose tracks sound like they come from a "Chappelle's Show" skit about awful rappers. But..."

What Atrios said: "If only there were some press outlets and television networks that would give some attention to Senator McCain in order to disprove his point. Oh, wait..."

Rahm needs Republicans. And it sounds like he may get them.

Erick Erickson of Red State notices a problem with his party: "What the hell does the GOP stand for anymore other than 'we're not Obama'? No kidding. He's more competent. The GOP, at this point, stands for nothing and the highest bidder at the same time." Now, if only Democrats can stop standing for nothing more than, "At least we're not the Republicans," not to mention the highest bidder....

Police who stand with big sticks

Taylor Mali: "What do teachers make?"

"Okay, but it's not just about getting paid to prance around in a princess costume."

Many years ago, I was sitting around chatting with Christopher Priest and Rob Hansen and somehow we ended up with Chris talking about being a baby accountant and going up to Liverpool and finding out about the Cavern Club and meeting some people who would change his life. And we made him write it all down for us so we could make a one-shot fanzine and get a few other of our favorite people to contribute to it, and that fanzine was Chuch and that article was "Thank You, Girls".