I look for the light through the pouring rain 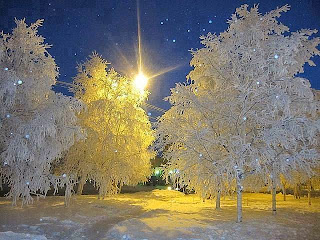 Digby and David Dayen (dday) panelists last week on Virtually Speaking Sundays, discussing the "Supreme Court decision to revisit the constitutionality (!) of the PPACA exchanges; speculated on a GOP with control of the legislature, but no chance of overriding a veto; and celebrated (!) the hopeful news on net neutrality. Plus the Most Ridiculous Moment from satirist Culture of Truth."

David Dayen at Salon: "Grossest midterms winner not GOP! Why K Street is readying an 'orgy of lobbying': The saddest people in Washington during the past two years of unrelenting legislative gridlock ply their trade on K Street. When there's no hope of passing laws, there's no reason to hire expensive lobbyists to push for them. According to the Center for Responsive Politics, lobbyist spending fell 12.5 percent in 2013, and is on target to decrease even more this year. Some have speculated that lobbying has just gone underground into less-regulated spheres, funneled through nonprofits and 'astroturf' organizations. But if that were the case, K Street firms, mired in a three-year slump, wouldn't be so enthralled by the imminent transfer of Senate power to the GOP. 'We're very excited,' said one Republican lobbyist. 'There's going to be more activity ... Corporations and trade associations affected by Washington power will be looking to invest in those policy decisions.'"

David Dayen at The Fiscal Times: "The So-So Society: Democrats Have Forgotten What Made Them Great [...] Whether or not these points have merit, they are limited by the narrow range of mainstream party ideology. This is not the Democratic Party of your great-grandfather's New Deal or your grandfather's Great Society. The takeover of the party by more business-friendly interests - which ironically (or perhaps not) dates back to right around 1973, when wages decoupled from productivity - necessarily impoverishes the imagination around issues of economic security and prosperity."

Matt Taibbi, back at Rolling Stone, on "The $9 Billion Witness: Meet JPMorgan Chase's Worst Nightmare - she was there and she saw the disaster unfolding as Jamie Dimon's fraud machine went into action. But then she watched as Eric Holder made sure no one was held to account: "Fleischmann winced. Fully fluent in Holder's three-faced rhetoric after years of waiting for him to act, she felt that he was patting himself on the back for having helped companies survive crimes that otherwise might have triggered crippling regulatory penalties. As she watched in mounting outrage, Holder wrapped up his address with a less-than-reassuring pronouncement: 'I am resolved to seeing [the investigations] through.' Doing so, he added, would "reaffirm" his principles. Or, as Fleischmann translates it: 'I will personally stay on to make sure that no one can undo the cover-up that I've accomplished.'" Sam Seder interviewed Taibbi about the article on The Majority Report.

Matt Stoller at Naked Capitalism: "Why the Democratic Party Acts The Way It Does [...] Everything is put on the table, except the main course - policy. Did the Democrats run the government well? Are the lives of voters better? Are you as a political party credible when you say you'll do something? This question is never asked, because Democratic elites - ensconced in the law firms, foundations, banks, and media executive suites where the real decisions are made - basically agree with each other about organizing governance around the needs of high technology and high finance. The only time the question even comes up now is in an inverted corroded form, when a liberal activist gnashes his or her teeth and wonders - why can't Democrats run elections around populist themes and policies? This is still the wrong question, because it assumes the wrong causality. Parties don't poll for good ideas, run races on them, and then govern. They have ideas, poll to find out how to sell those ideas, and run races and recruit candidates based on the polling. It's ideas first, then the sales pitch. If the sales pitch is bad, it's often the best of what can be made of an unpopular stew of ideas. Still, you'd think that someone, somewhere would have populist ideas. And a few - like Zephyr Teachout and Elizabeth Warren - do. But why does every other candidate not? I don't actually know, but a book just came out that might answer this question. The theory in this book is simple. The current generation of Democratic policymakers were organized and put in power by people that don't think that a renewed populist agenda centered on antagonism towards centralized economic power is a good idea. The book, however, is not written by a populist liberal reformer. It's written by one of the guys who put the current system in place. And it's a really good and important story. The New Democrats and the Return to Power is the book, and Al From is the man who wrote it. From was one of the key organizers of this anti-populist movement, and he lays out his in detail his multi-decade organizing strategy and his reasons for what he did."
- John Emerson, "- Anti-populism one more time"
"Open Letter to Democrats From a Disillusioned Young Voter"
- Mike Flannigan on how "centrist" Democrats and their lies are a gift that keeps on giving - to the farthest right Republicans.
- Down With Tyranny!: "The Class of Rahm -- Why Not Move Beyond That Kind Of Disastrous Politics" (Related: "Rahm Took Campaign Cash From Companies Doing Business With Chicago" - He's a criminal. We need to get rid of this creep.)

"Local Officials Encourage Police To Seize Cars, Flatscreen TVs, And Computers From Civilians: Cops have the authority to seize items they suspect are linked to a crime, most individuals can't afford a lawyer to fight the forfeiture. And once the property is taken, it's extremely rare that they ever get it back." The perfect robbery - steal people's property and dare them to try to get it back. With a great presentation from John Oliver on Civil Forfeiture.

Banksters ignoring the courts some more - collecting on debts you no longer owe.

For the First Time Ever, a Prosecutor Will Go to Jail for Wrongfully Convicting an Innocent Man

Yves Smith updates us on the AIG bailout and tells us ISPs are removing customers' email encryption.

"Extreme Wealth Is Bad for Everyone - Especially the Wealthy" (Actually, I still don't buy "especially the wealthy" - it doesn't actually kill them.)

Man, I used to see McPherson in the WaPo for years, it's kinda scary and depressing to see him writing about what it's like to be poor - this was a guy who was the epitome of success for journalists, a Pulitzer winner and all. But it's a good piece.

Mrs Tara Plumbing: "Why I don't think Julien Blanc should be banned and I won't sign the petition" - I do wonder about people who even have time to get so exercised about such garden-variety sexism when the whole country is being taken apart from the top.

Benedict Cumberbatch on what Sherlock would be like on a date.

Steve Winwood performing "Georgia on My Mind" with The Spencer Davis Group, 1967.