I ain't quite a ready for walkin' 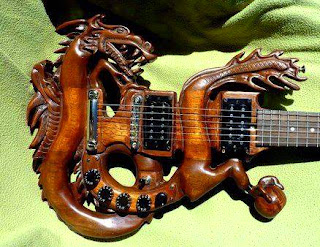 This week on Virtually Speaking Sundays, Jay Ackroyd asked Stuart Zechman, "Why can't we have nice things?
On Thursday, RJ Eskow talked about Insiders vs. Outsiders.

"Exiting the Vampire Castle" is an important piece I wish more people who think they are doing good work would read. Look, you grew up here, you're bound to say stupid things from time to time. If everyone who might say something stupid is afraid to speak because they are going to get called out and branded a sexist/racist/size-ist/looksist oppressor for all time, it's not going to do a damned thing to improve the lot of women or minorities or anyone else. The first law of the Vampires' Castle is: individualise and privatise everything. While in theory it claims to be in favour of structural critique, in practice it never focuses on anything except individual behaviour. Some of these working class types are not terribly well brought up, and can be very rude at times. Remember: condemning individuals is always more important than paying attention to impersonal structures. The actual ruling class propagates ideologies of individualism, while tending to act as a class. (Many of what we call ‘conspiracies' are the ruling class showing class solidarity.) The VC, as dupe-servants of the ruling class, does the opposite: it pays lip service to ‘solidarity' and ‘collectivity', while always acting as if the individualist categories imposed by power really hold. Because they are petit-bourgeois to the core, the members of the Vampires' Castle are intensely competitive, but this is repressed in the passive aggressive manner typical of the bourgeoisie. What holds them together is not solidarity, but mutual fear - the fear that they will be the next one to be outed, exposed, condemned."

None of the obits I've seen before have mentioned it, oddly, but for many of us, this will always be Robin Williams: Mork and Mindy Season 1 Episode 1 Pilot.

Stephanie Kelton was RJ Eskow's guest on The Zero Hour.

Marcy Wheeler notes that the government keeps freaking out over The Intercept, thereby raising its profile. "The government has chosen to make it a Big Story that at least one more person has decided to leak the Intercept documents." Well, better that than having to admit their terrorist watchlist is getting to just be a watchlist of people who have nothing to do with terrorism.

Martin Longman in The Washington Monthly, "It's Not Easy to Hold the CIA Accountable [...] By any normal standard, John Brennan would be prosecuted for his actions. But he is being protected by the administration. I don't think this is best explained by the idea that Brennan is doing a good job in other respects. He's a major embarrassment to the administration and protecting him makes them look extremely bad. From the very beginning of his administration, I think President Obama has simply been afraid to take on the Intelligence Community. And his official rationale is morally bankrupt."
PS. Hail Hydra. Seriously, they had to call it Hydra?

The water news is scaring the hell out of me. Lots of places where you can't drink the water, or the water levels are frighteningly low. (Thanks to commenter ifthethunderdontgetya.)

Ever since they started lying about alleged falsehoods in Michael Moore's movies, it has been a right-wing tactic to make stuff up about why a particular critique from the left that might get people's attention is academically unreliable. It's not actually a surprise that they are accusing Rick Perlstein of various academic sins. It could be argued that his publisher's decision to put the notes online rather than in the book itself is a mistake (personally, it makes me pretty uncomfortable), but that says nothing about whether the book is well-researched and uses its citations legitimately and properly. Calling it "plagiarism" when the citations are marked in the text, even if you have to go online to read them, is simply wrong. The citations are marked and accessible, it's not stolen material. Perlstein discussed his new book, The Invisible Bridge: The Fall of Nixon and the Rise of Reagan, as well as the phony attacks, with Sam Seder on The Majority Report.

Mark Regev, deciphered: "This is good. The video above was created by Alex Nunns, who subtitled a BBC interview with Israeli spokesperson Mark Regev. The interview follows the Israeli bombing of an UN school in Beit Hanoun that killed at least 16 Palestinians." (Thanks to commenter ksix.)

"How We Imprison the Poor For Crimes That Haven't Happened Yet [...] 'Evidence-based sentencing' describes the use of data-driven 'risk assessments' in the sentencing phase of criminal trials. This means that people convicted of crimes are given a 'risk score' based on some formula that purports to predict what their risk is of committing more crimes in the future. Are you detecting a few possible problems with such a practice? Yes! I sincerely hope that you are! First of all, these formulas are obscure and not transparent; second of all, the formulas incorporate demographic information such as 'unemployment, marital status, age, education, finances, neighborhood, and family background, including family members' criminal history' which clearly skew them against members of certain socioeconomic groups; and, most importantly, this practice condones people being sentenced more harshly based on predictions of things they haven't done yet." Via Atrios, who congratulated us for being so generous to the poor.

Lee Camp on How To End Police Brutality AND Homelessness

You know, even for Ted Rall, I thought this cartoon was particularly bitter.

Thanks to BruinKid at DKos for telling me what was in Jon Stewart's piece on the invasion of foreign babies and immigration.

John Oliver on the Wealth Gap

The true corporate flowchart - It's all so clear....

"Why film schools teach screenwriters not to pass the Bechdel test"

RIP: Charles Barsotti, who drew cartoons for The New Yorker from the '60s right up until his death last June. In the most fitting tribute, many of those cartoons have been posted at the link.

The little girl in some of the pictures I've been posting is the Baby Hurricane, the child of the best sysadmin in the world. He's a lily-white English cavefish from the West Country, and the baby's mom is dark chocolate Carribean woman who works too hard. So Daddy brings the baby over sometimes to wreak choas in our house for a couple of hours and she just makes me laugh and laugh. In recent photos, she destroyed the District Line, walked on the beach, and held a tea party.