Sometimes I wonder, will I ever be the same? 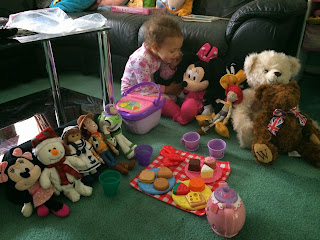 David Dayen, at Naked Capitalism, "Financial Predators Move On From Foreclosure Rescue, Enter Student Debt, Military Lending Spaces" - They're still allowing the originating scams on mortgages to continue, but at least they are starting to go after the rescue scams.
- at The Fiscal Times, "From Public Service to Lobbyist - The Revolving Door Is on Auto Pilot" - a little list of corruption atrocities.

Charlie Pierce, "The Tar Comes Home: Almost unnoticed with all the noise surrounding our old friends, the Keystone XL pipeline, the continent-spanning death funnel that aims to bring the world's dirtiest fossil fuel from the blasted environmental moonscape of northern Alberta to the refineries of Texas, and thence to the world, is the fact that a lot of the current mobilization by environmental activists is aimed not so much at the pipeline as at the poisonous glop it carries. Moreover, the controversy over the pipeline has almost completely obscured the fact that the extraction industries want to create a blasted environmental moonscape out in Utah, home of some of the country's loveliest natural moonscapes. Both of these elements have come together in the last week or so. Some 21 activists, many of them from the Ute tribe, were arrested last Monday for chaining themselves to the fence of a construction site in the Book Cliffs Mountains. This fight has been going on, largely out of the spotlight, for years and, once again, our oil-drunk neighbors to the North are behind it. Pretty soon, Joni Mitchell isn't going to be enough of an alibi, folks."

Dan Froomkin at The Intercept, "It's About the Lying: I don't want to understate how seriously wrong it is that the CIA searched Senate computers. Our constitutional order is seriously out of whack when the executive branch acts with that kind of impunity - to its overseers, no less. But given everything else that's been going on lately, the single biggest - and arguably most constructive - thing to focus on is how outrageously CIA Director John Brennan lied to everyone about it. [...] Figuring out how to right the constitutional imbalance between the branches of government, as exposed by this CIA assault on Congress, is very complicated. But doing something about lying isn't. You need to hold people accountable for it. History will assuredly record that President Obama lied about a number of things, particularly as he carried water for the intelligence community and the military. But he's no Cheney. So if you're the president, you fire everyone who lies. Starting with John Brennan."

When Benjamin Netanyahus sounds like Joseph Goebbels. You know, I'm really sick and tired of hearing about how Palestinian terrorists "hide" among the general population and keep their weapons in (unused) school buildings. As opposed to - what? Living in and keeping their weapons in their massive military bases? The Israeli government is bombing civilians because they are trying to terrorize Palestinians into submission, period. It's the whole point of what they are doing.
"Hiding War Crimes Behind a Question"
"Analysis: Hamas history tied to Israel" (2002)
Humanize Palestine.

An angry letter regarding Graham Chapman

Jonathan Ross at the Eisners

Fun with costumery (I especially liked the bunnies.)

The Four Tops, "Baby I Need Your Loving"