Who was that man? I'd like to shake his hand 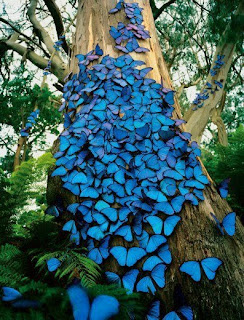 Marcy Wheeler and BMAZ on Virtually Speaking Sundays about the military's war on media freedom, after Chelsea Manning's op-ed in the NYT, " The Fog Machine of War".

Lina Khan in The Washington Monthly, "Thrown Out of Court: How corporations became people you can't sue [...] All this may seem like an archetypical story of our times, combining corporate misconduct, cyber-crime, and high-stakes litigation. But for those who follow the cutting edge of corporate law, a central part of this saga is almost antiquarian: the part where Target must actually face its accusers in court and the public gets to know what went awry and whether justice gets done. Two recent U.S. Supreme Court rulings - AT&T Mobility v. Concepcion and American Express v. Italian Colors - have deeply undercut these centuries-old public rights, by empowering businesses to avoid any threat of private lawsuits or class actions. The decisions culminate a thirty-year trend during which the judiciary, including initially some prominent liberal jurists, has moved to eliminate courts as a means for ordinary Americans to uphold their rights against companies. The result is a world where corporations can evade accountability and effectively skirt swaths of law, pushing their growing power over their consumers and employees past a tipping point." Khan discussed the article with Sam Seder on The Majority Report.

Sammy also talked to Jack Schneider about The War on Teachers & Democracy. He diplomatically didn't say anything about his co-blogger, Michelle Rhee. Meanwhile, Alan Bennett wrote an attack on private education in the Guardian.

Sterling Newberry has a paper up on economics, "Recession and unemployment", which I haven't finished reading yet, but it's good to see him back in the saddle.

It seems Justice Scalia has a little trouble discerning the difference between not liking something and, you know, an establishment of religion. As a matter of personal offense, of course, the people who should be most outraged at public displays of false piety that harness the trappings and talismans of faith to political posturing and tribalism would be the Christians who should recognize this blatant flouting of the teachings of Jesus for cynical purposes. That is personal. But letting the government do it is an affront to the 1st Amendment, which one would think a Supreme Court justice might find just a bit, you know, unconstitutional.

On the other hand, the Supremes unanimously did something intelligent: they curbed software patents.

In The American Conservative, a thoughtful piece on Bowe Bergdahl as a GOP scapegoat for a host of warhawk/chickenhawk failures, and of course Obama.

I just love the way Charlie Pierce writes. "Here's Some Stupid For Lunch: We've kept a weather eye on Ruth Marcus, who writes a column at Fred Hiatt's House Of Hopeless Hacks, ever since she explained that 'potty-mouthed' teenagers - Her word, by the way - should know their place, and that their place was not mocking Sam Brownback, the Papist loon currently turning Kansas into Mordor. Recently, she joined the mourning over the loss to the Republic of the genius that was Eric Cantor." I don't know what the fuss is about, they just exchanged one No vote for another.

I expect a walk-back update momentarily, but it seems Glenn Beck admitted on the air that liberals were right about Iraq. I'm not holding my breath for the "liberal media" to make the same admission on CBS or in the Newspaper of Record. Of course, Beck's analysis of why liberals opposed the invasion are at about 180 degrees from anything any liberal actually ever said, but still.

An alert from ql at Eschaton: "One of our pals has launched his own news site, The Halifax Examiner. Even though I don't live anywhere near Halifax, I subscribed because the issues covered are the same whether they occur in Philadelphia, Seattle or Halifax. From juicing the numbers as to how much revenue a convention center will generate to how a contract for a sewer plant is awarded, it's almost as if they are all using the same playbook. It seems no one else in the main stream press is covering these stories and they have a direct impact on our quality of life. I look forward to seeing how this develops. Good luck! "

"Recovered Economic History: ''Everyone but an idiot knows that the lower classes must be kept poor, or they will never be industrious' [...] Yep, despite what you might have learned, the transition to a capitalistic society did not happen naturally or smoothly. See, English peasants didn't want to give up their rural communal lifestyle, leave their land and go work for below-subsistence wages in shitty, dangerous factories being set up by a new, rich class of landowning capitalists. And for good reason, too. Using Adam Smith's own estimates of factory wages being paid at the time in Scotland, a factory-peasant would have to toil for more than three days to buy a pair of commercially produced shoes. Or they could make their own traditional brogues using their own leather in a matter of hours, and spend the rest of the time getting wasted on ale. It's really not much of a choice, is it? But in order for capitalism to work, capitalists needed a pool of cheap, surplus labor. So what to do? Call in the National Guard!"

"PRIVACY BREACH: Oklahoma posts ALL of your personal info online if you get arrested: Online court records in Oklahoma reveal your social security number, birth date, telephone number, address, and much more personal information before you're ever convicted of a crime."

Richard Wolff: We Need "Democracy in the Workplace"

Should politicians wear uniforms like NASCAR drivers to identify their corporate sponsors?

Quiz: How Well Do You Know America?

Jeff Schalles dug up this old photo he took of me and John Shirley and Tess Kissinger.

Imagine my surprise upon learning that Frank Zappa was once a guest on The Steve Allen Show.