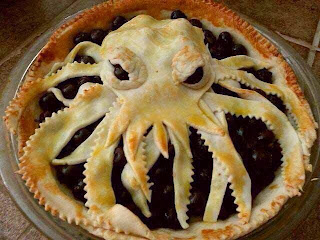 I've decided to go back to maintaining The Sideshow site and using the Blogspot pages as the permalink and comment facility.

Panelists on Virtually Speaking Sundays this week were Digby and Marcy Wheeler (emptywheel), talking about the NSA and denial of domestic spying, Snowden, and the filibuster. Bunch of eye-openers in here, particularly with regard to DiFi's continuing fealty to the security state.

Here's Glenn Greenwald being interviewed on BBC's HardTalk. As Glenn observed on Twitter, the interviewer seems to have a hard time absorbing the fact that security officials lie and that there have to be independent observers holding them to account. Note that the interviewer doesn't even understand how ironic - and terrifying - it is for someone to be called "a special case" who of course has his communications content spied on by the government when that person is a journalist. (Can't imagine why they'd want to do that.) Notice the way he seems to lash out when Glenn responds to another repetition of the idea that journalists shouldn't question power by saying that it's not the job of a journalist to investigate other journalists who question the claims of the powerful. It's almost comical to see how this stung interviewer tries to "challenge" Glenn.

Yves Smith at Naked Capitalism on "Identity Politics and the Stoking of Generational Warfare [...] A particularly potent political grouping would be for older people, particularly retirees, to team up with young people on economic issues. So it's not surprising that some political mavens are trying to make sure that doesn't happen. One of the strategies of the plutocrats comes from financier Jay Gould : 'I can hire one half of the working class to kill the other half,' except this time, they aren't even having to hire one half to turn it against the other. Just as I've noticed an sharp uptick in women's identity articles, I've also seen a ramping up of generational warfare and anti-baby-boomer messaging (I have as much antipathy towards broad comments about baby boomers as I do women). This phenomenon admittedly has deeper roots, since billionaire Pete Peterson has been campaigning against Social Security and Medicare since the mid 1980s, and presenting old people as something society can't afford is part of his strategy. But he's been joined by fresh troops, such as Fix the Debt and billionaire Stan Druckenmiller's overt campaign to turn young people against older ones, The Can Kicks Back. Yet how does indicting a large group of people who are extremely diverse in terms of income, occupation, religion, family status, and ethnicity make any sense? It's tantamount to prosecuting everyone at JP Morgan for fraud and predatory practices, rather than Jamie Dimon and other responsible individuals."

Since we've railed here about patent trolls before, it is with some delight that we see our friend Whit Diffie taking them on.

It would appear that the new pope actually reads the Gospels. Rush Limbaugh is calling him a "Marxist" for it, but RJ Eskow wants to Occupy Christmas.

"12 Reasons Why Obama Is One of the Best Presidents Ever" - Remember the name Matthew D. Lynch, because this article is its own special kind of crazy. Everything in it is just plain wrong.

Lee Camp's Moment of Clarity: "Do You Have Any Idea What $50 TRILLION Looks Like?!"

The Sylvia School of Mainstream Journalism

Tauriel Refuses To Get Into Butt Pose In Hobbit Poster, Makes Legolas Do It Instead

Behind the Lens - The Day of the Doctor