Paradise is waiting for you and me 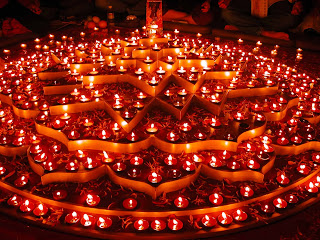 Gaius Publius and Marcy Wheeler were this week's guests on Virtually Speaking Sundays Topics include: Whose in charge here? U.S. elected officials, like the President and Sen. Dianne Feinstein have disavowed knowledge of targets of U.S. intelligence services. Heads of intelligence operations tell bald-faced lies to Congressional oversight committees, and not only retain their jobs, but continue to be treated by the Beltway media as authoritative sources. Who are they spying on and who gives them their orders? Homework for this one includes:
"NSA tapping Google & Yahoo cloud-servers worldwide, per Snowden docs"
"DiFi's Fake FISA Fix Appears to Further Extend Searches on US Persons Under Section 702"
"What's the Relationship Database About?"
"Climate crisis: Our government is captured by billionaires; the solution is civil disobedience"
"Fukushima: 'Usual suspects in Japan are getting richer... at the expense of public safety'"
* * * * *

My thanks to CMike in comments for calling our attention to Seth Ackerman's antidote to Lind's piece trying to draw a straight line between the confederacy and today's right-wing Republicans:

In fact, all of Lyndon Johnson's major War on Poverty programs were enacted with a majority of Southerners voting for final passage. The 1964 Economic Opportunity Act - the omnibus bill establishing Job Corps, a federal work-study program, adult education funding, and various other things - was sponsored in the House by staunch anti-labor segregationist Phil Landrum of Georgia, and passed with 60% of Southern Democrats voting in favor, even as 87% of Republicans opposed it. Likewise, Medicare passed in 1965 with 61% of Southern Democrats in favor and 93% of Republicans opposed. The 1964 Food Stamp Act, after an intra-party log-rolling deal involving farm subsidies, went through on virtually a straight party-line vote.

There were certainly hard-right Southern Democratic legislators who refused to vote for such policies. There were also surprisingly liberal ones; the region's Congressional delegations were more ideologically diverse than is usually assumed.

If there was one legislator who best embodied the classic image of a conservative Southern Democrat in Congress, it was probably Senator Richard Russell of Georgia. An uncompromising (if 'genteel') segregationist and signer of the Southern Manifesto, Russell, according to a political scientist writing in 1950, belonged to a class of Southern legislators which 'speaks for the respectable conservatives, speaks for chambers of commerce, civic clubs, banks, corporations.' Russell was probably a bit to the right of the median Southerner in Congress. But it is a mark of how different that time and place were that Russell declared the proudest accomplishment of his forty-year Congressional career to be the National School Lunch Act, which he spearheaded in 1946 and then doggedly defended over the years whenever its funding was challenged: 'No one,' he charged, 'should seek to deny a poor child in a poor state a lunch at school because both child and state are less able to pay than a wealthier child in a wealthy state.'

The notion that this brand of Southern Democratic politics prefigured modern-day Rush Limbaugh-style Tea Party Republicanism is fallacious. If, today, there are modern-day equivalents of Russell's genre of Southern Democrat - on issues other than civil rights - they are not Eric Cantor or Ted Cruz, but rather Ben Nelson, Mary Landrieu, John Breaux, or Claire McCaskill. In other words, the closest modern-day equivalents of the conservative Democrats of the 1940s are modern-day conservative Democrats.

Mark Millar at Reuters, "Can expanding Social Security solve the retirement crisis?: I asked a financial services executive recently how our retirement saving system can be considered a success, considering that all but the highest-income households are approaching retirement with next to nothing saved. His reply: 'They don't have any money while they're working, so why would they have any money in retirement?'"

Michael Hiltzik in the LAT, "How much are we willing to pay for the pursuit of happiness? Research by Notre Dame political scientist Benjamin Radcliff suggests that social programs produce a happier population." Even better, we don't have to "pay" more for it, because these so-called "social" programs feed a healthier economy, as well.

Naomi Klein's article "How science is telling us all to revolt" in the New Statesman was an inspiration to Lee Camp, who did a video just for that, "Scientific Models Now Showing Revolt Is Our Only Chance?" (The Klein pieces is, of course, in the Russell Brand-edited issue.)

I don't know why David Sirota says "liberal-washing" is new. Stealing our language has been going on for over 30 years and Obama may very well be its pinnacle. Anyone remember during the Iraq war propaganda build-up how people who are completely hostile to women's rights suddenly kept pointing to how unfeminist Iraq is? (Boy, I bet those women are really grateful we destroyed their homes and made them all wear headscarves.) They've got Cory Brooker tagged as some kind of "liberal" even though he is one of the most important factors in the push for charter schools. And there's nothing like a famous Jewish civil liberties lawyer explain why torturing Muslims is perfectly fine to "liberal-wash" an evil, right-wing policy.

Alex Pareene, "Obamacare is a mess, and liberals need to fix it." Too right. People need to stop defending Obama and start pushing to make the problem workable. Yes, the program is a mess, because they let conservatives and the insurance companies influence policy. Now we have to get rid of that influence.

Robert Reich, "Why Washington Is Cutting Safety Nets When Most Americans Are Still in the Great Recession [...] Get it? The bottom 90 percent of Americans - most of whom are still suffering from the Great Recession, most of whom have been on a downward escalator for decades - have disappeared from official Washington." You know, lobbying your representatives used to be a perfectly honorable part of democracy. We need to figure out how to get back into that in a way they need to pay attention to. That used to be what demonstrations were about, of course, but they've found ways to put a stop to that. But people who represent the bottom 90% aren't running for office, either. They're not even trying to be a nuisance to the bad guys in primaries anymore. Where are they?

Poll: Growing Number of Republicans Dislike GOP. Now, if only all the people who hate their party leaders could get together....

Yes, it's Diwali again. You would not believe the noise outside my window.

Barbara Lewis, "Make Me Your Baby"