A house is not a home 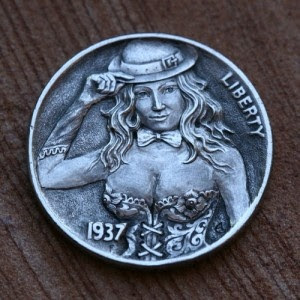 "This man owed $134 in property taxes. The District sold the lien to an investor who foreclosed on his $197,000 house and sold it. He and many homeowners like him were Left with nothing."
Pierce: "For several decades now, we have celebrated sharp practices and gunslinger business-school schemes by which ordinary people get robbed of their jobs, their pensions, their homes, and their livelihoods, or just generally get ground up in schemes concocted by people they don't even know. We based our entire national economy on the law of the jungle, and then we rigged the jungle. This country is now thick with victims who don't know what happened to them, and how, and it is also thick with clever dicks who have made their fortunes in the grinding up of people whom they do not know. The only thing the country is not thick with is conscience. This is another one of the casual cruelties we are training ourselves to overlook. [...] Ultimately, it is cruelty that is the real New Normal. We accept it every time we accept that cops can stop teenagers for "furtive movements," or when they respond to every unusual situation as though it were taking place atop Mount Suribachi. We accept it every time we accept that "the economy" is some faceless force over which we have no control, and that the plight of its victims are somehow the natural result of immutable natural laws, instead of the natural result of thousands of individual decisions, many of which were made down the marble halls not 10 feet from this keyboard, where the Congress is back to discuss, seriously, how a distant government could do such horrible things to its own citizens."

David Dayen , "The jerks got away with it! 5 years after economic collapse, they're still smiling: In summary, the financial industry collectively decided that you could fund economic growth despite stagnant wages through piling on mountains of debt. But when it all went bad, the solution wasn't to rebalance the economy, to get money into the hands of ordinary workers and preference wages over assets. The solution was to point a fire hose of money at the people who caused the problem, and inflate their assets to preserve the status quo. The Federal Reserve's emergency lending and then quantitative easing rescued bank balance sheets. The five biggest U.S. banks are now 30 percent bigger than they were at the height of the crisis, nursed back to health by the government. Anyone who tells you TARP worked is looking at a tiny fraction of multi-trillion-dollar government support. And TARP didn't translate support for the banks into the regular economy. Banks used the TARP program for foreclosure mitigation as a predatory lending system to trap borrowers. Lending for businesses did not increase. Worst of all, despite a crisis built on fraud, nobody who perpetrated that fraud saw the inside of a jail cell, removing any meaningful deterrent for financial crimes. Most of those criminals walked away with enough money to fund their lavish lifestyles forever. The Justice Department recently had to admit that they inflated their own statistics on financial fraud prosecutions, and they disgracefully tried to re-insert the revised stats into old speeches to cover their tracks. I guess fraud is contagious." Via Susie Madrak, who has video to go with it.

"Fighting Back Against Predatory Lenders Is a Struggle for Justice "

David Dayen again, "These Three Democrats Could Torpedo Larry Summers's Nomination" - three members of the Senate Banking Committee named Sherrod Brown, Jeff Merkley and Elizabeth Warren. It would be nice if they've got the bottle to do it. And if the Republicans on the committee stick to their anti-Obama intransigence, too.

I hope seeing what Michael Bloomberg has to say about the people in our country disabuses those few remaining liberals who thought Bloomberg had any interest in improving New York or anywhere else. Unless he was actually trying to guarantee de Blasio's election, which would make him a secret hero.

Chris Floyd's "Requiem for a Whistleblower" is an unsurprising tale of government vengeance, but this victim went to his grave without all the fanfare we've come to expect.

From Cyber Security Law and Policy, "NSA Roundup: Rep. Holt Proposes Repeal Act, NSA Surveillance Methods, and the Assembly of a Surveillance Review Panel on the Hill."
Schneier: "The Real, Terrifying Reason Why British Authorities Detained David Miranda: "The scariest explanation of all? That the NSA and GCHQ are just showing they don't want to be messed with."
"Our Decreasing Tolerance To Risk" and "Excess Automobile Deaths as a Result of 9/11" (Well, not really as a result of 9/11 - it's a result of the policies that didn't have to happen after 9/11.)

"Replica Enterprise bridge used to sell surveillance to Congress [...] 'Everybody wanted to sit in the chair at least once to pretend he was Jean-Luc Picard,' says a retired officer in charge of VIP visits."

Oh, yeah, Obama made another speech.

Strange that you still can't watch Chris Hayes' The Politics of Power....

Do you know there's a computer game of "I Have No Mouth And I Must Scream"? Complete with Harlan's voice.

There is this folk art I totally didn't know about until now, called Hobo nickels. Some of them are really amazing.