Where angels fear to tread 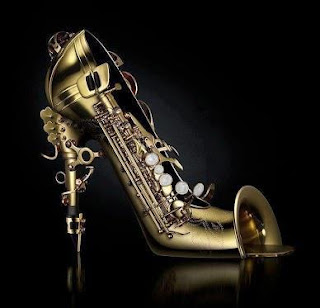 Panelists on Virtually Speaking Sundays this week were Avedon Carol and (rock star!) Stuart Zechman, who discussed the day's big headline about Larry Summers, the horrible Unaffordable Care Act, and the horror of the morning talk show pundits that Obama may have let the popular will influence his decision to do the right thing about Syria. Stuart is the star of this one, I could barely hear anything I said anyway - but, really, you should always pay attention when Stuart talks, 'cause even when I disagree with him, he's still packed with insights and information.

We were all, of course, delighted to hear that Larry Summers withdrew his name from consideration as Fed Chair, although the WaPo story hints that Obama is still looking hither and yon over Yellen's shoulder to find some other (probably male) world-wrecker to give the job to.
Just the other day, Prez HopeyChangey looked so certain to nominate Summers that Alex Pareene, with his usual scathing accuracy, was celebrating the irony this way: "Let's honor Larry Summers' disastrous record: Name him Fed chair today! [...] Laws and policies he championed directly led to the financial crisis, and the same laws and policies caused that crisis to kick off a global recession that we still have not crawled out of. He is more responsible than almost anyone else alive - it's him, Robert Rubin, Phil Gramm and Alan Greenspan, basically - for the severity of the crisis. I can't think of a better time to inexplicably reward Summers for his disastrous record than today, as news outlets everywhere revisit those miserable days of five years ago and sort through the aftermath. The ascension should happen as soon as possible. Think of it as a sort of birthday president for the crisis. That sorry anniversary isn't even the only reason an immediate Summers announcement would be apt. You may have noticed that Vladimir Putin has been in the news lately, using the Syrian civil war to raise his stature as an international statesman and undermine the foreign policy of the United States. Putin is basically Larry Summers' fault, too."
But let's not underestimate just how vital Summers was to global meltdown policy: "The Confidential Memo at the Heart of the Global Financial Crisis [...] But what was the use of turning US banks into derivatives casinos if money would flee to nations with safer banking laws? The answer conceived by the Big Bank Five: eliminate controls on banks in every nation on the planet -- in one single move. It was as brilliant as it was insanely dangerous. [...] Why in the world would any nation agree to let its banking system be boarded and seized by financial pirates like JP Morgan? The answer, in the case of Ecuador, was bananas. Ecuador was truly a banana republic. The yellow fruit was that nation's life-and-death source of hard currency. If it refused to sign the new FSA, Ecuador could feed its bananas to the monkeys and go back into bankruptcy. Ecuador signed. And so on - with every single nation bullied into signing. Every nation but one, I should say. Brazil's new President, Inacio Lula da Silva, refused. In retaliation, Brazil was threatened with a virtual embargo of its products by the European Union's Trade Commissioner, one Peter Mandelson, according to another confidential memo I got my hands on. But Lula's refusenik stance paid off for Brazil which, alone among Western nations, survived and thrived during the 2007-9 bank crisis. China signed - but got its pound of flesh in return. It opened its banking sector a crack in return for access and control of the US auto parts and other markets. (Swiftly, two million US jobs shifted to China.)"

Atrios has a New Rule: "Any pundit who advocates war for supposed humanitarian reasons must be able to point to 5 recent occasions when they advocated for achieving humanitarian goals using non-killing methods. Otherwise, STFU."

"Trayvon Martin's Medical Examiner: Prosecution Threw the Case [...] According to the former assistant coroner, the results of Martin's autopsy clearly showed that, despite Zimmerman's statements regarding their altercation, there was no feasible way for Martin to have been on top of Zimmerman when the gun was fired, because the bullet entered Martin's back." He's the former assistant coroner because they fired him - he believes because he questioned the way the case was handled.

Susie says: "I try to explain this to people. Tax cuts are only high-cost loans against deferred maintenance."
Isn't it curious how convenient some fires are?

"The Real Reason the Poor Go Without Bank Accounts [...] The depersonalization of banking is widespread. But there are an increasing number of Americans who frequent alternative financial service providers where the personal relationships between the teller and the customer still matter tremendously."

"How Dems view this fall's fiscal fights: Several liberal bloggers have raised an interesting question: Are Senate Democrats set to cave in this fall's fiscal fights? Here's the case, as laid out by Jonathan Bernstein, Kevin Drum and Jonathan Cohn. House Republicans want to pass a temporary measure funding the government through December 15 at sequestration levels, give or take. But we don't know if deeply divided House Republicans can even do that. So leverage lies with Dems. Why should they agree to fund the government at austerity levels? Shouldn't they hold out for higher funding levels and force the GOP leadership to pass it with a lot of Dem support? The official position of Senate Dems is they've made no decisions and are waiting to see what House Republicans can pass. But aides have said Senate Dems would probably pass a temporary funding measure at current levels - if House Republicans do. And let's face it: President Obama has not signaled he wants a fight over temporary funding, so there probably won't be one. Progressive groups are wary of Dems accepting GOP austerity spending levels. So would it be a cave?"

Banned book week is coming soon, so what can't you read this year?

The Omni Reboot site is up and Norman Spinrad says you can read the interview with him here.

Pretty flowers. I'm still not sure they're paintings.
Pretty sure these aren't snapshots, though.

Extreme Staircases - They missed out the one across from the Wellington Tavern into Waterloo Station.