Why don't we stop foolin' ourselves? 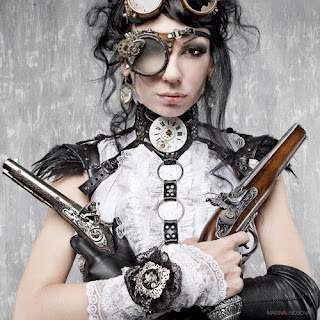 Assuming I am still able to talk (my throat is being incredibly dry), this week's panelists on Virtually Speaking Sundays will be Avedon Carol and Marcy Wheeler.
Marcy Wheeler was the guest last week on Virtually Speaking with Jay Ackroyd, talking about Obama's drone speech and how scary his administration's policies really are.
Stuart Zechman and Dave Johnson were last week's panelists on Virtually Speaking Sundays, and discussed (in infuriating detail) how our "leaders" are by-passing democracy to make sure we live in the same horrible conditions we've always been horrified by in poorer (and "poorer") countries.

This week got away from me, thanks to a combination of a weird cold and some frustrating tech issues. If you were looking for more links, though, you could have kept coming back to the last post to see the interesting things that have been going on in the comments. For a start, Kim Kaufman supplied a link to Tavis Smiley and Cornel West addressing the unpleasant problem of who Obama really is, and how black people are getting tired of having him talk down to them, and CMike referred to this illustration.
And then CMike started providing links - like the one to Dean Baker's "Krugman Misrepresents the Left-Right Divide in U.S. Politics," which makes a point I like to keep coming back to about the non-divide between "left" and "right" in America over liberal programs. The divide, of course, is between the "elites" and the rest of us. [Alexandra Pelosi captured the Tea Party position on liberal programs perfectly right here - they're for 'em, even if they don't know that what they're supporting are liberal programs.]
And at the end of that comment, CMike linked to a public appearance by Chris Hedges, but since jcapan said he can't usually listen to stuff on the web, CMike generously transcribed parts of it right in the comment thread. So I heartily recommend you go back and look at that stuff if you haven't already.

Reminder:
Obama in 2008: "I don't want to present myself as some sort of singular figure. I think part of what is different is the times. I do think that, for example, the 1980 election was different. I think Ronald Reagan changed the trajectory of America in a way that Richard Nixon did not and in a way that Bill Clinton did not. He put us on a fundamentally different path because the country was ready for it. They felt like with all the excesses of the 60s and the 70s and government had grown and grown but there wasn't much sense of accountability in terms of how it was operating. I think he tapped into what people were already feeling. Which is we want clarity, we want optimism, we want a return to that sense of dynamism and entrepreneurship that had been missing" This is what inspired me to write "What Reagan did."

"Who's to Blame for Long-Term Unemployment?" This article would be much better if it replaced "Republicans" with "conservatives" and deleted the last paragraph entirely.

Is Memorial Day over now? Good, then I can post this.

"There ain't no super villain planning these attacks from some base. The truth is so much scarier and harder to face. You see, there's thousands of angry young men that are lost - sidelined in the economy, at a marginal cost." (via)

"Nearly a Quarter of People in Greece and the U.S. Can't Afford Food." Austerity bites. (via)

Obamacare Doesn't Make Employers Cover Spouses: "One corner of Obamacare that hasn't gotten much attention is the fact that it will not require employers to cover spouses, which experts say could lead some employers to drop coverage for Americans' significant others. The Affordable Care Act mandates that employers offer health insurance to workers and their dependents. But the law defines dependents as children, not spouses." (via) Economist Umair Haque Uses Twitter To Dissect Conservatism: "Conservatism is a failure because it has succeeded beyond its wildest dreams. And the result is a society unfit for the future."

CMike provides us with the video clip in which Michael Kinsley proved way back in 2004 that he didn't have a clue.

I know I posted this back when it came out, but I didn't make a big deal out of it and now it seems to have come around to me again from people who just noticed it elsewhere, but, yes, Lyndon Johnson and Hubert Humprhey knew that Richard Nixon had purposely interfered with Vietnam peace talks. This has actually been an open secret for a long time, but the Johnson tapes confirm it.

I was looking for confirmation that this story from The Times is a hoax: "Courts to be privatized in radical justice shake-up." According to the Guardian, it may not be quite that bad: "MoJ denies it has plans for privatisation of courts service [...] The Ministry of Justice has dismissed claims that is actively considering 'the wholesale' privatisation of the courts service as part of a radical review to save funds." Which I guess means they will be continuing the piecemeal privatization that's already been going on: "Some privatisation has already occurred since the coalition government took office. More than 100 magistrates and county court buildings deemed surplus to requirement have been closed down and sold off. Parts of the courts debt collection service have also been subcontracted to private firms."

This is silly news. I mean, seriously, it won't look that way in your kitchen.

I hate to make a habit of it, but have another cat .gif..

"Slash: Not Just a Punctuation Mark Anymore" - a phenomenon I was completely unaware of. (via)

Remember this? Just for the record, I thought the Pips were worth that 80 grand.