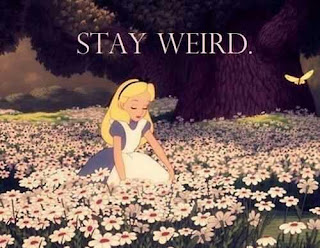 This week on Virtually Speaking Sundays, Joan McCarter and Cliff Schecter talked about the NSA spying story and Snowden's coming out as the leaker. (Glenn Greenwald and Ewen MacAskill in the Guardian, "Edward Snowden: the whistleblower behind the NSA surveillance revelations".)
What's it all about? Atrios says it's all part of The Great Grift.

Sam Seder speculated on the members-only segment of his show Thursday that Center for American Progress must have been "released" by the White House from having to pretend not to know that the Grand Bargain was a bad idea, and that's why they were able to release their new report saying the facts have changed. And Ezra Klein wrote about that report, meaning it's become acceptable to discuss this point of view. Sam reckons the White House is letting CAP start the walk-back on the whole Grand Bargain scenario, and that this means they're backing away from it and it's a dead parrot. I think Sam could be on to something. Maybe it means Democrats in Congress aren't willing to lose their seats over an outrageously stupid and unpopular plan just to please this lame-duck president, or maybe it means that Mr. Hopey-Changey himself has realized that once the IMF itself is admitting they got it totally wrong in Greece, his idea of making life worse for Americans is just too embarrassing to be associated with.

Bill Black, "How Elite Economic Hucksters Drive America's Biggest Fraud Epidemics [...] A dangerous cycle begins when prominent economists pander to plutocrats and bought politicians, who reward them with top posts, where they promote the perverse economic policies that cause fraud epidemics. Crises develop, and millions of people are ripped off. Those who fight for truth are ignored or ruined. The criminals get wealthier, bolder and more politically powerful, and go on to hatch even more devastating cons."

David Dayen, "Your student loan isn't really a loan" - because real loans have protections, among other things. Dday also talked about this on NPR.

How the NYT damns Glenn Greenwald with faint praise - Starting with failing to mention up front that he's a lawyer and civil liberties expert, and going right on to make sure the quotes they sought didn't come from people who would care more about civil liberties than they did for their conservative credentials, but rather confirm the prejudices of the "journalist".
Democracy NOW!, Amy Goodman with Glenn Greenwald. Note Dianne Feinstein complaining that we've become "a culture of leaks". Of course, the United States is supposed to be a culture in which the whistle is blown on corruption and law-breaking by public officials and large institutions. It's an interesting sleight-of-hand to make it sound like "leaking" is some unsavory bacterium that has infected this, uh, culture, rather than a necessary ingredient in a democracy.

I had an Obot in my Twitter feed trying to smear Glenn Greenwald by pointing to something stupid he said in one of his very earliest posts. Interestingly, he posted a link to an image rather than to the post itself, where Glenn himself has updated it to say that he believed a lot of wrong things in the earliest days of his blogging career. Lots of people believe ignorant things and change their minds. David Brock, who started the Democratic site Media Matters, did so precisely because, as a right-wing political operative, he learned that his conservative masters were not on the level. Dennis Kucinich was once anti-abortion until he was convinced that banning abortion was a stupid way to address unwanted pregnancy. Why, even I used to believe stupid things in my early blogging career - like that the Democratic Party would never go along with the kind of right-wing crap the Bush administration was up to. So, just for the record, here is Glenn's ignorant post on immigration - with an update that makes it clear he is considerably more enlightened on the subject than Obama.

And speaking of prejudices, how are you likely to be profiled by strangers walking by? (And how much privilege do you take for granted?)

Norman Solomon, "The Bill of Rights Exists: An Open Letter to Dianne Feinstein"

In The Atlantic, "The Numbers Don't Lie: It's Irrational to Give Up This Much Liberty to Fight Terror."

"The question libertarians just can't answer" - I actually think this is slightly wrong, since there are countries where no one regulates the powerful and almost everything is legal. Which is what libertarians are really talking about, although they may not always realize it. These countries where there is no regulator to interfere with the money-making projects of people who already have too much money are terrible places for most people to live, and we used to look down on them. Sure, you could set up a libertarian state - but within about five minutes you would end up with either competing warlords or some kind of monarchy or other corrupt state form. People will accrue power, and, and then they will fight over power, and the vast majority of the populace will lose, just like what always happens when you don't have a government that's stronger than all those other powerful interests, backed by democracy. Because as crummy as "the people" are capable of being, they are still smarter than the Elites. And as I think Churchill once said, democracy is the worst form of government except for all the others.

Stunning photographs of the floods in Europe (via)

RIP Iain Banks, 59. I've already told you how much I loved this man, so I won't do it again, but you've gotta love a man who goes to the trouble to throw his own wake so his friends can say good-bye while he's still alive to hear it. That was a great party.
Author Iain Banks: In his own words

You might be surprised by how interesting the interview of Bill Wyman in Rolling Stone magazine is. (And I was also surprised to learn that Gary Brooker - that's this guy - is in his band, The Rhythm Kings.)

This Lexus ad is a neat piece of art.

Animated .gif of the day: Bunnies!

I had no idea that Studs Terkel and Calvin Trillin had a TV show where they chatted with people like Gene Wolfe, Harlan Ellison, and Isaac Asimov. This is very cool.

From The Ministry of Peculiar Occurrences!

The other Charles Pierce

Yes, it's our Alan Dory doing this music radio show.

Water got about one-and-a-half stars in Radio Times, but we watched it anyway and loved it. Great fun, amazing cast, and the big scene with the big song, "Freedom".