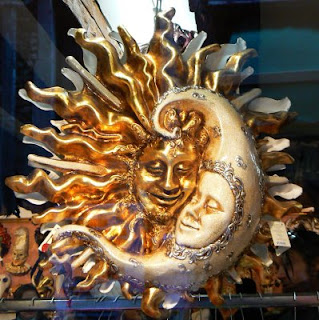 Atrios on the alleged Skills Gap: "We've been getting regular reports of employers who are deeply concerned that they don't have a vast pool of highly skilled workers with specialty training willing to work in undesirable locations for 12 bucks an hour. That isn't actually a skills gap."

Dr. Black is pointing to a post at Balloon Juice by Kay, "Skills gap myth (finally) falls, but will anyone hear it?" Well, we all know the answer to that: When a conservative/"centrist" myth falls in front of millions of microphones, it still doesn't make a sound that can be heard amongst the Elite. They want their H-1B visas so they can have a workforce that is not American. (Understand this: It's not about getting skilled workers, it's explicitly about getting workers who are not American citizens, because American citizens have rights that non-American employees do not have.) Pretty much the entire "centrist" policy propaganda sheet is just a pile of zombie lies that arch-conservatives have been making up and re-jigging for hundreds of years. And there is certainly nothing new in the "skills gap" excuse for impoverishing the working people of America, which is actually not much different from the "blacks are naturally suited to slavery and whites are naturally suited to freedom" excuse that was so common pre-abolition. (And if you don't think our present elite is just re-hashing the whole Divine Right of Kings thing, you've forgotten just how much a king actually had to do in order to have "earned" that "right". They had to lead and win wars - and when I say "lead", I do not mean "sit back at the palace sending messages to the generals," I mean literally lead the charge. People who think they're better than other people and have a right to make our decisions for us by dint of their having achieved more power in the first place are very definitely not a new idea.)

In any case - and not that it will matter - I liked this comment in the ensuing thread from Bill E Pilgrim concisely demonstrating exactly why you had to be stupid to give the "skills gap" argument even a moment's credence:

A little logic and critical thinking would have helped also.

Oct 2009: Unemployment more than doubles, to 10%. Skill gap! Fully sprung from its own loins and grown to maturity, all in less than two years.

Whenever you point this out, someone always brings up the first-person anecdotal refutation along the lines of oh come on I know that certain kinds of jobs vanished. Yes, a lot of jobs vanished, but pretty much in all sectors, as Krugman keeps painstakingly pointing out.

Not that there aren't certain trends over the long term, but blaming our current high unemployment on skill gaps never made sense with even the most cursory look at the facts. What happened between the last month of 2007 and the last months of 2009 was not a sudden onset of skill mismatch, it's impossible.

Bad management will always blame "the workers" for their own incompetence, and it's certainly not new or unusual to hear the aristocrats complaining that "It's so hard to get good help."
* * * * *

It's always bothered me that our Blessed Leaders have simultaneously released corporations from any kind of restraints on sharing private data or profiteering while also contracting out to those same corporations things that used to be regarded as state secrets. And, say what you will about the intelligence community, it doesn't make sense to be allowing the same technology we are using to supposedly protect our country into the hands of people who will happily (and legally!) sell it to our supposed enemies. Isn't there really only one place for this stuff? (And do you remember how, as soon as all this out-sourcing stuff started, suddenly disks full of private information from places like the Veterans Administration that ordinarily never left the building suddenly started being "found" in Lafayette Park or somewhere someone had just casually left them? It's just amazing how much of this formerly-secure information is suddenly being released into the wild - by "accident", or is it design?)

Jonathan Turley: "The Price of Silence: Supreme Court Rules That Pre-Miranda Silence Can Be Used Against Defendant To Prove Guilt: "In a major loss for individual rights vis-a-vis the police, the Supreme Court ruled 5-4 that prosecutors could use a person's silence against them in court if it comes before he's told of his right to remain silent. The prosecutors used the silence of Genovevo Salinas to convict him of a 1992 murder. Because this was a non-custodial interview, the Court ruled that the prosecutors could use his silence even though citizens are allowed to refuse to speak with police. It is of little surprise that the pro-police powers decision was written by Samuel Alito who consistently rules in favor of expanding police powers."

David Dayen:
"Bank of America whistle-blower's bombshell: 'We were told to lie': Bank of America's mortgage servicing unit systematically lied to homeowners, fraudulently denied loan modifications, and paid their staff bonuses for deliberately pushing people into foreclosure: Yes, these allegations were suspected by any homeowner who ever had to deal with the bank to try to get a loan modification - but now they come from six former employees and one contractor, whose sworn statements were added last week to a civil lawsuit filed in federal court in Massachusetts."
"Unnatural Disaster: How mortgage servicers are strong-arming the victims of the Moore, Oklahoma tornado (among others)"

Bruce Schneier (with a little help from Glenn Greenwald): "Has U.S. started an Internet war? More than passively eavesdropping, we're penetrating and damaging foreign networks for both espionage and to ready them for attack. We're creating custom-designed Internet weapons, pre-targeted and ready to be "fired" against some piece of another country's electronic infrastructure on a moment's notice. This is much worse than what we're accusing China of doing to us. We're pursuing policies that are both expensive and destabilizing and aren't making the Internet any safer. We're reacting from fear, and causing other countries to counter-react from fear. We're ignoring resilience in favor of offense. Welcome to the cyberwar arms race, an arms race that will define the Internet in the 21st century. Presidential Policy Directive 20, issued last October and released by Edward Snowden, outlines U.S. cyberwar policy. Most of it isn't very interesting, but there are two paragraphs about "Offensive Cyber Effect Operations," or OCEO, that are intriguing..."

At Suburban Guerrilla
A trip down Memory Lane with Sy Hersh telling us the NSA was listening to our actual phone calls
"They don't even want you to know the definitions, because then you'll know how they're misleading you:."

Juan Cole: "Why Cheney is the Traitor, and Why we Can't Believe Obama on Safeguards (The Ultimate Clip of Gov't Lies): Dick Cheney on Monday called NSA leaker Edward Snowden a traitor, and Snowden shot back that given Cheney's own lies about Iraq, it is an honor for any American to be accused of treason by the former vice president. On Monday evening, Barack Obama came on Charlie Rose and insisted that the NSA would never misuse the telephone records it collects on all Americans because it would be illegal and that there are safeguards against that sort of thing. Obama did not say why he thinks the government has a right to see your telephone records given that you haven't done anything wrong and the 4th Amendment hasn't been abrogated. For the first time in his presidency, I felt as though Obama were looking me in the eyes and lying to me a la Cheney. I don't know what his ulterior motives are in this, but that he has some seems obvious."

"Hours After Supreme Court Strikes Down Voter Suppression Law, Senator Introduces Bill To Overturn Decision: "The Supreme Court struck down an Arizona voter suppression law in a surprise move Monday, but one Republican senator is already trying to work around that decision. Conservative Justice Antonin Scalia wrote the 7-2 opinion in the Arizona v. Inter Tribal Council of Arizona case Monday which invalidated the state law requiring voters that prove they were citizens before registering. Such 'proof of citizenship' requirements can suppress the vote by making it far more difficult for people to get registered. Aside from Arizona, four other states currently require proof of citizenship to vote, including Alabama, Georgia, Kansas, and Tennessee. However, even Scalia's jurisprudence is apparently too liberal for Sen. Ted Cruz (R-TX), who announced Monday afternoon that he will file a bill overturning the decision."

"Hundreds Of Faith Leaders Arrested For Protesting Conservative Policies In North Carolina: [...] Eighty four protestors were arrested for civil disobedience in Monday's action. This brings the total number of Moral Monday arrests to more than 480, many of whom are clergy who have never before participated in political activism."

A funny thing happened on the way to the free market....

Can someone please explain to me why the Republican delegation in Congress contains so many OB/GYNs with, uh, unconventional views on biology?

"People Thought He Was A Monster And Wanted Him To Die. I'm Glad He's Alive To Tell His Story."

"Dog Whistle 2008: "Generational" - an interesting post that reminds us where this age-war stuff started, and in the ensuing thread, I found this paragraph quoted from Kos' Wikipedia entry: "Moulitsas is a fellow at the New Politics Institute,[31][32] a think tank of the New Democrat Network, which was founded by Simon Rosenberg in 1996. The NDN's stated purpose is to help elect "centrist" Democrats, and is considered by many to be a successor to the centrist Democratic Leadership Council (DLC), an organization that Simon Rosenberg resigned from in 1996."

Seen on Facebook: "I just realized this morning ...."Duh! .... It's called Talking Points Memo" .... Why did you ever expect anything serious from them? Funny, isn't it? All that time we worried about who kidnapped Josh Marshall.... And he was there all along." -- Catharine Hendricks

"T-rex wasn't born a killer he was made one."

Buffy Saint-Marie on personal responsibility and how she wrote the song, "Universal Soldier."