Do you promise not to tell? 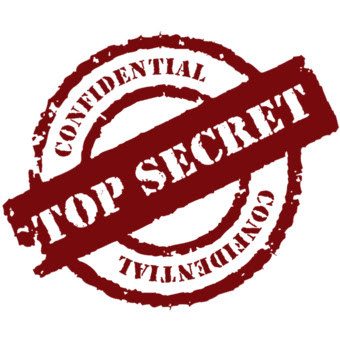 Sam Seder interviewed Rebecca Traister about "Texas's draconian new reproductive laws, Wendy Davis's unexpected and amazing filibuster and how galvanizing will this moment be?" and also Ari Berman about the Supreme Court gutting the Voting Rights Act but overturning DOMA, on The Majority Report

Digby: "This really is Big Brother: the leak nobody's noticed [...] When the free press, explicitly protected in the bill of rights becomes equivalent to an "enemy of the United States" something very, very bad is happening. The administration says it's doing this to protect national security and that it is willing to protect those who blow the whistle on waste, fraud and abuse. But that is not how the effect of this sort of program is going to be felt. After all, it's being implemented across the federal government, not just in national security: [...] When the Department of Education is searching for "insider threats" something's gone very wrong."

Here's David Gregory trying to pretend he's a journalist and Glenn Greenwald is something else. The irony of the way Gregory closed the interview was probably lost on the Villagers.
There's nothing particularly ironic about the idea that some buried embarrassment might be dredged up to smear the messenger - in fact, that's the whole point. If you can keep files on everyone going back to their first blogpost, or Usenet post, or tweet, or Facebook status, or even their email, you can shoot the messenger from out of the past and make them, and not the message, the story. Luckily, it turns out that the "scandals" in Glenn Greenwald's past (about which he writes here) amount to precious little, with the result that the Twitterverse is alive with #ggscandals. My favorite was from Rania Khalek: "@ggreenwald once farted at a press conference and blamed Thomas Friedman"

Yves discusses Obama's TPP secrecy: "But in any event, these secret negotiations reveal how Obama is systematically stripping away our few remaining democratic protections so he can hand the country, lock, stock, and barrel, over to major corporate interests. The sooner ordinary citizens wake up to what a menace his policies are to their well-being, the better." (Thanks to D. for the tip.)

"Snowden Coverage: If U.S. Mass Media Were State-Controlled, Would They Look Any Different?: Unfazed by polls showing that half of the American rabble -- I mean, public -- believe Snowden did a good thing by leaking documentation of NSA spying, TV news panels have usually excluded anyone who speaks for these millions of Americans. Although TV hosts and most panelists are not government officials, some have a penchant for speaking of the government with the pronoun 'We.'"

Bloomberg, "U.S. Surveillance Is Not Aimed at Terrorists: The debate over the U.S. government's monitoring of digital communications suggests that Americans are willing to allow it as long as it is genuinely targeted at terrorists. What they fail to realize is that the surveillance systems are best suited for gathering information on law-abiding citizens."

Glen Ford at Black Agenda Report, "Rep. Clyburn: Putting Obama First - Civil Liberties, Peace, Justice, and Reality Last: "Black Congressman James Clyburn's 'gut' tells him that whistleblower Edward Snowden is conspiring with others to 'embarrass' President Obama. "
Bruce Dixon, "Why Democrats and Republicans Won't Confront Black Mass Incarceration, and Why The Green Party Will: Although the phenomenon of black mass incarceration is at the center of African American life, it continues to be obfuscated or ignored. The bipartisan consensus is that the social policy of black mass incarceration may exist only the minds of black people, and is certainly off the table as a political issue. To get this very real concern of Black America on the table then, may require stepping outside the bipartisan consensus. In Georgia, the state with the third highest black population and the largest percentage of its adults in the correctional labyrinth, the Green Party proposes to do what Democrats and Republicans won't --- make black mass incarceration a central political issue."

BUSTED: Bankers Caught On Tape, Joking About Bailout, And How They'd Never Pay It Back [...] So ... so it is bridged until we can pay you back ... which is never."
ANGLO Irish Bank boss David Drumm laughed about "abusing" the bank guarantee and warned his executives not to be caught abusing it, the Anglo Tapes reveal.

Chinese rebellion: "The owner of a Florida-based medical supply company has been trapped inside his company's factory in China by a group of about 80 angry workers, though they deny mistreating him physically. 'We women can't hold the boss hostage,' one employee, Gao Ping, told CBS News. 'We're negotiating. He didn't pay us wages.'"

This is how much fun you can have by being on the dole. The life of luxury for which people eschew "honest work" because they don't want to give up all this decadent indolence.

Bad chart of the day, on The Secret, and privilege.

Richard Matheson (1926-2013). His name came into my life when I saw it with some frequency in the credits of The Twilight Zone.

This picture tickled me.

For the Kindle: Lake Caerwych, "a free story of "friendship, time-travel, and haunting adventure in ancient Wales."

Someone asked me if I'd seen the SuperBeauty site, but when I searched I found all these neat pictures at Super Beauty Nerd instead.

The Smell of Stan Lee

McCartney interview on The Colbert Report

"Do You Want To Know A Secret?"