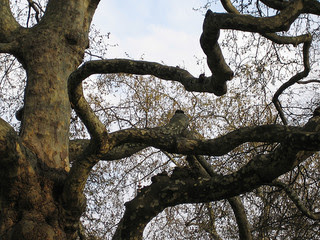 As it turned out, Joan McCarter was ill Sunday night, so I did Virtually Speaking Sundays with Jay Ackroyd alone, and the link was updated (podcast). I spent the hour trying to make two points - one, that incessantly talking about the need to expand Social Security is making inroads into the Washington dialog (not huge ones, but any acknowledgement is more than we had even a few weeks ago), and two, that the Republicans are doing a really great job of making Obama and Democrats take credit for wanting to wreck our social insurance system, with even sites that have had a touch of the Obot apologist having headlines to the effect that yes, Obama and the Dem leadership really do want to cut Social Security. (Only a couple of weeks ago, I was accused of being "a conspiracy theorist" for saying so.) If this goes on, no one will ever again have any reason to vote for Democrats. (Background reading on how Cyprus is robbing ordinary depositors to shore up their banks. Here's relatively entertaining video from Lee Camp on The Secret Global Corporate Coup of the Trans Pacific Partnership Agreement - EFF has the ramifications for freedom of speech here - and thanks to commenter ksix for supplying those links in comments below.)

With this ugly anniversary, a lot of people are talking about how a hugely stupid mistake was made. Eric Boehlert wonders if Twitter could have slowed it down, or at least made the debate a bit less stupid. Atrios seems to be on the same page, though I have my doubts. Maybe a few people in the media and Congress are being affected by our tweets about Social Security, but I honestly think Atrios' column in USA Today probably has more impact than all our tweets and web-only articles combined. Honestly, the minute you heard bottom-of-the-barrel scraping like Tony Blair's obviously false claim that Saddam could hit us in 45 minutes (that would be 45 minutes in which he would have to start testing nuclear devices for the first time and acquire delivery systems), you should have known they had nothing to support invasion. When journalists were criticized for swallowing so much swill, they chalked it all off as coming from dirty hippies.
Michael Calderone notes that the same failures inherent in access journalism are still going on: "With the 10-year anniversary of the Iraq invasion on Tuesday, journalists are again reminded -- and reminding each other in first-person essays -- of the media debacle a decade ago. But while there's a tendency to look back on the pre-Iraq media drumbeat as a post-9/11 aberration, a number of the same institutional forces exist today that could combine for a similar media-driven rush to war. Some prominent pro-war voices a decade ago still occupy high-profile perches on op-ed pages, cable news or Sunday show round-tables. In recent years, some Iraq cheerleaders have similarly sounded the drums for war with Iran, alongside reports laced with anonymous sources suggesting Iran's nuclear program had passed the point of no return. There's also the nature of national security reporting itself, which relies heavily on confidential sources and has arguably become more difficult amid the Obama administration's unprecedented crackdown on leaks. Several journalists who rightly scrutinized the Bush administration's claims a decade ago told The Huffington Post in interviews that some of the same potential pitfalls exist when covering current issues surrounding war, drones and military intervention. Reporters, they said, need to remain vigilant when speaking with government sources -- especially when doing so under the condition of anonymity."
Jack Mirkinson reminds us of some of the gory details of press failure so stunningly blatant that even at the time it should have seemed glaring to anyone watching: Perhaps the most notorious example of the Washington-media nexus over Iraq came when Dick Cheney appeared on "Meet the Press" in September of 2002. He cited the lead story in that morning's Times as he talked to Tim Russert ("I want to attribute it to the Times," he memorably said). The story, by Miller and her colleague Michael Gordon, said that Hussein was busy using aluminum tubes to help build nuclear weapons. The Bush administration had leaked that story to Miller. The circle was complete.
David Sirota, "Who's held accountable for Iraq? [...] However, that's not the whole story. The other factor that explains the reaction gap between Vietnam and Iraq is a change in the political system. Simply put, in the last decade, that system has become almost completely impervious to any kind of consequences for bad decisions. Over time, such a lack of accountability has created a self-fulfilling feedback loop. With the public seeing no consequences for wrongdoing, the expectations of consequences, or feelings that they are even necessary, slowly but surely disappear."
Vincent Stehle sees an upside in how the war created an opposing non-profit media partnership, but this only works for me if it starts having more impact on public policy.
Seymour Hersh in The New Yorker, "Iraq, Ten Years Later: What About the Constitution?" [...] The dominant question that marked the Watergate and Iran-Contra scandals - what did the President know and when did he know it? - no longer needs to be asked. We have a President who found a way, last May, to let the world - and, most importantly, those wavering independents in the months before last year's election - know via the New York Times that he personally participated in discussions about which terrorist, real or suspected, was to be assassinated."
Ted Rall remembers.
Blast from the past: Tom Tomorrow, September 11th, 2002

I just listened to Sam Seder expressing his frustration and anger over much of the foregoing, noting on The Majority Report that the only person who was allowed to go on TV and voice dissent for the war was someone who was brought on because they could dismiss her. (And another interesting discussion of activism with Becky Bond from Credo, as well.) (Sam also had a talk with Matt Taibbi about JP Morgan's crime spree.)

"Chuck Schumer once suggested this man for a seat on the Supreme Court and was backed up by the Alliance for Justice" - that'd be Michael Mukasey, former Bush administration Attorney General and current anti-Muslim fruitbat.

It seems pretty clear that the over-the-top attacks on Wikileaks, Assange, and Aaron Swartz are having the intended effect of chilling whistleblowing.

"How Weev's Long Prison Term Makes You More Vulnerable: Today my primary takeaway from the case is the same as when I began working on the story nearly three years ago: AT&T was almost criminally sloppy with customer data, and its partner Apple was negligent in monitoring how AT&T was securing interactions with iPad subscribers. But federal officials, who began investigating the breach within a day of my report, chose to focus not on AT&T but instead on the people that brought to light the company's careless exposure of private customer data. Goatse member Andrew 'Weev' Auernheimer was sentenced to 3.5 years in prison by a U.S. district judge in New Jersey on Monday for one count of identity fraud and one count of conspiracy after being found guilty of those crimes this past November. The scapegoating of Auernheimer is revolting for two reasons. One, it lets AT&T off the hook for exposing sensitive information to public view, shifting the blame onto those who reported the slip-up, and discouraging future disclosure. Two, the jailing of Auernheimer criminalizes the act of fetching openly available data over the web."

Anu Partanen in The Atlantic on "What Americans Keep Ignoring About Finland's School Success" notes that, while everyone wants to look at the Finnish system and ask how it got to be at the top of international educational rankings, no one seems to hear the answer: "Decades ago, when the Finnish school system was badly in need of reform, the goal of the program that Finland instituted, resulting in so much success today, was never excellence. It was equity."

Oh, man, does this mean I can't be snarky about British politics anymore? "UK press-regulation defines "press" so broadly as to include tweeters, Facebook users, bloggers." "In a nutshell, then: if you press a button labelled "publish" or "submit" or "tweet" while in the UK, these rules as written will treat you as a newspaper proprietor, and make you vulnerable to an arbitration procedure where the complainer pays nothing, but you have to pay to defend yourself, and that will potentially have the power to fine you, force you to censor your posts, and force you to print "corrections" and "apologies" in a manner that the regulator will get to specify."

Do you know what this is? It's the secret origins of the game that eventually became known as Monopoly. And you know what? Monopoly is Theft, in more ways than one.

Ruth sent a couple more snow pictures. And a cardinal in flight.