But don't forget who's takin' you home 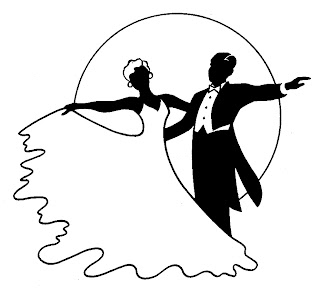 Big political news of the week was that Rand Paul led a real filibuster of the Brennan nomination for 13 hours, demanding that the administration answer questions about its willingness to use drones to murder Americans on American soil. To their shame, the Democrats produced only the weakest tea in support by Ron Wyden, who did join the filibuster but said he would vote for the famously pro-torture nominee anyway. They also produced Dick Durbin, who stood up to oppose the filibuster. The consensus in the liberal blogosphere: Rand doing the right thing for the wrong reason, but at least he got some conversation going about drones. Even if it was just to get a phony fund-raising letter out of it.
(ACLU Comment on John Brennan's Confirmation to CIA Director)

There was no Virtually Speaking Sundays last week due to the Oscars, but Culture of Truth did have something to say about the Sunday talk shows and how they covered the irresponsible blind cuts that our political class is calling "the sequester".
But this week, Dave Johnson and Stuart Zechman tried to sort out whether the horrifying policies of the Democratic leadership are a matter of ideology or plain-old corruption. Which is, I guess, a high-toned way of saying "stupid or evil". (I think Dave does need to be reminded that some of these people just aren't being paid enough to be pure evil - some of it is what I wrote about in "How you became crazy", too. When that kind of thing goes on long enough, there are people who know so little about the subjects under discussion that they actually believe the crazy stuff they are hearing is perfectly reasonable, not because they've had to consider it, but because they've never heard anyone explain why it isn't true.)
Bruce Schneier was also a guest recently on Virtually Speaking with Jay Ackroyd.

Sam Seder was sufficiently horrified by Jonathan Alter's piece advocating that liberals accept cuts to our economic insurance programs that he managed to get him into an interview on The Majority Report. This is really worth listening to for a chilling insight into the ideology of "liberal" Washington that places vowing not to cut Social Security and Medicare (a highly popular position that also makes good policy sense) on the same level as taking Grover Norquist's pledge not to raise taxes (a highly unpopular position that makes terrible policy sense).
Sam also talked to Nikolas Kozloff about Hugo Chávez.
Congratulations to Sammy on the birth of his second child (first son), celebrated with a pre-recorded interview he had ready for the occasion with Bill Black on austerity. Sam's producers Matt and Michael handled the live portions of the show, with Matt in high-gear over what he saw as inappropriate reaction to Rand Paul's filibuster. Last time I looked, Sam and Nicki (not sure how she spells that) still hadn't chosen a name for the kid.

Jon Lee Anderson on the passing of a complex leader, and his controversial legacy: "Postscript: Hugo Chávez, 1954-2013
John Pilger's documentary on Chavez
Greg Palast writes, "Vaya con Dios, Hugo Chávez, mi Amigo," advising that the Bush administration's sudden hatred of Chávez was all about the fact that he told Big Oil they were going to have to pay a little more money for oil they extracted from his country. You can get a free download of the film The Assassination of Hugo Chavez in honor of the occasion.

Dr. Duncan Black says, "Expand Social Security - The three legged stool is down to one leg."

Matt Taibbi on punishing people who blow the whistle on irresponsible and illegal bank dealings. "Well, just weeks after the PBS documentary aired, the Court of Appeals in the state of California suddenly took an interest in Winston's case. Normally, a court of appeals can only overturn a jury verdict in a case like this if there is a legal error. It's not supposed to relitigate the factual evidence. Yet this is exactly what happened..."

Dean Baker says, "Time to Bury Pew Report on Wealth by Age Group." Too right. Look, there's only one demographic group that can truly said to be wealthy, and that's the wealthy.

Organizing against The New Jim Crow

Where all 50 states stand on abortion, in two charts

"Darpa Wants You to Transcribe, and Instantly Recall, All of Your Conversations."

When America Was Female - before Uncle Sam, there was Columbia.

"Next Tuesday, the European Parliament will vote yes to a report calling for a legislative ban on all pornography in 'media'. This 'media' is worded to include the internet, and is broad and vague enough to even include photos you take of yourself and send to friends, as well as simple text messaging. This horrendous attack on our fundamental freedoms of speech and expression needs action now."

Oooh, I missed the cute Google doodle for Copernicus' 540th birthday. (Can't believe I missed the one for Grimm's Fairy Tales last year. And this one, too.)

The Drifters, "Save the Last Dance For Me"