The roads must roll 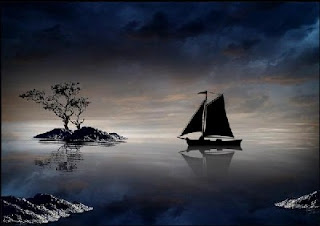 And then, suddenly, we started hearing about how we had balanced the budget or even had surpluses because of a magical accounting trick in the '90s in which we started pretending they were "assets". And also this:

Although the majority of highway user tax revenues are credited to either the highway or mass transit accounts, there is a noteworthy exception. The exception is that 4.3 cents per gallon of fuel taxes are credited to the General Fund of the U. S. Treasury for deficit reduction purposes.

This is why a lot of people in the red states hated the Clintons - and the Democrats - so very much. They raised taxes on gas, but the maintenance on the infrastructure wasn't done - because the money was diverted.

A big pile of money is in new budget proposals to go back into the Highway Trust Fund. Which, you might think, is good - and, ordinarily, it would be.

Except that our Democratic leadership doesn't want to be on record as failing to reduce budget deficits. So they want to take that money from somewhere else, and that's what you're hearing so much about right now:

Bipartisan deficit reduction consensus in the '90s tanked our Highway Trust Fund, so now $18bn a year in deficit has to be reduced by tanking the Social Security Trust Fund.

(Why, yes, the title is a reference to Heinlein's much-lauded, engineeringly-defective, atrociously anti-union story.)

By the way, is this a big money-saver? "States Urged to Expand Medicaid With Private Insurance: The White House is encouraging skeptical state officials to expand Medicaid by subsidizing the purchase of private insurance for low-income people, even though that approach might be somewhat more expensive, federal and state officials say." Like Lambert says, "They don't even care enough to fake it anymore."

It's important to remember how short-sighted everyone has been about this. Buying silicon from the Chinese to make solar panels was expensive. So a company called Solyndra got federal funding to bypass the problem with a new technology that reduced the need for their silicon. They needed the funding because starting up such a business, requiring unique plant-fittings, costs a lot of money. And after they spent all that money to get started, the Chinese suddenly dropped the price of silicon and Solyndra went bust. You can see what's coming, right? "China may soon stop offering the world cheap solar panels." (As a side-note, I have been sitting here for the last four hours watching it snow outside my window. At the end of March. Last year March was unseasonably summery. Now, although I admit the snow doesn't seem to be sticking, there's hours of snow. But, you know, Al Gore is fat.)

From Down With Tyranny!:
"Why Did 35 Democrats Join The GOP To Defeat The Senate Budget? Wednesday evening, we took a quick look at the House vote on the Progressive Caucus Back To Work Budget. Wednesday the House also voted on the Senate budget. Oddly, it was introduced by South Carolina teabagger Mick Mulvaney (who voted against it). Every Republican voted against it... and it failed 154-261. The Democratic caucus operation is a near-shambles and no one was leading. Nancy is preparing herself to sail away into retirement. Hoyer is conflicted with everything and Clyburn is sidelined. No one is cracking the whip and Democratic Members are just doing whatever they want. 35 of them voted with the Republicans against the Senate budget. Oh, wait-- they weren't just doing whatever they wanted. Many of them-- the freshmen and vulnerable members in red-leaning districts, were counseled by Steve Israel, chairman of the DCCC, to vote with the Republicans. He does that kind of thing; it's a losing strategy that causes low Democratic turnout. It killed the Democrats in 2010... but Israel has learned nothing from the Great Blue Dog Apocalypse."
"A Clear Majority Of Democrats Abandon Pelosi's And Hoyer's Job-Destroying Sellout To Boehner: One of Pelosi's finest moments was when she stood up to her boss, House Democratic Leader Dick Gephardt, in October 2002, and told him to take the Iraq War Authorization bill he and DeLay had put together and stuff it where the sun don't shine. Although-- with help from House leaders Steny Hoyer, Steve Israel, Joe Crowley and Eliot Engel-- Gephardt managed to get 81 crucial Democrats in the House to OK Bush's plot to invade Iraq, most Democrats backed Pelosi and that was the end of Dick Gephardt's dreams of being Speaker or president. He's a creepy-crawly, sleazy Beltway lobbyist now. And Pelosi went on to be the first woman Speaker of the House f Representatives in history. She's eager to retire now-- at least according to her daughter-- and she's... well, slipping. She's been backing Obama's crackpot scheme to go along with Republican plans to torture seniors by mercilessly slashing Social Security. And this week she voted for Boehner's Continuing Resolution. It passed-- with only with a minority of Democratic votes-- 81 + Pelosi. 115 Democrats voted no. The House caucus leader who did on Thursday what Pelosi had courageously done in 2002 was Los Angeles' fighting progressive Xavier Becerra, the emerging antidote to corrupt conservatives like Hoyer, Wasserman Schultz, and Israel."

"Commentary: Media throw Bradley Manning to the wolves" - The media certainly agreed with Bradley Manning that the material he saw should be shared with the world - they used it themselves on their own pages - but they haven't raised a peep to defend him.
Matt Taibbi in Rolling Stone reviews a film and talks about secrets. Corporations are allowed to have secrets. Corrupt governments are allowed to have secrets. For the rest of us, our every private moment is public and for sale.

"Supreme Court Rejects Ban on Taping Police Officers" - Well, actually, they've refused to overturn a lower court ruling, but that's the same thing, and it's a very good thing indeed. The idea that public servants should be able to hide their activities is wrong on its face and clearly intended to cover-up criminal behavior on their part.

In AlJazeera, "Chained CPI: A direct attack on middle class and working class people." But you knew that.

Even Ezra says: "House Progressives have the best answer to Paul Ryan: The correct counterpart to the unbridled ambition of the Ryan budget isn't the cautious plan released by the Senate Democrats. It's the 'Back to Work' budget released by the House Progressives. The 'Back to Work' budget is about exactly what the name implies: Putting Americans back to work. The first sentence lays it out clearly: 'We're in a jobs crisis that isn't going away.' So that's the budget's top priority: fixing the jobs crisis. It begins with a stimulus program that makes the American Recovery and Reinvestment Act look tepid: $2.1 trillion in stimulus and investment from 2013-2015, including a $425 billion infrastructure program, a $340 billion middle-class tax cut, a $450 billion public-works initiative, and $179 billion in state and local aid."

"Everyone But China" Agreement Prevents Regulation of Hot Money and Speculation
I know I posted the link to the show last June, but since we were on the subject, here's the video clip from Sam Seder's interview with Lori Wallach about the Trans Pacific Partnership Agreement.

In USA Today, Atrios says, "Marriage equality no longer impossible." I appreciate that Duncan probably wants to write about more than one thing, and it's not an unimportant issue, but since he only gets one column every couple of weeks, I wish he'd keep hammering the economic stuff. Social progress goes down the tubes unless the economy gets fixed.

Charles Pierce thinks people who got it all wrong on Iraq should shut up: "Go away. You are complicit in one way or another in a giant crime containing many great crimes. Atone in secret. Wash the blood off your hands in private. Because there were people who got it right. Anthony Zinni. Eric Shiseki. Hans Blix. Mohamed ElBaradei. The McClatchy Washington bureau guys. Dozens of liberal academics who got called fifth-columnists and worse. Professional military men whose careers suffered as a result. Hundreds of thousands of people in the streets around the world. The governments of Canada and France. Those people, I will listen to this week. Go to hell, the rest of you, and go there in silence and in shame."
At the bottom of this article on the conspiracy of silence is a documentary from Bill Moyers' Journal on buying the war.

It figgers: Barack is a Klingon name.

Imagine a world without hate.