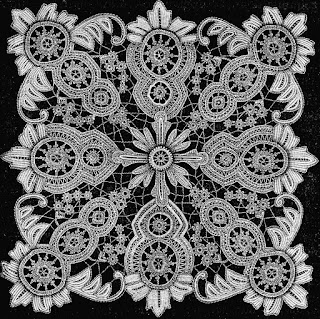 This week's panelists on Virtually Speaking Sundays were David Dayen (dday) and Dave Waldman (KagroX), and they talked about the filibuster - that Rand Paul's filibuster wasn't actually a real filibuster (because he wasn't preventing or even delaying cloture), that an actual "filibuster" (the silent kind to which they've all become accustomed) was happening at the same time but nobody noticed, and Senators - particularly powerful Senators - really have no interest in real filibuster reform. And, of course, the "sequester".

This is interesting. First Atrios (as Duncan Black) has a couple-few columns in USA Today talking about how we need to expand Social Security and how the 401K experiment has failed and how real pensions are disappearing, like this one a few days ago. And at first, nothing much happens, except that this week something did:
First there was a bit of yes-but-no from CBS (that didn't even mention his name), but then Thomas B Edsall has a column at the NYT site about "The War On Entitlements" that actually tells the truth about the problem Americans are facing and the real political position in America: "So why don't we talk about raising or eliminating the cap - a measure that has strong popular, though not elite, support? When asked by the National Academy of Social Insurance whether Social Security taxes for better-off Americans should be increased, 71 percent of Republicans and 97 percent of Democrats agreed. In a 2012 Gallup Poll, 62 percent of respondents thought upper-income Americans paid too little in taxes."
And then, to my surprise, Josh Barro has a piece up at Bloomberg called "Don't Cut Social Security, Expand It."

Alex Pareene explains what Obama is really doing with The undead, unnecessary, unhelpful Grand Bargain: "The recent Obama charm offensive is designed to convince Republicans that he is very sincere in his efforts to get a Serious Debt Deal, involving 'entitlement' cuts and tax reform. Here's a fun secret: Tax reform (in this case referring to eliminating or scaling back 'tax expenditures') is technically a conservative policy priority, even if elected Republicans refuse to ever support it for real. This is a compromise in which conservative policy is being offered in exchange for conservative support for a conservative policy. The sequester and Obama's Bargain quest mean that Republicans can choose between allowing a Democrat to 'take credit' for cutting the two most popular programs in the country or they can just live with the already-passed government spending cut that they are also able to blame on the president. Because the party's 'brand' is effectively beyond tarnishing, and because they are still guaranteed control of the House and veto power in the Senate for the foreseeable future, their bargaining position is actually much stronger than even they seem to realize." (via)

Liz Warren wants to know how much money-laundering you have to do to invite a prosecution.

It's worth your efforts to bookmark New Economic Perspectives, where Bill Black posts regularly. Recent examples include:
"Sequestration - Fourth Austerity Shoe Drops"
"The latest failed effort to blame the Community Reinvestment Act for Accounting Control Fraud"
"Representative Conyers needs our Support to Kill the Sequestration's Austerity"
"'Pervasive' Fraud by our 'Most Reputable' Banks"
"The Sequester Is Awful And Obama Didn't Even Try To Stop It"
"Why Obama Refuses to Kill the Sequester" ("I wrote last year about the fact that President Obama had twice blocked Republican efforts to remove the Sequester. President Obama went so far as to issue a veto threat to block the second effort. I found contemporaneous reportage on the President's efforts to preserve the Sequester - and the articles were not critical of those efforts. I found no contemporaneous rebuttal by the administration of these reports.")
"Reinventing Government: the 1995 Speeches announcing the Road to Ruin"

Maureen Dowd's piece on Dick Cheney (via) would almost seem like vindication if it wasn't, y'know, Maureen Dowd. Still, all your worst suspicions have been confirmed.

How the Iraq war hurt Republicans

Dept. of No One Could Have Predicted: "Senator Joseph Lieberman to Join Senator Jon Kyl as Co-Chair of the American Internationalism Project at the American Enterprise Institute."

Doonesbury on GOP soul-searching for the winning election strategy

Another cool photo of the Milky Way, seen from Mt. Rainier.

Map of travel times on commuter rail, from Manhattan stations (via)

School of Thrones, Episode 1. (Related: Game of Thrones artwork for those who have too much money to spare and aren't sensible enough to send it to an independent, unpaid blogger.)

Started watching the BBC's period jazz drama Dancing on the Edge the other night and I'm recommending it to everyone. There's an amusing back-story about how Angel Coulby had never even told her agent she could sing and had never sung in public before she auditioned for the role of the band's singer, Jesse Taylor. And when she sings swingin' jazz in this show, you see a very different energy from the kind we saw from her as Gwenevere in Merlin - and, for that matter, from the Jesse Taylor we see here off-stage. Ladies and gentlemen, The Louis Lester Band!