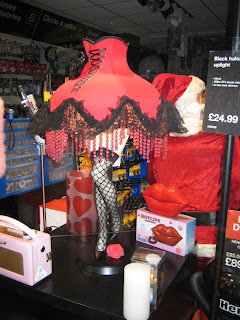 Cliff Schecter and Gaius Publius were the panelists this week on Virtually Speaking Sundays and discussed what it means that Obama has finally come out of the closet as the Cutter-in-Chief, and how it's an opportunity for people who actually have to face the voters regularly to separate themselves from Obama and demonstrate to the public that they aren't part of his coalition of the killing. Truly, marginalizing Obama is the best thing they can do.

From Dean Baker, "Senate Unanimously Votes Against Cuts to Social Security: Media Don't Notice: There are few areas where the corruption of the national media is more apparent than in its treatment of Social Security. Most of the elite media have made it clear in both their opinion and news pages that they want to see benefits cut. In keeping with this position they highlight the views of political figures who push cuts to the program, treating them as responsible, while those who oppose cuts are ignored or mocked. This pattern of coverage was clearly on display last weekend. Both the New York Times and Washington Post decided to ignore the Senate's passage by voice vote of the Sanders Amendment. This was an amendment to the budget put forward by Vermont Senator Bernie Sanders that puts the Senate on record as opposing the switch to the chained CPI as the basis for the annual Social Security cost of living adjustment (COLA). "

Jay Ackroyd is also interested in the Trans Pacific Partnership. Unfortunately, his link to the Angry Bear article he's referencing went awry, but it's worth a look, so click on "Trans Pacific Partnership: A new Constitution." We get to that title this way: "This document is about reducing the regulation a sovereign entity may apply to an investment to the point that any investment is almost certain to pay out whether by actually carrying out the investment or through reimbursement for not being able to carryout the investment. Heads you lose, tails I win. This is accomplished in many ways (kind of covering all bases) but mostly by giving a representative of an investment equality to a nation in the eyes of the 'law'. It is the elevation of an entity created solely for the purpose of profit (though there is some language toward nonprofit) all the rights and liberties that a nation of people reserve for themselves. There is one thing the investment entity receives that the nation entity ('party' as used in the document) does not: A guarantee against loss. This guarantee comes in the form of insurance. The insurance is the full faith and credit of the nation - it is the ability to tax it's citizens. That is a new world order as in: any period of history evidencing a dramatic change in world political thought and the balance of power.

R.J. Eskow: "Can 147 people perpetuate economic injustice - and make it even worse? Can they subvert the workings of democracy, both abroad and here in the United States? Can 147 people hijack the global economy, plunder the environment, build a world for themselves that serves the few and deprives the many." Yes, they can, and he explains why. (Thanks, as is so often the case, to ksix for the link.)

From Ezra: "Wonkbook: Entitlement cuts may be coming in Obama's April budget." Nothing can convince Obama that he shouldn't cut entitlements..

Digby: "What George W. Bush and Barack Obama have in common: the same agenda."

"High school teacher under investigation for saying 'vagina' during anatomy lesson [...] But his students are defending him, arguing in a petition that parents from their conservative community in Dietrich are trying to push a political agenda by getting their biology teacher fired."

"Conservatives for States Rights - Until States Go Green" - In other words, they don't believe in states rights at all (and never did). What they believe is that if the majority of the US wants one thing and they want another, they should be able to carve out pieces of the US where the minority rules. And then impose those same rules on the other parts of the country. They were much the same on slavery - they didn't start the Civil War because Wisconsin's laws were being imposed on the south, they started it because the south couldn't impose slavery on Wisconsin.

"Why Does No One Speak of America's Oligarchs? Confucius said that the beginning of wisdom was learning to call things by their proper names. The time is long past to kid ourselves about the nature of the ruling class in America and start describing it accurately, as an oligarchy."

This one translates fairly well across national boundaries, although it's a response to the Parliamentary Commission on Banking Standards: "Why the British Banking Industry has become identical with an Organised Criminal Enterprise"

Inexplicably brutal treatment of people in custody is not really news these days; but worse, officials aren't even hiding the fact that they are more concerned with punishing those who expose such criminality than they are with stopping the rot.

Glenn Greenwald on how dissenting voices are marginalized and "How Noam Chomsky is discussed."

Bust 'em or bust no one - even Rand Paul knows it: "Look, the last two presidents could have conceivably been put in jail for their drug use and I really think - look what would've happened, it would've ruined their lives. They got lucky. But a lot of poor kids, particularly in the inner city, don't get lucky and they don't have good attorneys and they go to jail for some of these things and I think it's a big mistake."

Chris Hedges dates the death of journalism with the day MSNBC fired Phil Donahue for opposing the Iraq invasion.

A cartoon
It's amazing what you can buy on the internet. (Almost as amazing as what we buy from Democrats.)
I'm so sorry I missed this one when it was more timely.

I was offended by the title of this bunch of photos, but some of them are really neat - and I include the cute little kitty at the bottom in that (flip through for the baby elephant). But also the hamster, Stephen Hawking, and some mushy stuff.

Ruth with your spring sunrise.

"Finding Out True Love Is Blind"