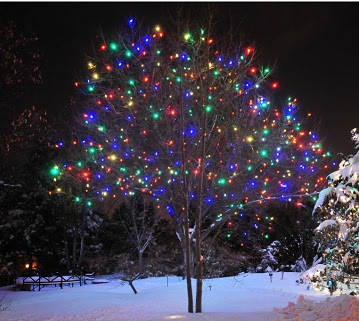 It's cold and rainy and grey, which means, it's London, only colder.

Bill Black (among other things, author of The Best Way to Rob a Bank is to Own One) was the guest on Virtually Speaking with Jay Ackroyd, but technical difficulties in the early minutes of the show led to Albert Gainsborough stepping in to fill some airtime with a few words about Modern Monetary Theory (MMT). Both are worth listening to. Black explains the argument the Very Serious People are having: We have to impose austerity to avoid austerity. (BTW, Bill and Jay have missed the boat on the difference between "outsourcing" and "privatization". Both involve paying other entities to do your institution's job, but privatization is when the government does it while pretending they have simply sold the entire enterprise to a private firm while continuing to subsidize it, largely by continuing to take responsibility for the things that make it work. It should also be noted that Margaret Thatcher's "selling" of utilities involved practically paying commercial entities to take them off "the government's" hands. There is simply a limit to how many sweeteners you can lard a deal with before it becomes obvious that your goal has nothing to do with trying to make money. And much of "privatized" industry in the UK is still directly subsidized; they just don't admit it.)
Cliff Schecter and David Dayen were panelists on Virtually Speaking Sundays. (And Why Neil Borofsky should be made head of the SEC - and won't be.)

Kristof took a break from bemoaning the sad fate of people in foreign lands to tell us the sad fate of Americans who are helped by the US government. This earned him Atrios' coveted Wanker of the Day award and The Worst Person In The World on the same day, thanks to these stunning words: "Our poverty programs do rescue many people, but other times they backfire. Some young people here don't join the military (a traditional escape route for poor, rural Americans) because it's easier to rely on food stamps and disability payments." More from Pierce. Kristof made my skin crawl even before there was an internet.
"Nobody Has To Own It: The real reason for bipartisan deals is so Congress can pass horrible things that the public hates and it isn't clear who you can blame. Throw in a bunch of retiring members of Congress in a lame duck session, and you have a recipe for accountability-free democracy. Otherwise known as not democracy." - Atrios
Also: State lawmakers find out why people use birth control.
Why the US is so far behind on solar power. Even in Britain people are powering their entire homes with solar, and it's not like we get all that much sunlight here. But protecting the energy monopolies is more important to Americans' "representatives" in government, lately, so they make it as hard as possible for you to do that.

Obama's quest for bipartisanship has been in part the quest for a 'bad cop' who would push his agenda in a manner so that his 'good cop' image could remain relatively unsullied in the view of the public and perhaps even to himself. It is likely that Obama thinks of himself as essentially a pragmatist without political allegiance to a fundamental ideology or vision, a man who simply moves society and its constellation of social forces along as they seem to tend rather than push them according to commitments to abstract principles that would bend the trajectory of society. However to be this pragmatist and also a political leader, he has the need to be perceived by others as representing 'larger than self' ideals, even though he himself may not share those ideals.

The Republicans, now led by Boehner, have been fairly consistent in playing the 'bad cop' role, as least as regards the Democratic base. They carry with them so many signifiers of 'political enemy' to liberals that they can be easily blamed for whatever is considered objectionable. We still have left of center bloggers who are attributing to Republicans all of the animus against social programs, thereby exonerating Obama of any of this desire. Howard Dean's Democracy for America just sent me a fundraising email in which he attributes the interest in cutting Medicare to Republicans, which is misleading and naïve to say the least. The current media landscape on the supposed political left in the US results from a triumph of misdirection by Obama and his handlers. He is experiencing very little pressure at this late date from progressives, in a situation where he has a number of 'outs' out of the fiscal 'cliff' he has gotten himself into but instead pursues his quixotic 'Grand Bargain'

Another function of Republicans as 'bad cop', is that Obama needs a foil against which to agitate for what ultimately is a relatively lightweight concession of higher taxes on the rich that, in our economy overreliant on high-end good sales, could in isolation do economic harm. The 'good cop, bad cop' routine provides the appearance of conflict and displaces political conflict away from where the conflict of interests really are, between the Washington and Wall Street establishments and the American people and businesses tied to the real economy. In economic terms, the discussion is at a complete remove from what Modern Money school economists and consistent Keynesians are pointing out: that both cutting spending and raising taxes drains demand from the already-weak economy, slowing it and pushing it back into recession.

A lot of people need to go to school on what "right to work" laws are really about, but I'm not so sure they don't know what they're doing. This is, after all, just the sort of thing the Powell Memo prescribed.

This is important. We had people all during the health insurance "negotiations" telling us to calm down, 11-dimensional chess and blah blah blah, and anyway the PPACA was wonderful and would give millions of people health insurance. And of course, since the outcry from the public was muted at best, we got just what Obama wanted - a shoddy piece of crap that people still can't afford. So, the more people tell you that all this Medicare and Medicaid and Social Security cutting is "just an unsourced rumor", the more you know they are trying to mute the push-back so they can get it done. Which means it's a really good idea to scream bloody murder about how unacceptable it is. Ditto when Jonathan Chait and any other nitwit tries to tell you that it's no big deal to do it (in exchange for a tiny adjustment in tax rates on the rich that actually ends up being another tax cut for the rich). There are no right-wing plans that save money, and these "concessions" the Third Way New Dem Centrist DLC "moderates" keep touting are just expensive ways to steal from and murder Americans. Of course you should be "shrill". Digby also talked to Sam Seder about this on The Majority Report.

How the Territorial Tax Cut Destroys Jobs: There is a little-discussed proposal that was introduced into the 'fiscal cliff' discussions by the CEOs of the 'Fix the Debt' campaign. This is for a 'Territorial Tax System' idea that lets multinational companies off the hook for taxes on offshore profits. This plan is particularly dangerous to American wages and jobs - YOUR wages and job - as well as any American companies that don't export their profit centers. This threat is not limited to the blue-collar jobs that have been disappearing, it also threatens the professionals, 'knowledge workers,' designers, innovators and others who contribute to corporate profits here in the US.

DCblogger noticed that AEI actually noticed the idea of minting a trillion dollar platinum coin enough to dismiss it.

Xylitol: Should We Stop Calling It Natural?

"Anarchy in the U.S.A." - on books about Emma Goldman and her sweetie.

"Am I Free to Go?" - a new short story by Kathryn Cramer, free online at Tor.com. "The line between utopia and dystopia...is, often, who you are. Or who your neighbors think you are."

Maybe it's the BBC's cut for the merchandising license that makes this computer so overpriced, but it's a cute idea if you were looking to design your own case - or maybe a Christmas present - for someone who geeks that way.

A new one for my list: "Carol of the Bells" performed by Pentatonix.