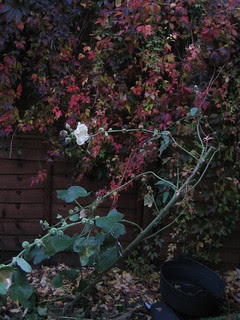 Avedon Carol and Jay Ackroyd were panelists on this week's Virtually Speaking Sundays, where I quoted commenter Richard Bensam from below: "Is there already a term for the political philosophy of conducting governance as if elections don't actually take place and everything has to be decided by an evenly-divided bipartisan coalition of conservative Democrats and hard-line Republicans? It seems like there ought to be a word for that if only to spare people a good deal of typing." Now that has got to be "centrist". (I also refer to our glorious Democratic leadership's successful effort to prevent what would have been a really nice - and easily possible - victory in defeating Paul Ryan. But Steve Israel didn't want to do that.)

So, with Bill Kristol signaling like crazy that it's okay to raise taxes (as long as it's just the incredibly small tax-hike the Dem leadership is asking for), we have:

Gaius Publius reporting, "Leaked deal memo for last year's Grand Bargain: 'Obama willing to go quite far'" - which, according to Bob Woodward, shows "a willingness to cut all kinds of things, like TRICARE, which is the sacred health insurance program for the military, for military retirees; to cut Social Security; to cut Medicare," and "We want to get tax rates down, not only for individuals but for businesses." In other words, Obama wants to cut good programs and give corporations more tax cuts.

Dean Baker reporting that "It's Monday and Robert Samuelson Doesn't Like Social Security and Medicare" - Yes, it's the conservative Washington Post keeping that drumbeat going! (Please take note: "In the case of Medicare, benefits were extended to cover prescription drugs, but this only became an issue because government granted patent monopolies sent the price of drugs through the roof. Drugs were not included in the original program in 1966 because their cost was trivial, but patent monopolies for drug companies now allow them to sell drugs at prices that are close to $250 billion a year above the free market price. Serious people might worry more about all the waste associated with these patent monopolies than the fact that the government is helping seniors pick up the tab for their drugs.")

Paul Krugman saying deficit scolds shouldn't be listened to, since (a) deficits are not bad in the current circumstances and we need more spending, (b) they are lying about caring about the deficits, and (c) they really just want to cut good programs that are good for Americans.

Your centrist Democratic leadership goes on TV to make fun of you for wanting a better country for everyone. Ed Rendell makes it clear that Obama is not interested in you, and neither is Ed Rendell, because his real base is in the Senate.

And, as if that weren't enough, Another Lame Duck Session Horrorshow: "First, Let's Kill All the Regulators" Bill: "No matter how bad things seem to be, there are always ways for them to become worse. While the campaign against Medicare and Social Security is being couched in the sort of faux inevitability that has become familiar via European austerity measures, other pernicious lame duck session measures are moving forward in the hope no one will notice. Dave Dayen wrote up a remarkably ugly one last Friday. Here we have just been through a wreck-the-economy level global crisis which was in large measure due to deregulation. The measure underway would not only weaken already pathetic regulators like the SEC but for good measure would hobble other ones like the Nuclear Regulatory Commission (after Fukushima, how can anyone with an ounce of sense argue for less stringent oversight of nuclear facilities?)." Dday's piece is here. And over at the Great Orange Satan, Charley James called it "Joe Lieberman's Parting 'F U America!' Shot [...] Lieberman's bill to defang regulatory agencies has bi-partisan support in the committee - perhaps not entirely surprising given that its Republican members include Tom Coburn, outgoing Senator Scott Brown, John McCain and Rand Paul. But Carl Levin also is a member as is Hawaii's Daniel Akaka, yet they are supporting the measure even though they should know better."

Bloomberg: "Cost-Benefit Analysis Puts the Brakes on Dodd-Frank: Business lobbyists and Republican lawmakers who failed to stop the Dodd-Frank Act from becoming law have managed to put the brakes on many of its provisions a second way: cost-benefit analysis." - useful to bad guys because while you might know the costs, you can't really nail-down the benefits. So you make them up if it's something you want to paint as worthwhile, or you simply don't mention them if it's something you want to get rid of.

Thom Hartmann, "How America Is Turning into a 3rd World Nation in 4 Easy Steps: New reports that Taiwanese transnational manufacturing corporation Foxconn may be opening up some plants in the United States indicate that our nation has now entered the terminal fourth stage of 'third-worldization' or what may be better referred to simply as 'recolonization.'"

When Obama said he wanted to be a transformative president like Reagan, you really should have believed him.

Call them $tudents for Educational Reform, but they're just another front for billionaires who want to destroy education.

Neil Barofsky on Why Naked Capitalism Matters: "I first became acquainted with Naked Capitalism while I was still at Treasury as the Special Inspector General for the Troubled Asset Relief Program. Like many government agencies, we had a clip service that scoured the Internet for news reports related to the financial crisis, and rarely a week would go by where it would not feature a posting from Yves that would provoke a Whoa! moment. This is the moment - well familiar to NC readers - when you are assaulted with a well thought out and often meticulously sourced argument that turns the established orthodoxy on its head with irrefutable logic. My mind is often changed by the force of Yves' arguments, and even on those occasions when I still disagree with her conclusions, I am grateful for the deeper understanding that I will inevitably gain from her work."

Teenager arrested on suspicion of "malicious telecommunications" after posting picture of burning poppy on Facebook.

Sarah Jaffe has a blog again - A Different Class.

I've been noticing this image appearing all over the place, even used as a personal icon or gravitar (including by one of my followers on Twitter), and I bet none of them realize that this is how and where it first made its way to the web. Kinda freaks me out.