What the hell am I doin' here? 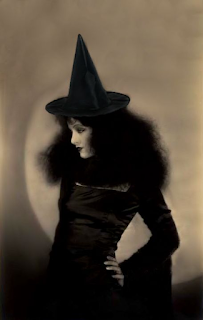 OK, the cat finally managed to get Boris out of No.10. The Tories had a contest between two people nobody wanted — well, there was a difference of opinion between the general party membership and the parliamentary party (the Tory MPs), and the general membership voted for Liz Truss — but her government instantly produced a budget that sent the markets into a tailspin and since even the financiers didn't want her, she's already resigned after 44 days. And Boris Johnson pretended he had the votes to get the job back, but it turned out he was not telling the truth (as seems usual). So Rishi Sunak gets No. 10 on a vote from the Parliamentary Conservative Party. No one has mentioned this out loud, but that makes him the first Hindu PM of the UK. And all the Tory pundits are pretending that has nothing to do with why Truss won with the membership over Sunak in the first place.

Back in the USA, there was hope that Biden's various 11th-hour Hail Mary attempts to do what he should have done in the first week of his presidency, coupled with the Republicans' attacks on reproductive rights, Social Security, and Medicare, would save the House and Senate, but as the mid-terms are breathing down our necks, it's looking like the GOP (with the media's help) are managing to overwhelm the public discourse with loads of copaganda and false stories that the largely peaceful protests after the murder of George Floyd were riots and mayhem in every major city. Yes, there are actually people who believe that all those cities are burned-out shells and that an entity called "ANTIFA" did it. In addition, the high gas prices, according to GOP media, are all caused by Biden having "canceled the Keystone Pipeline" in his first week in office. Well, no, the Keystone Pipeline itself has been up and running all along, but Keystone XL, a planned shortcut which was under construction then and would still have been under construction for another eight years, was shut down. Which wouldn't have mattered anyway, since the pipeline carries tar sands (which you can't put in your tank) out of Canada for international sale and doesn't serve the US anyway. And the inflation, of course, is supposedly caused by the tiny amount of government spending that sent $1,400 checks to Americans two years ago. Amazingly, the obvious fact that consumer spending didn't go up before the inflation hit, and that corporations are obviously raising prices far in excess of what their costs can account for, just don't figure into the right-wing narrative and thus the mutterings of crackpots like Larry Summers make far more headway than the facts. So Democrats caused inflation and caused crime. And Democrats, true to form, have entirely failed to make the case that conservative policies for 50 years are what really made this mess. So we went from, "It's gonna be a bloodbath for Democrats," to maybe it won't, to a thin but probable loss of both Houses. I don't even want to know what happens after that.

Looks like Atrios shares my feeling that the cops are secretly on strike. They just hang around for the benefits— overtime, lording it over people, and playing 007.

"Who's really to blame for inflation: Big corporations are taking advantage of the expectation of higher prices to rack up huge profits. By now, you've probably heard the good news. After more than a year of surging inflation, gas prices are down, pandemic supply chain snarls are starting to ease, and shipping costs for companies are coming down. But instead of passing on the savings to customers, companies are making a different choice. Big corporations are choosing to keep prices high for consumers, even as their own expenses, for things like materials and transportation, go down. While the Biden administration and its economic response to the pandemic have become easy scapegoats for those who wish to assign blame for stubbornly high prices, especially as midterm elections draw closer, the facts tell a different story. And ignoring the ways in which corporate price hikes are contributing to higher prices will only prolong the crisis."

"Wall Street Is Behind Jackson's Water Crisis: A major credit rating agency jacked up interest rates in Jackson, Mississippi, curtailing infrastructure investments in the years leading up to the city's recent disaster. In August, clean water stopped flowing from residents' taps in Jackson, Mississippi. The crisis lasted more than six weeks, leaving 150,000 people without a consistent source of safe water. The catastrophe can be traced back to a decision by a credit ratings agency four years ago that massively inflated the city's borrowing costs for infrastructure improvements, most notably for its water and sewer system. In 2018, ratings analysts at Moody's Investor Service — a credit rating agency with a legacy of misconduct — downgraded Jackson's bond rating to a junk status, citing in part the 'low wealth and income indicators of residents.' The decision happened even though Jackson has never defaulted on its debt. Moody's move jacked up the price of borrowing for Jackson, costing the cash-strapped city between $2 and $4 million per year in additional debt service costs — a massive financial roadblock to officials' plans to fix the municipality's aging water system. And since the state of Mississippi and the federal government refused to use their powers to address the city's infrastructure problems, that meant Jackson was essentially powerless to stop the impending catastrophe."

"'A Brazil of Hope' as Leftist Lula Defeats Far-Right Bolsonaro in Presidential Runoff: The Workers' Party candidate, who completed a remarkable political comeback less than three years removed from a prison cell, tweeted one word following his win: 'Democracy.' 'A huge blow against fascistic politics and a huge victory for decency and sanity.' That's how RootsAction director Norman Solomon described Brazilian President-Elect Luiz Inácio Lula da Silva's Sunday presidential runoff victory against far-right incumbent Jair Bolsonaro, the culmination of a most remarkable political comeback for a man who was languishing behind bars just three years ago. With 99% of votes counted via an electronic system that tallies final results in a matter of hours—and which was repeatedly aspersed by Bolsonaro in an effort to cast doubt on the election's veracity—da Silva led the incumbent by more than two million ballots, or nearly two percentage points."

"Mondrian painting has been hanging upside down for 75 years: Despite the discovery, the work, titled New York City I, will continue to be displayed the wrong way up to avoid damaging it"

RIP: "Robbie Coltrane, star of Cracker and Harry Potter, dies aged 72: Scottish actor who graduated from the alternative comedy scene to become a major performer known for taking on complex and difficult roles. Born Anthony Robert McMillan in the prosperous Glaswegian suburb of Rutherglen, Coltrane was educated at Glenalmond College, an independent boarding school whose corporal punishment he described as 'legalised violence', before going to the Glasgow School of Art. He had second thoughts about his ability as a painter, and switched to live performance, acting in radical theatre companies (including a troupe from San Quentin State prison) and doing standup, taking the pseudonym Coltrane as homage to celebrated jazz musician John Coltrane." He won my heart for good when he played Charles Bronson playing Ken Livingstone (with Peter Richardson playing Lee Van Cleef playing Tony Benn, Dawn French playing Cher Playing Joan Ruddock, and Jennifer Saunders as The Ice Princess, Margaret Thatcher), in The Comic Strip's "movie" about Thatcher's destruction of the elective government of Britain's capital city, the Greater London Council, aka the GLC. Go ahead and watch, it's only half an hour and you'll see some other familiar faces.

"James Bennet and the rewriting of 2020: Sometimes, history changes unexpectedly toward the good. And then, powerful people with something to lose try to change it back. Washington Post media critic Erik Wemple contributed to the latter yesterday when he published a column titled “James Bennet was right.” The piece was an apologia for Bennet's actions in the summer of 2020, when, as editor of the New York Times' opinion section, he published an op-ed by Sen. Tom Cotton calling for the U.S. military to crush the nationwide protests that erupted in response to the police murder of George Floyd. Bennet was forced to resign. Wemple's column, in turn, was prompted by comments Bennet made in former Times media columnist Ben Smith's new $25 million media venture Semafor. The former Times editor (who more than landed on his feet with a regular column in the Economist), told his former colleague that the Times “set me on fire and threw me in the garbage” in order to curry the “applause and the welcome of the left.”

From 2020: "The killing of Jeremy Corbyn: The former Labour leader was the victim of a carefully planned and brutally executed political assassination [...] We don't hold a candle for Corbyn. Neither of us are Labour Party members, and indeed one of us has worked as a political correspondent and commentator for The Spectator, The Daily Telegraph and The Daily Mail, three stalwarts of Tory opinion-making. Both of us care greatly about accurate, truthful journalism. Both of us, as British citizens, cherish the tradition of fair play and decency. That is why we believe everyone should be concerned about the picture painted of Corbyn by the British media for the four years he was leader. Corbyn was never the monstrous figure presented to the British people. He was never a Marxist. He was not hell-bent on the destruction of Western capitalism. He was a socialist. Nor was he an antisemite, and there is no serious evidence which suggests that he was, though we certainly do not absolve him of poor judgement, for instance in joining various internet forums in his years on the backbenches. And he was not a divisive figure - the claim made against him by so many of his right-wing opponents. [...] He was never given a chance. Not by the bulk of Labour's parliamentary party and many officials, some of whom (we are now learning) campaigned harder against their elected leader than they did against the Tory government. Not by senior figures connected to the British state, including former spy chiefs, military officers and civil servants, all of whom should have known much better."

"Liberalism Is Not the Opposite of Conservatism [...] By a roundabout route — starting with a very good piece from The Lever on the next abortion battle, to Cory Doctorow's reflections on the latest poisonous modern aristocrat (Barre Seid), to a reflection on modern liberalism at Crooked Timber — I landed in my reading on a brilliant comment by composer Frank Wilhoit. This piece is about his comment." How Wilhoit defined conservative philosophy: "There must be in-groups whom the law protects but does not bind, and out-groups whom the law binds but does not protect."

Before they did Ghosts, the same ensemble had a show called Horrible Histories, which I guess you could say was an unflattering but accurate look at the grisly past. I was delighted by their "Four King Georges" song, so that's where I've linked this video, but if you like that sort of thing you might want to watch the whole thing.