Tell them Boris sent you 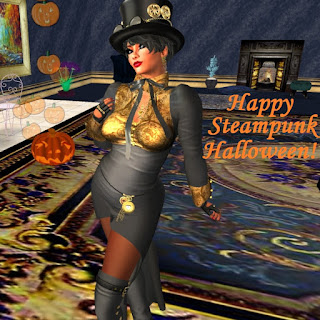 If you were thinking you couldn't figure out the news from the British Parliament merely because you are American and therefore the British system is just too alien to you, no, it's not that. No one here knows what's going on, either. Conversations almost daily go something like this: "Did you hear Boris did X?" "Yeah, but what's it mean?" "Nobody knows."

"Trump administration official resigns, calls for massive student debt forgiveness: A senior government official appointed by Education Secretary Betsy DeVos resigned Thursday, saying the current student loan system is 'fundamentally broken' and calling for billions of dollars in debt to be forgiven. A. Wayne Johnson was hired as the chief operating officer of the Office of Federal Student Aid, which manages the country's $1.6 trillion outstanding student loan portfolio. He later worked in a strategic role, directing how student loans are serviced for borrowers." He says he's going to run for the Senate as a Republican on a platform of eliminating student debt, using a tax increase to pay for it. As Dan Riffle tweeted, "The thing about overton window politics is you don't just move your own party. The leading edge moves left, and the trailing edge moves left with it."

John Nichols in The Nation, "Bernie Sanders Is As Frustrated as Ever With Corporate Media: The senator explains to The Nation why he is raising concerns not just about the presidential debates but about the media's narrow coverage of national crises. [...] Critiquing media coverage of debates and campaigns, issues and ideas is nothing new for Sanders. He has been calling out 'the corporate media' in much the same language that he now employs for decades. When Robert W. McChesney and I were writing about media and democracy issues in the mid-1990s, Sanders, who was then serving in the House of Representatives, and Minnesota Senator Paul Wellstone were among the rare members of Congress who recognized that the conglomeration of media ownership—and the influence of this consolidated media on our politics—could not be ignored. [...] 'Even more important than much of the corporate media's dislike of our campaign is the fact that much of the coverage in this country portrays politics as entertainment, and largely ignores the major crises facing our communities,' wrote Sanders. 'In fact, what I have learned from experience is that, as a general rule of thumb, the more important the issue is to large numbers of working people, the less interesting it is to the corporate media. Sadly, for the corporate media, the real issues facing the American people—poverty, the decline of the middle class, income and wealth inequality, trade, health care, climate change, education etc.—are fairly irrelevant.'"

New campaign ad: "Bernie's Burlington: The Spark That Spread Around the Country"

"Harris Loses Ground in California to Front-Runners Warren and Sanders: Less than five months before Californians vote in the 2020 presidential primary, a new Change Research poll for KQED shows U.S. Sen. Kamala Harris losing ground to the front-runners, Sens. Elizabeth Warren from Massachusetts and Vermont's Bernie Sanders. The poll, taken after last week's Democratic candidate debate, finds Warren is the top choice of 28% of primary voters, followed by Sanders at 24% and former Vice President Joe Biden at 19%. South Bend, Indiana Mayor Pete Buttigieg is fourth with 9% followed by Harris at 8%."

"Bernie Sanders Vows To Revive Criminal Prosecutions Of CEOs For Unfair Trade Practices: BERNIE SANDERS, IF he were elected president, would revive the criminal provisions of the Sherman Antitrust Act to prosecute CEOs who have illegally monopolized a market, he told The Intercept in an interview. The Sherman Act is the Department of Justice's main tool for enforcing antitrust laws, which are meant to prevent monopolies from dominating an industry, which harms workers, consumers, and other businesses. It has both civil and criminal provisions, though in recent years, prosecutors have relied only on its civil provisions, with the intent of breaking up monopolies and opening markets. Asked if the criminal provisions, which could see a CEO locked up for 10 years if intent to engage in unfair restrictions on trade can be proven, Sanders said, 'Damn right they should be.'"

On Democracy NOW!, "Noam Chomsky: Bernie Sanders is Not a Radical, He Has Mass Support for Positions on Healthcare & Taxes: During an event Tuesday night, Noam Chomsky was asked about Democratic presidential candidate Bernie Sanders and said he considered him more of a 'New Deal Democrat' than a radical extremist, as some have portrayed him. Chomsky said Sanders' positions on taxes and healthcare are supported by a majority of the American public, and have been for a long time. He added that Sanders has 'mobilized a large number of young people who are saying, 'Look, we're not going to consent anymore.' If that turns into a continuing, organized, mobilized force, that could change the country—maybe not for this election, but in the longer term.'"

"The Real Obama: What the president does in retirement will reveal his true self.. [...] During his two terms in office, Barack Obama's most zealous devotees tended to explain away apparent failures or complacencies by referring to the constraints high office places on anyone who ascends to it. Even some critics on the left may have suspected that the deeds of Obama's administration were out of sync with his natural instincts, that Obama was a man of high conscience weighed down or blunted by Washington's leviathan bureaucracy, or frustrated by the exigencies of an unstable world. Obama's retirement should therefore finally give us meaningful insight into who he really is or, to put it another way, who he has been all along. The albatross of office finally lifted from his neck, America's 44th president is now free to do anything and everything he desires without impediment. He can be the person he has always wanted to be, the person whom he has had to keep hidden away. Who, then, is the real Obama? Well, it turns out the real Obama is quite like the one we knew already. And what he most wants to do is nestle himself cozily within the bosom of the global elite, and earn millions from behind a thinly-veiled philanthropic facade."

RIP: Former Rep. John Conyers dies at 90: Former Rep. John Conyers (D-Mich.), the longest-serving African American House member in congressional history, died Sunday at age 90. Conyers, a veteran of the Korean War and participant in the Civil Rights movement, was co-founder of the Congressional Black Caucus and chaired the House Oversight Committee from 1989 to 1995. He also introduced the bill establishing a national holiday commemorating Martin Luther King Jr.'s birthday. He was also the first African American to serve as Dean of the House, or longest continually-serving current member. Conyers was a member of the House Judiciary Committee during the Watergate investigation into President Richard Nixon, and was on Nixon's 'enemies list.' During his tenure, he also regularly introduced bills to establish a single-payer health care system and to conduct a study on reparations for the descendants of slaves."

"J.S. Bach the Rebel: The subversive practice of a canonical composer." This guy was a troublemaker and possibly a great big slut.

And now a word from Jason Mraz, "Look For The Good."
(And here's the song.)