Grab that cash with both hands and make a stash 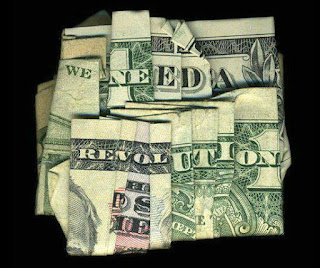 Elizabeth Warren's press release for her Accountable Capitalism Act is nicely put together and provides some good background:

"For most of our country's history, American corporations balanced their responsibilities to all of their stakeholders - employees, shareholders, communities - in corporate decisions. It worked: profits went up, productivity went up, wages went up, and America built a thriving middle class.

"But in the 1980s a new idea quickly took hold: American corporations should focus only on maximizing returns to their shareholders. That had a seismic impact on the American economy. In the early 1980s, America's biggest companies dedicated less than half of their profits to shareholders and reinvested the rest in the company. But over the last decade, big American companies have dedicated 93% of earnings to shareholders - redirecting trillions of dollars that could have gone to workers or long-term investments. The result is that booming corporate profits and rising worker productivity have not led to rising wages.

Warren's prepared remarks to the National Press Club about her anti-corruption bill are also pretty interesting. And Howie Klein bulllet-pointing it in "Can Corruption In Government Be Legislated Out Of Existence By... Corrupt Politicians?."

"To Force Billionaires Off Welfare, Sanders Tax Would Make Corporations Fund 100% of Public Assistance Their Low-Paid Workers Receive: I don't believe that ordinary Americans should be subsidizing the wealthiest person in the world because you pay your employees inadequate wages."

"Verizon refused to un-throttle a California fire department's 'unlimited' plan during wildfires: Although calling out wireless carriers is a frequent pasttime here at BGR, sometimes a story comes along that sounds so cartoonishly villanous that you assume something in the story is wrong. But in this case, there are emails, and what they reveal is that Verizon's big talk about supporting emergency services apparently doesn't work in the real world. Ars Technica's Jon Brodkin found a series of emails between the Santa Clara County Fire Department and Verizon discussing the fire department's supposedly unlimited plan, how it was being throttled while on scene trying to battle a wildfire, and what could be done about it." This is shameful; if they're going to say a plan is "unlimited", it should damned well be unlimited, fire department or not. Their claim of support for emergency services sounds like pure fabrication.

"Empire Files forced to shut down by sanctions against Venezuela: As a result of financial attacks by the US government on the primary source of TeleSUR's funding, production was halted before the completion of Empire Files Season Two."

"Reality Winner, who pleaded guilty to leaking secret U.S. report, gets 63-month sentence: AUGUSTA, Ga. -- A former government contractor who pleaded guilty to mailing a classified U.S. report to a news organization was sentenced to more than five years Thursday as part of a deal with prosecutors, who called it the longest sentence ever imposed for a federal crime involving leaks to the media. Reality Winner, 26, pleaded guilty in June to a single count of transmitting national security information. The former Air Force translator worked as a contractor at a National Security Agency's office in Augusta, Georgia, when she printed a classified report and left the building with it tucked into her pantyhose. Winner told the FBI she mailed the document to an online news outlet."

"Wells Fargo-- The Anti-Medical Marijuana Bank-- Strikes Again [...] 'They told me my account was being flagged because of my political platform,' Fried said during a news conference at the Capitol. She lists greater access to medical marijuana as one of the main issues of her campaign."

'Incredible': New Poll That Shows 70% of Americans Support Medicare for All Includes 84% of Democrats and 52% of Republicans: Don't tell anyone but, uh, we're gonna win. [...] With such levels of popularity, as an accompanying article exploring some of the tensions within the party makes clear, Democratic leaders are being told they ignore the push for Medicare for All at their own peril. [...] While the Reuters article focused mainly on the question of whether progressive leaders like Sanders and congressional candidates like New York's Alexandria Ocasio-Cortez and Nebraska's Kara Eastman can convince voters to support progressive proposals, the news agency's polling showed that centrist Democrats, who claim they are trying to appeal to so-called "moderates," are actually alienating the vast majority of potential voters on key issues." This means that the percentage of Republican voters who support M4A is higher than the percentage of Democrats in Congress who do.

"California Could Soon End Money Bail, But At What Cost?: The passage of Senate Bill 10 would decimate the bail industry, but many advocates say it falls short of true reform. [...] In earlier drafts of the bill, all defendants would have appeared before a judge with a presumption of release. To detain someone, prosecutors would have had to make a case with convincing evidence that there was no way to release the person while ensuring his or her next court appearance and protecting public safety. This month, however, a new draft of the legislation began making the rounds that vastly altered its vision and scope. While abolishing cash bail and mandating the release of most people arrested for nonviolent misdemeanors within 12 hours of being booked, the new draft gives county judges wide-ranging discretion over which defendants deemed 'medium risk' could be detained pretrial."

RIP: Lynn Stout, economics professor best known for busting the shareholder value myth. Though she died last April at 60 after a battle with cancer, I only just learned about it, but I really want people to talk about this important aspect of her work. Her book, The Shareholder Value Myth: How Putting Shareholders First Harms Investors, Corporations, and the Public came out years ago but deserves far more penetration into people's consciousness.
* Back when her book was released, Jay Ackroyd interviewed Lynn Stout on Virtually Speaking.

Yves was also on that subject at the time, with discussion and an interview with Bill Lazonick

Here's Ryan Grim interviewing Stephanie Kelton last spring on why we can't have nice things - but could if Congress wanted to.

And Gaius reminded me recently of this four-year-old interview Sam Seder did with Philip Mirowski, author of Never Let a Serious Crisis Go to Waste: How Neoliberalism Survived the Financial Meltdown., on the history and continued evil of neoliberalism.

"Meet the Economist Behind the One Percent's Stealth Takeover of America: Nobel laureate James Buchanan is the intellectual linchpin of the Koch-funded attack on democratic institutions, argues Duke historian Nancy MacLean."

George Monbiot in the Guardian, "A despot in disguise: one man's mission to rip up democracy: James McGill Buchanan's vision of totalitarian capitalism has infected public policy in the US. Now it's being exported. [...] He explained how attempts to desegregate schooling in the American south could be frustrated by setting up a network of state-sponsored private schools. It was he who first proposed privatising universities, and imposing full tuition fees on students: his original purpose was to crush student activism. He urged privatisation of social security and many other functions of the state. He sought to break the links between people and government, and demolish trust in public institutions. He aimed, in short, to save capitalism from democracy."

Even Forbes admits it: "America's Real Economy: It Isn't Booming: Ostensibly, for the past ten years, our economy has been recovering from the 2008 collapse. During the past few years, our comeback seems to have gained momentum. All the official indicators say we're back in boom times, with a bull market, low unemployment and steady job growth. But there is an alternative set of data that depicts a different America, where the overlooked majority struggles from month to month." The story gets the data right (Thanks to The Nation and TomDispatch), but then, alas, descends into prescriptions that come straight from the centrist playbook. "What's genuinely astonishing to me is that the private sector doesn't see the immense danger in all this — not simply the prospect of a collapse from enormous household debt loads, but the prospect of civil unrest after another huge correction like the one in 2008. Our current course is unsustainable. And for all the proposals for changes in public policy to ameliorate income inequality, only the private sector can get the nation on a better track by raising wages, increasing benefits and investing in new ventures and expanded markets." While it's true that raising wages is certainly a necessity, the private sector is not going to do any of this unless public policy forces them to. The constant refrain that we need more and more education — now supplied by the private sector — is ludicrous since we already have an educated populace that is out of work. The only thing the private sector can actually do at this point is reverse course on pressuring government to make their lives so easy, and start telling government to restore the regulations and enforcement that used to make them pay better wages, treat their workers better, and quit moving production abroad. Government has to go back to making business work, and it has to start spending real money again in the real economy and taxing the hell out of the rich.

Just when I was about to go to bed I see this tweet from Sam retweeting David Dayen retweeting a Will Sommer tweet posting a screen capture of a tweet from Lionel ("One of the leading promoters of the QAnon conspiracy theory") bragging about the honor of going to the White House to meet Trump. Lionel, as David points out, is "literally the guy who replaced @SamSeder on Air America." But in the ensuing thread I found a 2010 video I'd never seen, "Sam Seder on TYT Network (Why Air America Fell, Obama & Much More!)," posted because it includes Sam talking about the end of Air America Radio not long after it's official demise, but before that an amazingly prescient interview with Chris Hayes about how the failure of Obama and the Democratic Party to seize the populist moment could easily lead to right-wing "populism" - and the situation we have now.

RIP: "Sen. John McCain, Former Presidential Nominee And Prisoner Of War, Dies At 81." I think I'm with Max Blumenthal on this.