Now you know I'd try 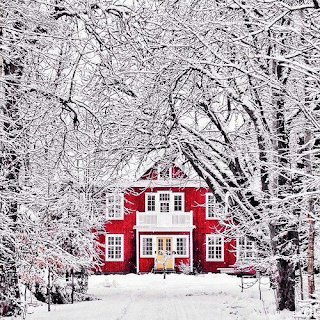 Bernie Sanders responds to the State of the Union Address

"6 Senate Democrats put confirmation of Trump HHS nominee with fringe views over the top: Six Dems voted for an anti-choice candidate who once helped big pharma game patents for profit." Note that the vote was 55-43.
* But there is always worse to come. The other day Jonathan Cohn tweeted: Fun fact: Democrats actually had a majority in the Senate today. Three Republicans were absent, making the body 49-48. But don't worry -- Democrats still allowed Trump's nominees to sail through!"

"President Trump Slaps Tariffs on Solar Panels in Major Blow to Renewable Energy [...] The U.S. will impose duties of as much as 30 percent on solar equipment made abroad, a move that threatens to handicap a $28 billion industry that relies on parts made abroad for 80 percent of its supply. Just the mere threat of tariffs has shaken solar developers in recent months, with some hoarding panels and others stalling projects in anticipation of higher costs. The Solar Energy Industries Association has projected tens of thousands of job losses in a sector that employed 260,000. The tariffs are just the latest action Trump has taken that undermine the economics of renewable energy. The administration has already decided to pull the U.S. out of the international Paris climate agreement, rolled back Obama-era regulations on power plant-emissions and passed sweeping tax reforms that constrained financing for solar and wind. The import taxes, however, will prove to be the most targeted strike on the industry yet."

"Ex-Justice Dept. lawyer offered to sell secret U.S. whistleblower lawsuits to targets of the complaints: Jeffrey Wertkin had a plot to bring in business and impress his new partners after joining one of Washington's most influential law firms. As a former high-stakes corporate-fraud prosecutor with the Department of Justice, he had secretly stockpiled sealed lawsuits brought by whistleblowers. Now, he would sell copies of the suits to the very targets of the pending government investigations - and his services to defend them. Wertkin carried out his plan for months, right up until the day an FBI agent arrested him in a California hotel lobby."

"Satanic Temple Beats Missouri In Showdown Over Abortion Rights [...] JEFFERSON CITY, Mo. - On Wednesday, Missouri's Solicitor General D. John Sauer declared ultrasounds are not required to obtain an abortion in Missouri, according to a press release from the Satanic Temple. The move comes after a showdown in the Missouri Supreme Court after a group called the Satanic Temple fought the state's abortion restrictions on behalf of an anonymous woman."

"NSA Deletes 'Honesty' And 'Openness' From Core Values [...] On January 12, however, the NSA removed the mission statement page - which can still be viewed through the Internet Archive - and replaced it with a new version. Now, the parts about honesty and the pledge to be truthful have been deleted. The agency's new top value is 'commitment to service,' which it says means 'excellence in the pursuit of our critical mission.'"

"Ned Lamont Jumps Into Connecticut Governor's Race: ed Lamont, the Greenwich millionaire who rose to national prominence when he defeated then-Sen. Joseph Lieberman in a 2006 Democratic primary, is entering the crowded contest to become Connecticut's next governor, his second bid for the office." This is a story I hope no one has forgotten, because leadership Dems tried hard to beat Lamont, but when he won anyway and became the Democratic nominee, they joined up with Republicans to make sure he lost.

Lee Fang and Ryan Grim have been talking to Howie after watching the Democratic fifth column in action, and they have a detailed piece in The Intercept on just this phenomenon. "The Dead Enders: Candidates Who Signed Up to Battle Donald Trump Must Get Past the Democratic Party First. [...] In his farewell address, President Barack Obama had some practical advice for those frustrated by his successor. 'If you're disappointed by your elected officials, grab a clipboard, get some signatures, and run for office yourself,' Obama implored. Yet across the country, the DCCC, its allied groups, or leaders within the Democratic Party are working hard against some of these new candidates for Congress, publicly backing their more established opponents, according to interviews with more than 50 candidates, party operatives, and members of Congress. Winning the support of Washington heavyweights, including the DCCC - implicit or explicit - is critical for endorsements back home and a boost to fundraising. In general, it can give a candidate a tremendous advantage over opponents in a Democratic primary." A fundamental component of the DCCC's losing strategy: "James Thompson, who lost a close special election in Kansas and is again running for the Wichita seat in 2018, said the DCCC is specific about why it wants candidates to raise money. 'They want you to spend a certain amount of money on consultants, and it's their list of consultants you have to choose from,' he said. Those consultants tend to be DCCC veterans. A memo the party committee sent to candidates in December lays out some of the demands the DCCC made around spending."

Bernie Sanders led a National Medicare for All National Town Hall, breaking the myths and giving the facts about single-payer systems.

Marcy Wheeler thinks Glenn Greenwald's take is different from her own, but she sees other problems with the Russia story, in All Glenn Greenwald's Women," where she notes that, "A big profile of Greenwald neglects to cite even one woman - thereby missing crucial nuance in the story of Russia's meddling in the 2016 election."

"Despite Liberalizing Marijuana Laws, the War on Drugs Still Targets People of Color: THE HUGE FAILURE we know as the 'war on drugs' is back in full force under the Trump administration, thanks in no small part to Attorney General Jeff Sessions's retrograde tough-on-crime approach to drugs. It's not hard to understand why someone like Sessions, with a history of racism, would love the war on drugs: In reality, it was always a war on a very particular set of people - and you can probably guess who those people are. And yet despite Sessions's best efforts, there's been a lot of progress on legalizing marijuana; opinions are changing and, in a lot of places, so are laws. At the intersection of these pushes to legalize weed and the so-called war on drugs, there are a bevy of major scandals unfolding, all of which are ravaging communities of color. And here's the thing about these scandals: They can't simply be blamed on President Donald Trump and his team. Instead, they're deeply rooted in a bipartisan type of anti-blackness."

Niko House is convinced that Bernie Sanders will run in 2020, and I wish he'd use a spell-checker, but I think most of what he says in "No, Bernie 2020 Will Not Be The Same As 2016" is on the mark. This is addressed to questions some of his crankier supporters have expressed about why he endorsed Clinton and made other noises they didn't like, and whether he should run as a third-party candidate. House doesn't address the age question (but with Biden throwing his hat in the ring, why should he?); however, "Bernie Sanders is not the perfect candidate. He is not the perfect human being. We may not even like all of his decisions. But there is no one else in his position that is speaking about universal healthcare at nationally televised town hall meetings. There is no one else telling the media that we need to get out of the middle east and stay out. There is no one else who speaks of ranked choice voting and election reform. And there is without a doubt no one else who has chained themselves to a Black woman in a valiant display of courage during the civil rights movement who is still preaching those same values today."

"A huge cache of Rumsfeld memos were just released - Here are the best ones." Scott Horton liked the one about how apparently James Carville "volunteered to help in the information war."

"Racism May Have Gotten Us Into This Mess, But Identity Politics Can't Get Us Out [...] My ultimate quibble with Coates's piece is with its pessimism - the presumption that the union between rich and poor whites, forged in the heat of antebellum anti-black antipathy, is America's destiny as well as its past. Coates argues that admitting race, rather than class, was the proximate cause of Trump's electoral victory would mean that leftists 'would have to cope with the failure, yet again, of class unity in the face of racism.' But that presupposes that class unity was attempted by the Democratic Establishment in 2016. Tragically, it was not. Perhaps, if it had been, there would be no need to address the phenomenon of our 'first white president.' We'd be discussing our first female president instead."

"Biden Trashes Millennials in His Quest to Become Even Less Likable: 'Give me a break,' he said of young people who 'think they have it tough.'"

JUST MARRIED; Capt. Daniel Hall and Capt. Vincent Franchino, Apache helicopter pilots, "on Jan. 13 in the Cadet Chapel at the United States Military Academy in West Point, N.Y., where they are believed to be the first active-duty, same-sex couple to exchange vows at the legendary Army post."

RIP: "Ursula K. Le Guin, Acclaimed for Her Fantasy Fiction, Is Dead at 88: Ursula K. Le Guin, the immensely popular author who brought literary depth and a tough-minded feminist sensibility to science fiction and fantasy with books like The Left Hand of Darkness and the Earthsea series, died on Monday at her home in Portland, Ore. She was 88." She was our inspiration and our mentor and a lot of things. We owe her so much. And we loved her. Roz Kaveney wrote an obituary for TLS.

RIP: "Mort Walker, Creator of 'Beetle Bailey' Comic Strip, Dies at 94 [...] Mr. Walker had the longest tenure of any cartoonist on an original creation, King Features, which began its syndication of 'Beetle Bailey' in 1950, said in a statement. 'Little did I know when I was drafted that I was going to get almost four years of free research,' Mr. Walker recalled in his collection 'The Best of Beetle Bailey' (1984)."

RIP: Robert Parry, 68, after a series of strokes and pancreatic cancer. Parry, founder of Consortiumnews, covered the Iran-Contra scandal for AP and Newsweek and popularized the phrase "October Surprise" after discovering the roots of Iran-Contra went all the way back to the 1980 presidential campaign. Consortiumnews was a vital part of the liberal internet from its inception in 1995, and as longtime readers of The Sideshow may recall, got links here from the very beginning. He was an inspiration to us old-school bloggers.

Buffalo Springfield, "Expecting to fly"
Sometimes I can't believe how pretty this song is.