The homecoming queen's got a gun 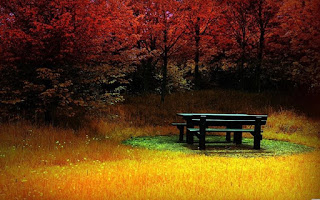 A little reminder, and I still haven't heard of anyone doing anything about this: "GOP voter registration scandal widens: A Virginia official is busted for tossing voter forms. Turns out he works for the national party, too"
* Voter ID and driver's license office closures black-out Alabama's Black Belt

A Breakthrough on the TPP deal. Damn. TPP Agreement Announced, Setting Up Battle In Congress
* Sherrod Brown's statement on reports that Trans-Pacific Partnership could harm American auto workers
* Lori Wallach at Public Citizen on some questions about the process of passing TPP (.pdf)
* Techdirt: "TPP Also Locks In Broken Anti-Circumvention Rules That Destroy Your Freedoms
* "WikiLeaks Publication of Complete, Final TPP Intellectual Property Text Confirms Pact Would Raise Costs, Put Medicines Out of Reach: Final Deal Rolls Back Bush-Era 'May 2007' Access to Medicine Protections [...] The leak comes the morning after a White House meeting with pharmaceutical executives who are dissatisfied that the deal did not provide them even greater monopoly rights."

This is interesting: Jennifer Rubin, part of the "conservative" slate at The Washington Post, has an article up called, "Don't forget about Bernie Sanders," and it makes perfectly good points about why Sanders might very well win the nomination. But since it's Rubin, I have to ask myself what her purpose in writing it is, don't I? Is it that she thinks taking Sanders seriously makes it a more interesting horse race for a mainstream journalist to cover? Is it that she hates Hillary Clinton? Is it that the Republicans think Sanders will be easier to beat? Or is it that she has a grudging respect for how far the old man has come? "If Sanders is simply a not-Hillary vote one could see that all shifting to Biden. But if he is - as one surmises from huge crowds - a leader of a true left-wing movement just as fed up with Washington, D.C. as their right-wing counterparts then Sanders remains the man to beat. It is tempting for non-Democrats to write off Sanders as the Democrats' Donald Trump, a flash-in-the-pan with no real chance to win the nomination let alone the presidency. But in contrast to Trump who is ideologically all over the map and personally obnoxious, Sanders is a U.S. senator, a somewhat charming figure and representative of a significant segment of the party for whom Obama's greatest fault was in not going far enough (on climate change, immigration, single-payer healthcare, etc.) or selling out entirely (on trade)."
* The adventures of Bernie Sanders and Cornell West in South Carolina
* If you're not rich and want to go to college, vote for Bernie: "College is a time for study and achievement. It can also be competitive. Students who are forced to comply with Clinton's 10-hour-per week work requirement-- which is one-fourth of a full-time job - will carry a heavy burden of time and effort. Wealthy students won't share that burden because their parents are paying full tuition."
* Bernie Sanders Brings Out Record-Breaking Crowd in Boston
* Bernie Sanders at the Littleton Opera House in Vermont
* Can Bernie Sanders win the south?

Firefighters' Union Backs Away From Endorsement of Hillary Clinton

Snowden asks to be put in US prison?

Charlie Pierce, "The U.S. Military Is Determined to Dodge Responsibility for the Afghan Airstrike: Somebody bombed a hospital."
* Doctors Without Borders airstrike: US alters story for fourth time in four days
* Greenwald, "The Radically Changing Story of the U.S. Airstrike on Afghan Hospital: From Mistake to Justification"

"U.S. to Release 6,000 Inmates Under New Sentencing Guidelines: The Justice Department is preparing to release roughly 6,000 inmates from federal prison as part of an effort to ease overcrowding and roll back the harsh penalties given to nonviolent drug dealers in the 1980s and '90s, according to federal law enforcement officials."

"Pope Francis Rejects Kim Davis's Account Of Meeting And Refuses To Endorse Her Bigotry."
* "Pope Francis expected to fire the Archbishop who tricked him into meeting Kim Davis ."

Colbert on when Donald Trump and Kevin McCarthy tell the truth.

"Elizabeth Warren Made Washington Angry Again. [...] The Beltway outrage directed at Warren for sending the letter, of course, has nothing to do with the quality of Litan's research or his ability to publish it. The First Amendment has not been repealed. Nothing prevents Litan from doing all the industry-funded research he wants and letting the public evaluate its merits. What Litan can no longer do, however, is capitalize on Brookings' centrist, scholarly reputation when performing favors for flush corporate clients. This is a scary thing in the nation's capital, where this sort of thing happens all the time. Corporate interests pay for a lot of economic studies that end up being used as lobbying cudgels. People in Washington are accustomed to cashing in on their reputations and those of prestigious institutions."

Back in February, Marcy Wheeler warned us that Loretta Lynch was a terrible choice for Attorney General, and now here's Lynch saying the government shouldn't require reports of people killed by police.

* "California Governor Signs Ambitious Renewable Energy Bill Into Law: While a whole bunch of states are suing the EPA for regulating carbon spewing from the electricity sector, other states, such as California, are moving full-steam ahead towards renewables and carbon-cutting. Gov. Jerry Brown signed a bill into law Wednesday that requires state-regulated utilities to get a whopping 50 percent of their electricity from renewable energy sources, such as wind, solar, and hydro, by 2030. The law also requires a 50 percent increase in energy efficiency in buildings by that year. The goals were previously laid out during Brown's inaugural address. "

How Harper and the Conservatives Broke the Canadian Economy

Patriotic Millionaires answer the question, "What Is Carried Interest Anyway?" and say the carried interest loophole should be eliminated. Why? "'At a time when wages for working people have stagnated at 1990 levels and they are paying taxes at ordinary income rates, it is an outrage for a small group of hedge fund operators, often making hundreds of millions of dollars a year, to have their income taxed at low capital gains rates,' said Patriotic Millionaire Guy T. Saperstein, Attorney."
* Who is the Retail Investor Protection Act trying to protect?

And for today's chart, American deaths in terrorism vs. gun violence in one graph.

"Women legislators turn the tables and introduce bills regulating men's reproductive health: Ohio state Sen. Nina Turner (D) isn't happy with bills that seek to control women's access to contraception and abortion. She has joined a trend across the nation by introducing a bill that would require men seeking a prescription for erectile dysfunction drugs to see a sex therapist, receive a cardiac stress test and 'get a notarized affidavit signed by a sexual partner affirming impotency.' Sex therapists would be required to present the option of 'celibacy as a viable lifestyle choice.'"

'Suffrajitsu': How the suffragettes fought back using martial arts

Feminist protesters storm red carpet at London premiere of Suffragette: "Activists from Sisters Uncut, who campaign against domestic violence, attended the red carpet event saying they wanted to bring attention to the cuts to domestic violence services and declaring 'the battle isn't over yet'."

"Scientists Invent a New Steel as Strong as Titanium: South Korean researchers have solved a longstanding problem that stopped them from creating ultra-strong, lightweight aluminum-steel alloys."

Psychedelic Mushroom Compound Found to Grow and Repair Brain Cells: "The study, published in Experimental Brain Research, says psilocybin is able to bind to special receptors in the brain that stimulate healing and growth. In the case of these mushrooms, brain cell growth occurs. In mice, the researchers found psilocybin to actually help repair damaged brain cells and cure or relieve PTSD and depression."

Dept. of If You're So Smart, Why Aren't You in Prison? "Harvard Debate Team Loses to Prison Debate Team: The prison team had its first debate in spring 2014, beating the U.S. Military Academy at West Point, N.Y. Then, it won against a nationally ranked team from the University of Vermont, and in April lost a rematch against West Point."

RIP: Dennis Healey, 98, legendary Labour Party figure who was either too right-wing or "one of the best prime ministers Britain never had," depending on who you ask.

The Adventures of God: The Extinction of the Dinosaurs Explained

"The fake horror movie trailer the internet deserves" - may not be work-safe.

The Kinsey Sicks present: "Get A Gun".

Bernie in music:
* "Mr. Sanders, Bring Us A Dream"
* "The Ballad of Bernie Sanders"