So many different people to be 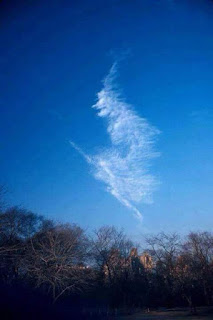 Dave Johnson and Marcy Wheeler talked about the mystery of the Speakership, TPP, and Dem debates, on Virtually Speaking.

Yes, the online polls everywhere said that Bernie won the debate, but they're online polls and their value is debatable. Focus groups are a different thing, though, and at CNN, on Fox, and at Fusion, focus groups liked Bernie. Still not the most scientific, but Guy Saperstien reminded me that they used to do snap polls after debates, but when the polls disagreed with the pundits, they stopped doing them. But the pundits thought Rubio won the earlier Republican debates and Trump was toast, and, um, they were wrong, so we really have no idea who won.

Meanwhile, Bloomberg tells us, How Bernie Sanders Raised $1.3 Million in Four Hours during the debate: "When a campaign reaches out to people on their mobile phones, it can catch them wherever they are, sweeping them up in a moment of excitement, said Erin Hill, ActBlue's executive director."

Is Joe Scarborough feeling the Bern? Sure sounds like it. Maybe they should get him to be one of the journalists who ask the questions in the upcoming Democratic debates, since they seem to be short of liberal progressives.
* I think Ellen is feeling the Bern, which is no surprise. But that doesn't mean this clip doesn't start off with a surprise.

11,000 turn out for Bernie in Tucson; Bernie gets his first Congressional endorsement.
* "Keith Ellison hands Bernie Sanders his second congressional endorsement: Sen. Bernie Sanders will get a pre-debate boost from Rep. Keith Ellison, the co-chairman of the Congressional Progressive Caucus, who will become the second member of Congress to endorse Sanders' insurgent presidential campaign Monday, he told MSNBC. [...] Ellison joins his fellow Progressive Caucus co-chairman, Rep. Raul Grijalva, who endorsed Sanders last week at a rally in Tucson, where Grijalva's congressional district is based. Sanders will face off against his rivals Tuesday at the first Democratic debate in Las Vegas."
* They've changed it, now (probably owing to some sneering responses to it), but the original headline at The Hill for this story was, "Muslim lawmaker endorses Sanders."

"GOP Extremists About To Be Hoist On Their Own Petard?" Seems they made their own rules to deal with something that already happened, and instead made their problems much worse. Oh, dear. Some pretty radical notions are popping up. Scary.
* Of course, both sides do it - that is, stab themselves in the foot. "Debbie Wasserman Schultz Has Ruined The First Debate Already-- They Should Fire Her Before She Ruins The Rest. Remember how CNN hired Rachel Maddow to host the Republican debate? No, you missed that one? Me too. But CNN did hire Fox-Republican shill Brian Kilmeade to make sure the GOP perspective was well represented in the first Democratic primary debate. Blame DNC chair, Debbie Wasserman Schultz.
* "The DNC screwed Hillary - now get ready for a Bernie Sanders earthquake: Limiting debates did her no favors. Now she's barely leading a 74-year-old socialist. This debate is pivotal."

Ezra Klein unnerved by Clinton's TPP opposition: "On Wednesday, Clinton came out against the Trans-Pacific Partnership trade deal, saying that she's concerned with the provisions around pharmaceuticals and the absence of provisions around currency manipulation. But as Tim Lee notes, Clinton strongly supported early versions of the deal - she called the TPP 'the gold standard in trade agreements" - that were worse on pharmaceuticals and identical on currency manipulation."

"Trumka calls for immediate release of TPP text [...] 'In my experience, when there is such good news to share, there is no need for secrecy,' Trumka wrote. 'If TPP will do for the American middle class all that USTR claims, releasing the text would be the single best way to prove that.' U.S. Trade Representative Michael Froman has said that the text should be ready in about 30 days, once the lawyers are done scrubbing the agreement. Then the 30-chapter TPP deal will be available to the public for scrutiny. In response to that timeline, Trumka said that 'creating a level playing field for American workers includes equal access to information, and the only way to ensure that is to ensure that all Americans have equal access to the text - not in 30 days, after the public relations spin has been spun, but right now.'"
* Jim Hightower: "'We Are Writing the Rules,' says Obama. Who's 'We'?"

Down in the weeds, I still have plenty of reasons not to want her to be president, but there's no denying that the press hates Hillary Clinton, and their own words tell you it's true.

"Jeb Bush At Lehman Brothers: Florida Official Joked About Bush's Influence Over State Pension [...] Bush has denied any involvement in the transactions, which might eventually cost Florida taxpayers as much as $1 billion. But a state official named Michael Lombardi -- who managed investments for the part of Florida's pension that bought Lehman assets -- invoked Bush's name in a Jan. 9 email exchange with a Lehman managing director who was announcing his new job at the firm."

Assange: UK refuses hospital visit for MRI and diagnosis: "In a press conference today, Ecuadorian Foreign Minister Ricardo Patino read out a letter from Assange's UK doctor who conducted a medical examination in August. The letter says that he is in constant and severe pain, which is growing worse and has been present since June 2015. The doctor stated that an MRI scan needs to be performed. This can only be carried out in a hospital." But the UK is refusing to grant him safe passage to a hospital and is saying he must give up his asylum in order to receive medical treatment.

Tim Dickenson's detailed exposé of the Koch brothers in Rolling Stone apparently freaked them out.

Just 158 families have provided nearly half of the early money for efforts to capture the White House. "Relatively few work in the traditional ranks of corporate America, or hail from dynasties of inherited wealth. Most built their own businesses, parlaying talent and an appetite for risk into huge wealth: They founded hedge funds in New York, bought up undervalued oil leases in Texas, made blockbusters in Hollywood. More than a dozen of the elite donors were born outside the United States, immigrating from countries like Cuba, the old Soviet Union, Pakistan, India and Israel."

"More than 50 Labour MPs to defy Jeremy Corbyn in vote on Syria. [...] In a clear challenge to the Labour leader's authority, a group of MPs and peers is ready to work with Conservative colleagues to promote a three-pronged strategy in which military intervention by UK forces would complement fresh humanitarian and diplomatic initiatives."

"California Will Automatically Register Millions Of Voters: On Saturday, California Governor Jerry Brown signed a bill that will allow the state to automatically register millions of residents to vote, using their DMV records. Starting in 2016, every eligible California citizen who goes to a DMV office to get a driver's license or renew one will be instantly registered to vote, unless he or she chooses to opt out." This is great, but I like it even better here in the UK where they actually send people to your door to make sure people who are entitled to vote are registered.

Catholic Nun Slams Republicans on Their Anti-Abortion Hypocrisy: "I do not believe that just because you're opposed to abortion, that that makes you pro-life. In fact, I think in many cases, your morality is deeply lacking if all you want is a child born but not a child fed, not a child educated, not a child housed. And why would I think that you don't? Because you don't want any tax money to go there. That's not pro-life. That's pro-birth. We need a much broader conversation on what the morality of pro-life is."

I went broke teaching your kid: The real story about life on a teacher's salary

[Video] Corruption is Legal in America - The Princeton study showing that politicians pass laws that serve the rich instead of what the public wants (and needs), illustrated.

Jeremy Cahill says "Drones are a tool, not a policy. The policy is assassination." But really, drones are terrorism.

How real news would sound

Hail to the Pencil Pusher [...] But the problem was so severe that Congress eventually decided tackle it administratively. Criminalizing bad behavior wasn't enough; for the good of individual lives and the larger economy, the government would take positive steps to prevent explosions. Under the Steamboat Act of 1852, Congress mandated standards for boiler pressure and testing. Pilots and engineers would be federally licensed. And government inspectors could enforce these rules. This 'steamboat agency' seems like something straight out of the twentieth century. It relied on the Constitution's commerce clause to regulate a specific industry for personal safety. It developed these regulations based on scientific understanding. And it combined licensing, rule making, and adjudication, as the New Deal and Great Society agencies did and continue to do. It was, in sum, an early manifestation of an administrative state that contemporary conservatives insist did not exist until Progressive Era reformers built it upon the ashes of a former libertarian utopia."

Iraq For Sale: BANNED Excerpts - banned from being shown in Congress in 2007.

Fashion. Seriously. I mean, seriously. No.

Was this what inspired Alien?