She's no fun, she fell right over 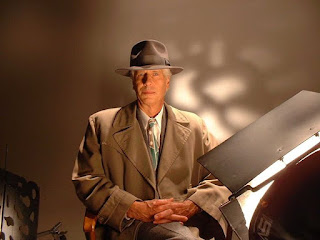 I apparently missed linking this a month ago, but Stuart Zechman and Marcy Wheeler really got into it in the wake of passage of the USA Freedumb Act and the Second Circuit Court of Appeals ruling that the Patriot Act didn't authorize wholesale sucking up of everyone's data as is claimed, but most interestingly, they talked about why the US has this bizarrely intimate relationship with the odious regime of Saudi Arabia, on Virtually Speaking Sundays.
* And this week, Susie Madrak and Sara Robinson on Conversations with Conservatives, and why we need to start having them in this teaching moment.

Well, so much for the great Democratic rebellion and all that. Barack is triumphant, and, strangely, those horrible obstructionist Republicans cooperated with him magnificently.

"Bernie Sanders on Obama's 'Biggest Mistake'" - Well, except it was no mistake, of course. Obama wanted to pen up all those activists and shut them up so he could impose his "centrist" policies without any push-back.
"When Bernie met Hillary [...] They got their meeting at the White House that month, and the two doctors laid out the case for single-payer to the first lady. 'She said, "You make a convincing case, but is there any force on the face of the earth that could counter the hundreds of millions of the dollars the insurance industry would spend fighting that?"' recalled Himmelstein. 'And I said, "How about the president of the United States actually leading the American people?" and she said, "Tell me something real."'" And there's the difference between them right there - Bernie thinks you fight until you win, Hillary thinks you give up before you even try. But we always used to beat them with our message even though they had more money than we did. The DLC told us to stop trying, and they did that thing.

"Democrats Who Move Right Lose Elections - There Is No 'Center" - "Centrists" tell a story where there are these people in the "center" who are swing-voters or independents who would vote for Democrats if only our candidates were right-wing enough. It's implausible for more reasons than one, but the fact that most indies already identify with one party or another is a big one, and they've rebelled not because they see their party as too extreme, but because they see it as too "moderate" - that is, too wishy-washy and too compromising with the other side.

"Another Blue Dog Admits He's Just A Republican-- Switches Parties [...] Over time, Democratic voters start to understand that their Blue Dog congressman is a Republican and they either defeat them in primaries (example: Tim Holden) or sit on their hands and let a Republican win (example: Chris Carney). Sensing impending doom, many Blue Dogs, including some the founders of the rotten organization, have covered up their membership-- like Steve Israel and Adam Schiff most recently-- or have just admitted they're nothing but a Republican, jumping the fence and reregistering as such."

"Guess who's being groomed for a promotion? If you said Patrick Murphy, you'd be right. Chuck Schumer is very high on Murphy to fill Marco Rubio's Senate seat. You see, only in the Democratic Party do they go out of their way to promote from among the top 10 congressmen who vote with the other party for the Senate. This can only be because they like that voting pattern and would like more of this, (which just happened last week)"

Surely it is patently illegal to make people train H-1B immigrants to replace them. Those visas exist to bring in workers specifically when no Americans can be found to do the same job. If you are laying Americans off and replacing them with H-1Bs, you're fraudulently getting those visas for them.

"The Saudi Finger-pointing at Iran: Parroting Israel and Saudi Arabia, much of Official Washington blames Iran for the current instability across the Mideast, but that may rank as one of the most inside-out explanations imaginable, as Flynt and Hillary Mann Leverett explain."

Ray McGovern says Obama is no Jack Kennedy. Hell, I coulda told him that.

The US agency plundered by Chinese hackers made one of the dumbest security moves possible: Contractors in Argentina and China were given "direct access to every row of data in every database" when they were hired by the Office of Personnel Management (OPM) to manage the personnel records of more than 14 million federal employees, a federal consultant told ArsTechnica."

Jon Stewart, unfunny, about Charleston.
In a similar vein, the Onion headline from last year: "‘No Way To Prevent This,' Says Only Nation Where This Regularly Happens"
Tom Tomorrow on A Confederacy of Denial

RIP: At the Firesign Theater site, it says, "Phil Austin 1941-2015: Nick Danger has left the office. Our dear friend and Firesign Theatre partner for over 50 years succumbed to various forms of cancer early this morning at his home on Fox Island, Washington, with his wife Oona and their six beloved dogs at his side. It is a tremendous and unexpected loss, and we will miss him greatly; but in keeping with his wishes, there will be no public memorial. Rest in Peace, Regnad Kcin."
Volkswagen ad

Lee Camp, The TRUTH About GMOs, The Insanity of The G7, & The Fun of Child Poverty

The Night Tube is coming to London.

Wow, you could get a Lego professorship at Cambridge!

Simels managed to find some newly-unearthed Beatles footage I've never seen, and it's the best lip-sync performance ever.