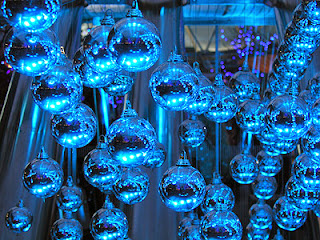 Avedon Carol and Stuart Zechman were the panelists on Virtually Speaking Sundays. First topic was generated by Matt Stoller's piece, previously referenced here, on Why the Democratic Party Acts The Way It Does. Other homework for that segment includes the DLC document "The Hyde Park Declaration: A Statement of Principles and a Policy Agenda for the 21st Century". But the other topic was how we came to be the kind of country where respecting the authority of the police in all circumstances is so important that citizens can be killed for not doing it. So maybe homework should include this article from 2005: "Justices Rule Police Do Not Have a Constitutional Duty to Protect Someone."

Maybe we should call them the Supreme Clique, anyway, since they won't talk to anyone who isn't on the same page and they can't even figure out what the cops are supposed to be for. I mean, seriously: "Supreme Court: It's OK for Cops to Guess Wrong About What the Law Is: A robust 8-1 majority of the Supreme Court ruled today that, contrary to folk belief, ignorance of the law is a perfectly good excuse - as long as it's a cop who's claiming ignorance." 8-1! Well, thank goodness Democrats keep appointing all those liberals to the bench, eh? I was almost afraid I'd find out the dissenter was one of the Republican appointees, but it was Sotomayor.
- And then there's always more from Scalia, who unsurprisingly found an interesting defense of torturing suspects on the grounds that it isn't "cruel and unusual punishment" of people who've already been convicted.

"Why it's so rare for police to be prosecuted for killing civilians, explained in 2 minutes" - Well, no, it explains why it's hard to convict them (because that's a defense argument), but it doesn't explain (a) why grand juries just don't happen to indict them and (b) why seeing someone being perfectly non-threatening scares a supposedly trained police officer to the point that they shoot them without, at the very least, being laughed off the force for being a pants-wetter. It doesn't explain how someone with so little sense of proportion that they kill harmless old men who don't want to go to the hospital or guys who are suspected of not paying a parking ticket or any number of other non-violent, non-felony infractions is on the force in the first place. Even cops who very definitely are not even close to following procedure use fatal choke-holds on such people and don't get prosecuted - but worse, the head of the police union describes this behavior as "good police work". What's that about? Claiming you shot an elderly gent in wheelchair because you were "in fear for your life" should be a firing offense just on the grounds that no one that easily frightened should be on the force, period. And these are the things the media should be talking about, instead of crap like this.
- Cenk says, "American Cops Kill With Startling Frequency Compared To Other Nations"
-Eugene Robinson in The Washington Post, "What America's police departments don't want you to know"

There were some demonstrations recently. All over the country. People just don't seem to like the idea that the cops can shoot you with impunity, it seems. Anyway, the media worked pretty hard to give the impression that nothing much happened that day and hardly anyone turned out for it, but that doesn't appear to have been true.

Mary Landrieu's bitter end: Why her complaints about Democrats abandoning her ring so hollow

Journalism furore: Buncha writers quit The New Republic in outrage and solidarity. Lotta people wonder where these principled journalists were when they did things like, oh, publishing all that crap on The Bell Curve as if it weren't a bunch of already-debunked racist crap. Ta-Nahisi Coates, for example. Wonkette explains what happened and puts it all in context. Via Atrios, who referred to it all as "The Most Entitled Whinefest In History."

Smokey Robinson on being black

Damn, I missed my chance on day 10 of the Headline Advent calendar.

"Virginia DMV Revokes World's Greatest License Plate"
- Well, I rather liked this one, too.

Hark! A Vagrant is a different kinda comic. Michael Abbot particularly wanted to call my attention to the one on Ida B. Wells.

James Brodie's comment on an earlier post's link to Dobie Gray performing "Drift Away" was, "The Neville Brothers would cover Drift Away. While Aaron would be the obvious lead, I can hear Art in there too. Poppa Funk!" And I thought, "That is such an obviously perfect idea that it must already be on YouTube." But, truthfully, I was disappointed. Gray's slower tempo leaves more room for the kind of vocalizations Aaron is so good at.

A Game of Shoes

The Avengers: An photograph

I finally saw Guardians of the Galaxy. I love the comics and I enjoyed the movie, although I had a little trouble with Gamora as the bleeding-heart liberal of the group. And I think they should have gone with Drax's tats from the comics - he looks a bit pink with the ones he has in the flick. But hey, they got Rocket and Groot perfect, and that's what matters! Anyway, here's an Honest Trailer for Guardians of the Galaxy.

Moshe Feder says, "Chanukah starts Tuesday night and these guys do a great job with three holiday standards. (It's an irony of Jewish-American culture that our songwriters have written great Christmas songs, but nothing for Chanukah.)" This was fun to listen to.