If you're so smart, how come you're too rich? 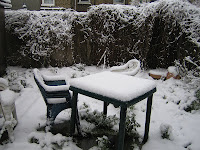 It is the belief of our elites that they are smarter than us and know what's good for the economy, and that's why they should be running things, undemocratically and against our wishes, to "fix" the economy. Like, for example, these guys: US Federal Reserve 'underestimated financial crisis': "The US Federal Reserve may have underestimated the looming 2007 global financial crisis, released transcripts from its meetings that year have shown. The documents suggested Fed Governor Ben Bernanke wanted to hold off from addressing rising panic in the markets. He said in December of that year that he did not "expect insolvency or near insolvency among major financial institutions". Yet many US banks and other financial firms had to be rescued in 2008. [...] The released Fed documents from 2007 also suggest current US Treasury Secretary Timothy Geithner underestimated the crisis. Mr Geithner, who at the time was president of the New York Federal Reserve Bank, said in August of that year: 'We have no indication that the major, more diversified institutions are facing any funding pressure.'"

The National Journal: "Connaughton calls Obama's view 'financially illiterate,' and he's right." (Note this follows a paragraph in which Obama misstates the problem and ends saying, "So the problem in today's financial sector can't be solved simply by reimposing models that were created in the 1930s." But of course, these are precisely the problems that those 1930s models were created to solve - and they worked.)

Or is that just a story? Maybe they already knew the real one: "Concentration of resources in the hands of the top one per cent depresses economic activity and makes life harder for everyone else - particularly those at the bottom of the economic ladder." The elites also believe that they deserve to have all the money, and that the rest of us deserve to be poor. Maybe they're not solving the problem because, for them, it's not a problem.

"Big Banks Get Tax Break On Foreclosure Abuse Deal: Consumer advocates have complained that U.S. mortgage lenders are getting off easy in a deal to settle charges that they wrongfully foreclosed on many homeowners. Now it turns out the deal is even sweeter for the lenders than it appears: Taxpayers will subsidize them for the money they're ponying up."

Rick Perlstein, "Our Obama Bargain (Part 1 of 3): We have on our hands a President Groundhog Day. [...] Obama initiates a negotiation; finds his negotiating partner maneuvering him into an absurd impasse; then 'negotiates' his way out of a crisis with a settlement deferring reckoning (in the former of further negotiation) to some specified time in the future, at which point he somehow imagines negotiation will finally, at long last, work - at which point the next precipice arrives, and he lets his negotiating partners defer the reckoning once more." Or, at least, that's the story we're meant to believe....

On the fortieth anniversary of Roe v. Wade, Jill LePore looks back at Sanger, Guttmacher, et al., and how the top-down anti-choice strategy made liberals timid.

Abi Hassen: "Aaron Was a Criminal and So Are You [...] Thus, we are all criminals in waiting - a fact that is dramatic in the world of 'cyber-crime,' where a typical Internet user is potentially liable for millions of dollars per day in copyright violations. The question then becomes, who is chosen for prosecution and why? If the feds just randomly prosecuted typical Internet users for violating 'terms of service' agreements, which is what Aaron did, the popular backlash would be too great. So instead, they pick their targets carefully."

Laurie Penny says the Murdoch phone-hacking case and the Levenson report were Britain's Watergate: "The British press is about to change for ever but that's no thanks to the Leveson report. After another round of back-room, minute-less meetings between ministers and managing editors, it has become clear that the bland tome of equivocation and suggestion that was the ultimate result of a media and parliamentary corruption scandal that nearly brought down the UK government is going to make almost no difference. An alternative draft bill has been published by Hacked Off, a pressure group representing 'victims of press abuse'. The term describes a group distinct from the vast majority of us who have to live in a country where 'shirker' has become a political category. Hacked Off's report is hardly a radical document. It merely suggests that the recommendations of the Leveson inquiry be implemented in full, rather than politely ignored."

Stomping on the Flag

Bill Maher, Why Does Amendment #2 Trump All the Rest?

"For Want Of A Nail" is a fine example of a Poe.

The Weapon Shops of Isher

Atrios posted a link to an animated .gif of the NY subway expansion over time, and naturally we all thought, "I wanna see one of the London Underground."

In 1969, it was a whole lot easier to go to the moon than to fake it. And your government has bigger things to lie to you about.

"Shine" - Louis Armstrong and his orchestra