Can't believe you fake it 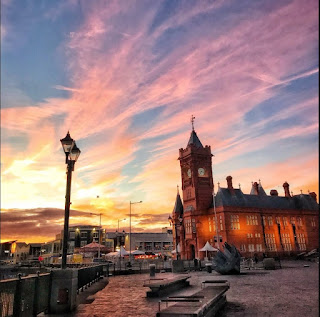 "Benjamin Netanyahu: The fugitive Crime Minister: In a move considered surreal even two days ago, the Israeli Knesset — elected on April 9th — dissolved itself last night (Wednesday). Some new Members of Knesset didn't even get to get to give their maiden speech. The vote on dismissal came after a few political days which cannot be described as anything but lunatic. [...] With no cards up his sleeve and no rabbits in his hat, the so-called wizard of Israeli politics managed to pull an extraordinary act of self-immolation."

"Biden, Sanders other Democrats lead Trump in Michigan poll: Lansing — While most Michigan voters don't want Congress to impeach President Donald Trump, a majority said they would vote against him if the election were held today, according to a new statewide poll. Both former Vice President Joe Biden of Delaware and U.S. Sen. Bernie Sanders of Vermont showed 12-point margins over the first-term Republican incumbent in a Glengariff Group public opinion survey of 600 likely voters released to The Detroit News and WDIV-TV (Local 4). Three other Democrats included in the poll were preferred over Trump by less substantial margins. [...] South Bend Mayor Pete Buttigieg (6 points), U.S. Sens. Elizabeth Warren of Massachusetts (4 points) and Kamala Harris of California (3 points) polled ahead of the president in the Glengariff poll, but the advantages of Warren and Harris were within the 4-percentage-point margin of error."

"Ginsburg sides with conservative justices in ruling over prison sentence: The Supreme Court on Monday found that a criminal defendant can be sentenced for violating his supervised release, even if the release expires while he is incarcerated ahead of facing new charges. The justices, divided in the 5-4 decision, ruled against Jason Mont's argument that a district court shouldn't be able to charge him for violating his release because the term had expired at the time of the new sentencing. [...] However, Sotomayor wrote in the dissenting opinion that she doesn't agree with the majority's reasoning "that a person 'is imprisoned in connection with a conviction' before any conviction has occurred.'"

Ryan Grim's book We've Got People: From Jesse Jackson to AOC, the End of Big Money and the Rise of a Movement is coming out, and he's done a couple of interviews on it that are really worth listening to, and you can find them here. The one with Chapo Trap House is particularly fine and concentrates on the evils of Rahm Emanuel and his would-be successor, Josh Gottheimer.

RIP: "Musician Leon Redbone dies aged 69 [...] Notoriously secretive, Redbone rarely spoke out but when asked in a rare interview why he chose to focus on music from the 20s and 30s, he said: 'It was a more interesting time, a more interesting period in the history of the music development of certain styles of music. Something about it seems to speak to me more than what came after.'" My favorite line in this obit is, "Born in Cyprus and once allegedly known as Dickran Gobalian" - I mean, what?

RIP: "Three-Eyed Man: Remembering Psychedelic Seer Roky Erickson." The genius behind the 13th Floor Elevators has died at 71. Rolling Stone has some clips up for you.

"There is hard data that shows that a centrist Democrat would be a losing candidate: Economist Thomas Piketty wrote a paper about this in 2018, though the Democrats paid no attention. The Republican Party has earned a reputation as the anti-science, anti-fact party — understandably, perhaps, given the GOP's policy of ignoring the evidence for global climate change and insisting on the efficacy of supply-side economics, despite all the research to the contrary. Yet ironically, it is now the Democratic Party that is wantonly ignoring mounds of social science data that suggests that promoting centrist candidates is a bad, losing strategy when it comes to winning elections. As the Democratic establishment and its pundit class starts to line up behind the centrist nominees for president — mainly, Joe Biden, Cory Booker and Kamala Harris — the party's head-in-the-sand attitude is especially troubling. [...] Piketty's paper is an inconvenient truth for the Democratic Party. The party's leaders see themselves as the left wing of capital — supporting social policies that liberal rich people can get behind, never daring to enact economic reforms that might step on rich donors' toes. Hence, the establishment seems intent on anointing the centrist Democrats of capital, who push liberal social policies and neoliberal economic policies."

Somewhat longer than usual post by Atrios that begins: "Both Sides: I often think people miss the point of the 'both sides' joke which is not actually that the press always feels the need to bring the universe into harmony by finding a way to match up the sins of one party with supposedly equal and opposite sins of the other. They only both sides...one side. As in, Democratic sins stand on their own, while Republican sins inspire lines like 'Republican Congressman John Smith's conviction on 37 counts of child rape are a stark reminder of the time Democratic Congressman Jay Smith was arrested for whistling too loudly at a woman in public in 1926.'" Read the rest.

Jimmy Dore found a really creepy video of a guy explaining how to provoke a war with Iran. Not as a warning, but as a How-To.

"What was the first US city to undergo an attack from the air? No, not NYC, 2001. And it wasn't Honolulu, 1941, either. No, it occurred during what was probably the worst, bloodiest, deadliest and most destructive 'race' riot in American history occurred in 1921: in the 'Black' neighborhood of Tulsa, Oklahoma, called Greenwood. The Governor of Oklahoma ordered military aircraft to attack the Greenwood district of Tulsa with incendiary bombs and sniper fire on Sunday, June 1, 1921, to suppress a 'Negro Rebellion.'"

Coo, Wikipedia has a nice pic of Whit Diffie.

Have a clip from "Feast Your Ears: The Story of WHFS 102.3 FM. I can't actually remember when I first met Cerphe, I guess it was wandering into the building to see a friend who had a late show, but I haven't seen him since that time I saw him hitching into town and picked him up and got to see his new hair up close.