Got their soul up on a shelf 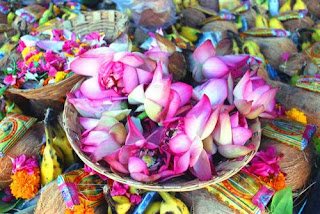 Commenter ksix points to an article by RJ Eskow that could be called "What's the matter with California?" Because: "One key to Obama's 'evolution' can be found in Thomas Frank's 2004 book, What's the Matter with Kansas? In it, a frustrated Frank argued that conservatives had persuaded heartland Americans to vote against their own interests by using social issues like gay marriage and abortion. His arguments resonated with a lot of liberals. Many of my friends expressed anger, frustration, and even contempt for the way 'values voters' (as Republicans called them) repeatedly undermined their own economic needs in the voting booth. Is it their turn? Politicians are winning liberal hearts and minds on social issues, while at the same time embracing a corporate political agenda based on ever-greater wealth for the few and increasing austerity for the many."

Apparently, Walter Pincus has now become a part of The Washington Post horrorshow. The Post has always managed to maintain a staff of good reporters, although those numbers are dwindling, and I guess Pincus is getting old and that means it's time to stop being a reporter and start being another op-ed page mouthpiece for the establishment. I mean, they still haven't replaced Broder, and Pincus has always had decent reportorial credentials - just the right laurels to rest on. So, he has been enlisted as part of the attack team against Glenn Greenwald and Edward Snowden. Glennzilla reports. Atrios comments: "Pincus's Greenwald broadside seemed like a lazy reprint of an oppo dump." Yes, it certainly had that feel.

"Secret FISA Court Widens Power Of NSA To Spy On Us All: In other words, since theoretically almost anyone might possibly be guilty of anything, it's not really an unconstitutional policy that makes a joke of the 4th Amendment to gather data on everyone -- with the blessing of a secret court, accountable to no one:" But that's just the point - if you want to get someone, you can always find something hidden somewhere, and that's useful for oppressive governments that want to discredit detractors (or bang-up personal enemies), which is what the 4th Amendment is precisely meant to prevent. And maybe they do use it for that sometimes, although I think right now it's just another security state cash cow, since it doesn't actually work to prevent terrorism.

Atrios points us to a Success in fighting wage-theft: "After Outcry, McDonald's Franchise Drops Compulsory 'Payroll Debit Cards' [...] Outrage has been building over payroll debit cards - fee-laden prepaid bank cards that some businesses now use to pay their workers - since the Times Leader reported on June 17 that Natalie Gunshannon of Dallas Township, Pa. had sued the McDonald's where she worked for making the cards compulsory. The cards are loaded with sneaky fees that leave workers essentially paying the bank for access to their wages. [...] Under the onslaught of negative press, there have been steps in the right direction - the McDonald's franchise where Gunshannon worked has now said that it will offer all its employees the option of a paper check or direct deposit, in addition to the card. Previously, according to the lawsuit, only managers had that choice." This isn't the only example of wage-theft we have to fight, of course, but we need to watch out for all of them.

Good interview in Salon with Radley Balko about our militarized police force: "So when you arm a cop like a soldier, when you dress ‘em like a soldier, when you tell ‘em to fight in a war and then send ‘em out into a neighborhood that he has no stake in and doesn't consider himself a part of, you get a very antagonistic, us-versus-them relationship between the officer and that community. I think that is really pervasive, and the rise of the stop-snitchin' movement, whatever you think of it, shows there are entire communities in this country that are more afraid of police than they are of the people that the police are supposed to be protecting them from. That is a pretty terrible development."

What she said about Obama in Ireland.

On Tuesday, surveillance cameras in the center of the city of Utrecht were decorated with colorful party hats to celebrate the 110th birthday of George Orwell.

Finally, the Truth About Casablanca

Weekend Special: What If A Cricket Fan Had To Suddenly Announce A Baseball Game?